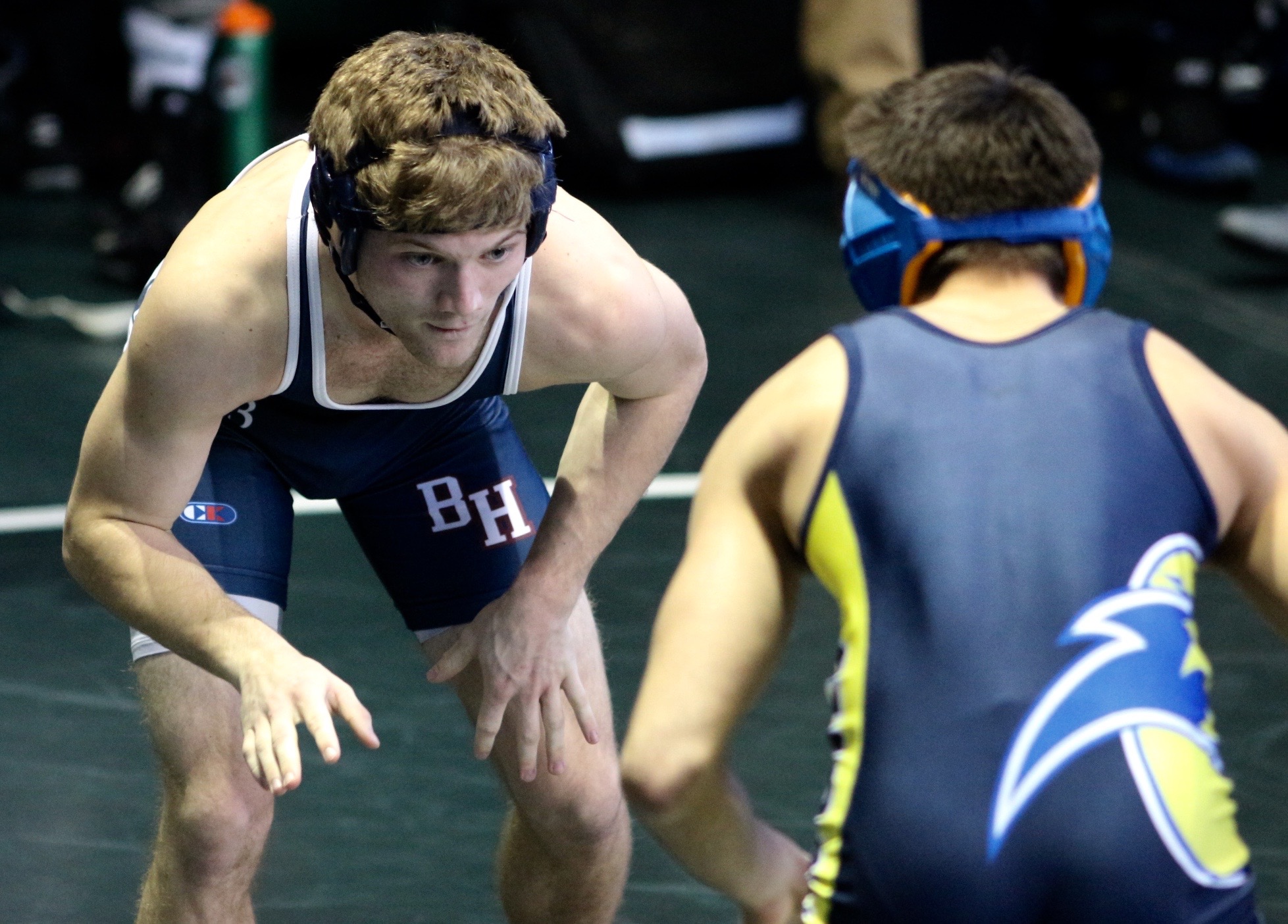 Returning to the mats after a record-breaking season, Belmont Hill Varsity Wrestling looks to capitalize on its depth: losing just four starters, the squad is poised to resume their dominance from last winter. Led by co-captains Philip Conigliaro ‘18 and William Ryan ‘17, the starting lineup boasts a wealth of returners: Ryan Williams ‘17, Matthew Smith ‘19, Maahin Gulati ‘18, Henry Griffin ‘17, Seth Israel ‘18, Colin Vallis ‘19, Luca Pontone ‘19, and Michael Glauninger ‘19. With Owen Grady ‘18, Shane Rockett ‘19, and newcomer Hamza Shemsu ‘19 rounding out the lineup at the start of the season, the team also holds a similarly formidable cast of both returning and new wrestlers ready to step up to challenge.

Practicing under the three banners in the wrestling room – now embroidered to reflect the historic 2016 season – the boys understand that they cannot afford to be complacent. With strong competition abound throughout the ISL and New England, the experienced Belmont Hill squad, aided by sizable numbers, recognizes the importance of the vigorous, demanding preparations that all successful teams must undertake at the start of their season.

Seizing on the opportunity for some competition before the start of the regular season, on December 2nd, the crew travelled to Newark, New Jersey to wrestle in the two-day-long Caruso Tournament. Facing some of the toughest teams in the nation, including perennial national-championship contenders Blair Academy and Wyoming Seminary, Caruso is the ultimate opening to the start of the varsity season. Sharing the mats with Phillips Exeter, a persistent New England powerhouse, this season looks to be the sequel to the rivalry that began last year with Belmont Hill seizing the New England title from the incumbent champions from New Hampshire.

“The season opened up with a strong performance down at a Caruso and a successful regular-season start at Governor’s. We’re looking forward to continuing the success of last season and welcoming new boys into the program, while also working with returning wrestlers.” – William Ryan ’17 (C)

Indicative of the pre-season strength of the team, the boys performed remarkably well at Caruso, with captains Phil Conigliaro ‘18 and Will Ryan ‘17 out-wrestling their opponents for a second and third place finish, respectively (see below for full results). Beginning the regular season with a dual-meet matchup against Governor’s, the squad’s trail of dominance persisted, securing Belmont yet another win for their season. With such strong tournament and dual-meet performance this early in the season, the team has the grit, experience, and heart for yet another legendary winter season.