Who won the debates?

Who won the debates? 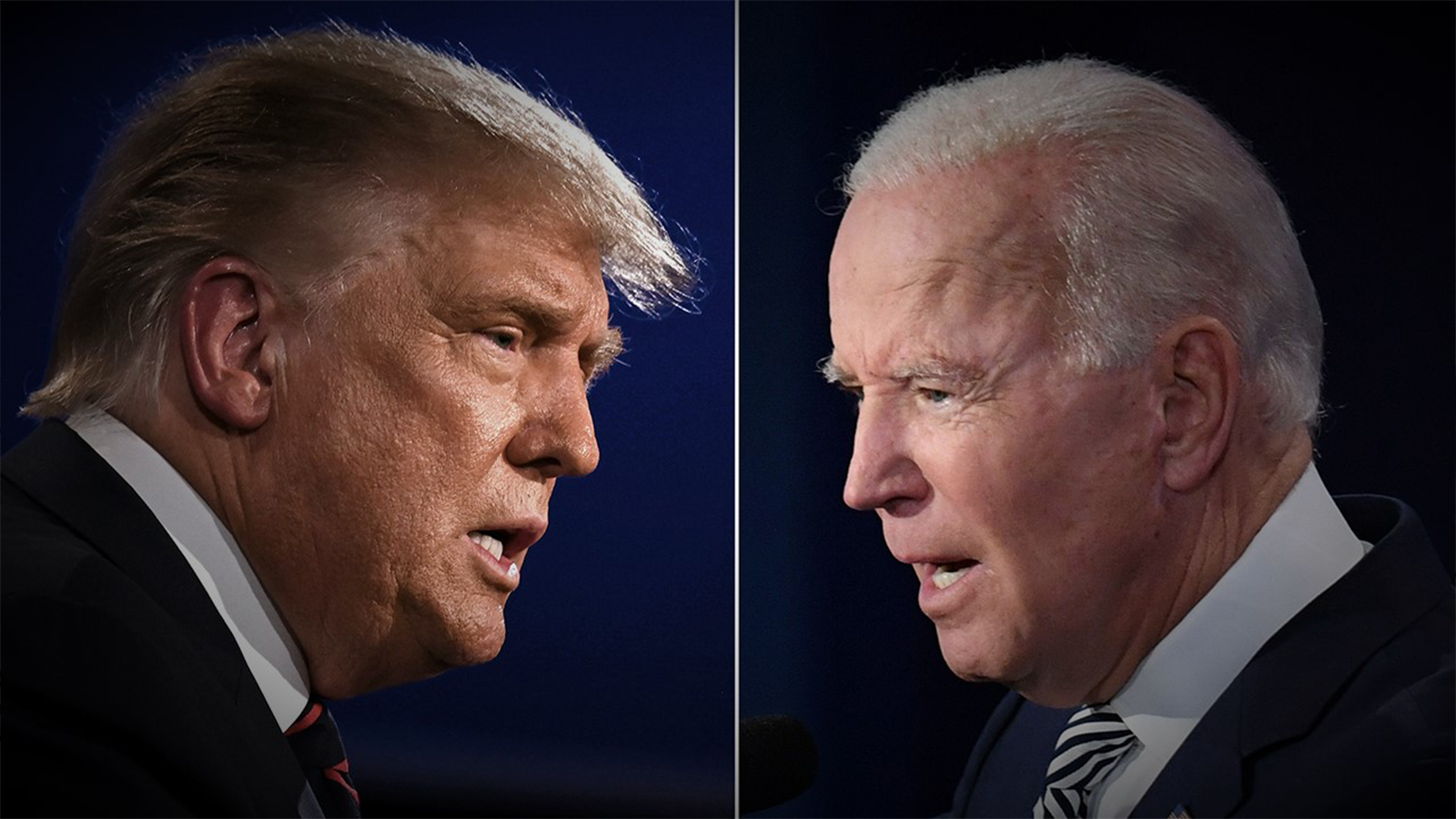 In the midst of a global pandemic and widespread protests on racial injustice, the country tuned in to watch the first Presidential Debate of 2020. In a cramped 90 minute session, the presidential candidates delivered an unpresidential, shaky debate, full of interruptions and disrespect. The candidates sparred on six key topics: political records, the Supreme Court, COVID-19, the economy, race inequality, and the election’s credibility. A week later, the Vice Presidential debate was a much calmer affair, with both candidates acting more reasonably and presidentially than their partners higher up on the ticket. In both debates however, the moderators were almost powerless. These debates set the stage for what will surely be the most contentious election in recent American history.

For many, Trump came in too rash and aggressive during the presidential debate, going straight for the jugular. Throughout the debate, Trump seemed to be trying to disorient Biden and provoke him to stumble and make a fool of himself. At one point, he even said, “There’s nothing smart about you, Joe. Forty-seven years you’ve done nothing.” The Trump campaign was looking to further the idea of Biden’s “mental unfitness” as a presidential candidate. Unfortunately for Trump, Biden neither stuttered nor made any of the mistakes that Trump sought to provoke. Consumed by his bold offence, Trump lacked foresight and concrete answers on a future agenda, including condemning Obamacare with no plan to replace it. He also failed to condemn white supremacist hate groups, similar to the comments surrounding the Unite the Right Rally, which sparked Biden’s presidential run. He went as far as telling the far-right hate group the Proud Boys to, “Stand back and stand by.” He touched on making several strong arguments but quickly passed them as he attempted to drill Biden. On Biden’s critical vulnerabilities, such as packing the court and closing the country, Trump was too focused on heckling to expose Biden. Thus, the moderator was not able to press Biden on these possible wins for Trump. Overall, Trump had a substantial chance to gain a leg up on Biden but fell short due to his aggressive personality.

Joe Biden’s primary goals going into the first debate were to reinforce his lead in many polls by pointing out Trump’s failures in the past four years and presenting himself as a strong alternative to Trump. Although Biden did a decent job of staying above the fray, he did, on a few occasions, revert to insults, calling Trump a “clown” and telling him to “shut up.” While progressives heralded this move as appropriate given the circumstances, it did not help Biden’s hopes of appearing more mature than Trump. Additionally, even though he had an abundance of talking points and flaws in Trump’s presidency to discuss, he did not necessarily capitalize. He did well criticizing Trump’s handling of the pandemic and racial injustice, but he frequently had shaky answers that sometimes were hard to follow and did not take advantage of many other shortcomings of the Trump administration. Additionally, he dodged questions on the subject of Supreme Court-packing. For Biden, dodging the question is a better alternative to admitting that he may indeed consider packing the court, but all the same, it did not reflect well on his campaign. Despite all of this, Biden still appeared as a solid option next to Trump, who had a wild performance. Additionally, all he had to do was protect his lead, and it seems as if this debate did not significantly affect polls. In this way, the debate may not be seen as an absolute victory for Biden, but it was definitely not a loss.

General thoughts from critics argued that Biden did better than Trump. A poll of Belmont Hill students concurred on this analysis. However, the numbers were much closer, with 23% of students surveyed for Biden and 16% for Trump. Interestingly around 50% of the students thought nobody won. When asked if the debate format should be changed, ⅔ were dissatisfied with current standards. The most common request from the students was to add a “mute button.” This can be directly attributed to the moderator’s inability to control the debate and prevent Trump’s interjections. From the many moments standing out from the debate, the two most listed were Trump’s “Stand back and stand by,” and Biden’s “Will you shut up, man?”

Mike Pence had a stellar performance at the Vice Presidential debate, providing a sharp contrast to President Trump. He presented himself as a disciplined and knowledgeable candidate who could fight neck and neck with Harris. He did a good job attacking Harris on the subject of Supreme Court-packing, a question that she refused to answer. He also emphasized the administration’s pre-pandemic economic success, highlighting its strengths and dodging questions on its weaknesses. However, he had trouble answering questions on Climate Change and Abortion. Additionally, he could have done well to brush the fly off his head, which stood out against his white hair and distracted people from the valid points he was making. Despite his solid performance, it is unlikely that this debate will profoundly affect the results of the election, as most voters seem to have already decided.

Kamala Harris entered the Vice Presidential Debate with high expectations following the Presidential Debate and a lead in polls. While debating, Harris was reserved when faced with Pence, who consistently went over his time. Unlike Biden in the previous debate, Harris was not provoked or drawn out in a harmful fashion. She remained relaxed, given the intensity of the current political climate. For the majority of the debate, she fulfilled her goals, bringing light to topics such as Trump’s handling of COVID-19 and Trump’s personal failures. She condemned Trump’s tax records and hesitance to condemn white supremacist groups. However, she dodged relevant issues, like court-packing and her differences in abortion policy with the Biden campaign. Her lack of experience on the national debate stage may have also hindered her performance. Additionally, she faced the burden of her progressive views contradicting the Biden Campaigns more moderate stances. The response from critics to Harris’s performance was mixed, but many say she followed through in supporting Biden and his policy in a calm and thought out manner.

The demeanor of the Vice Presidential debate was what the American people should think of when the term “presidential debate” comes up. Both candidates were much more reserved and respectful than the Presidential Debate. Compelling arguments were made for both sides, but we thought Pence had a slight edge over Harris in terms of debate performance considering the predicament that the Trump campaign is currently in. Harris made many astute points and attacks, but Pence was able to collect some of Trump’s fragmented arguments and successfully deliver them. Despite this edge, the Vice Presidential debate will not offset Trump’s less-than-satisfactory performance in the Presidential Debate. The results of both debates may not affect polls to a suitable degree, leaving Biden with the lead. To renew his presidency, Donald Trump will need a lucky break to change the tides of this election.

“One person on the stage had empathy and compassion, the other malice and disrespect”

“it felt like I was watching a Comedy Central special”

“no sense of American decency in that debate”