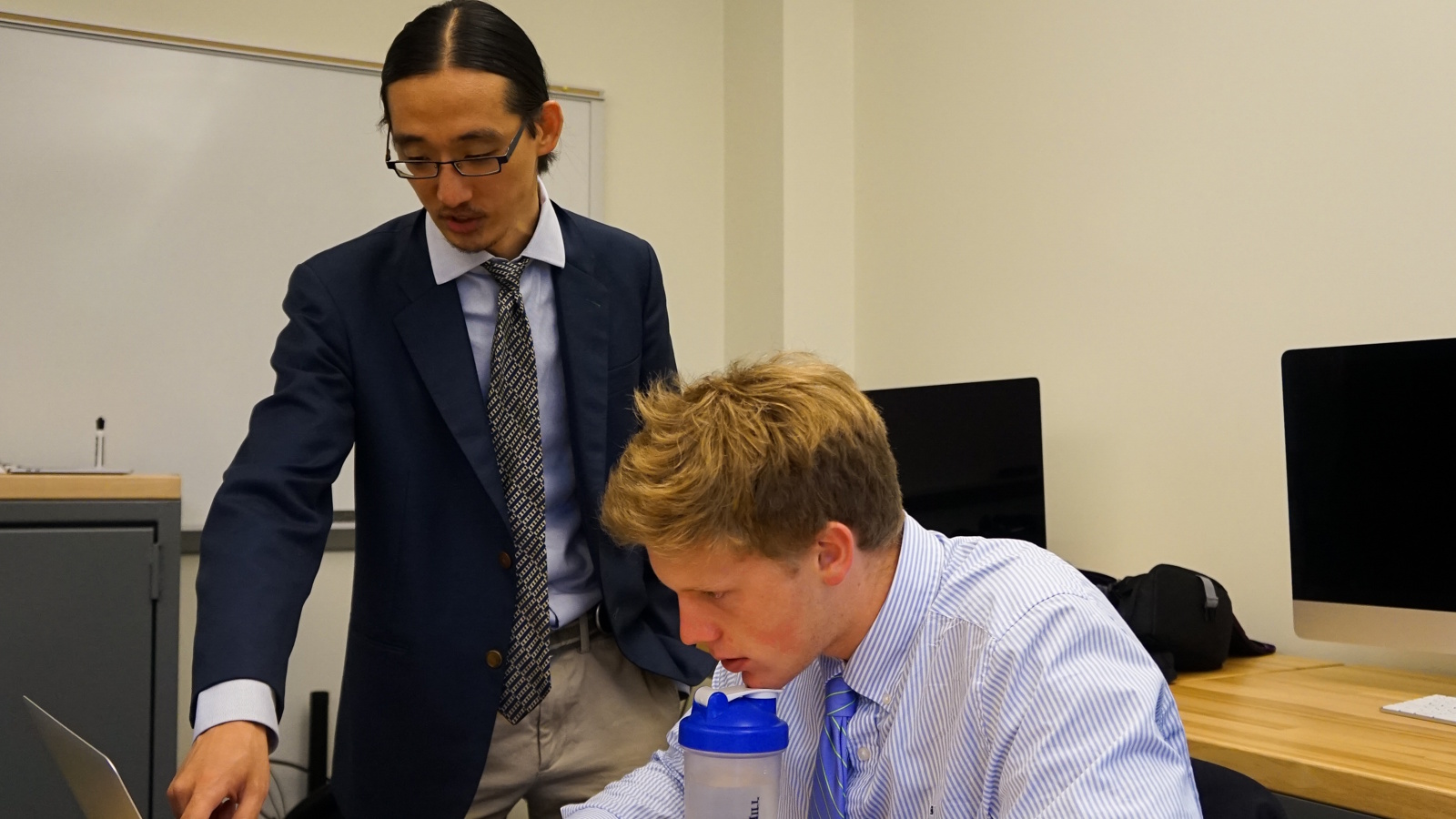 A graduate of MIT, Mr. Choi is teaching Third Formers Introduction to Computer Science and Sixth Formers Advanced Computer Science Principles. Originally from Louisville, Kentucky, Mr. Choi attended two high schools growing up: DuPont High School and Kentucky Country Day, a charter school similar to Belmont Hill. As a student there, he competed on the math team and quiz bowl team. He also played violin in the youth orchestra. He went on to study at MIT, where he mastered in Computer Science. While there, he maintained an extracurricular presence through the songwriting club and the drama club along with writing arts reviews for the school paper.

After graduating, he worked in the private sector for BBN Technologies, a subsidiary of Raytheon. There, he specialized in Research and Development as a “Senior Scientist.” While working on many projects, he engaged with “machine learning,” which relates to coding a machine to think as a human would. This interesting research can be used for automatic speech recognition, machine translation, and video analytics. One of his favorite projects from his time there revolved around speech analytics and testing how fast computers can learn to translate new languages. These projects are often commissioned by either the government or the intelligence communities. While he had worked on some extremely valuable products, Mr. Choi grew tired of his work not being utilized.

Therefore, he sought a new challenge and, in coming to Belmont Hill, he has found it. Along with teaching classes, Mr. Choi will be working in the Drama department, will manage the iLab, and will also operate as a Sixth Form advisor.