Alumnus of the Issue: Jack McNamara ’09

Alumnus of the Issue: Jack McNamara ’09 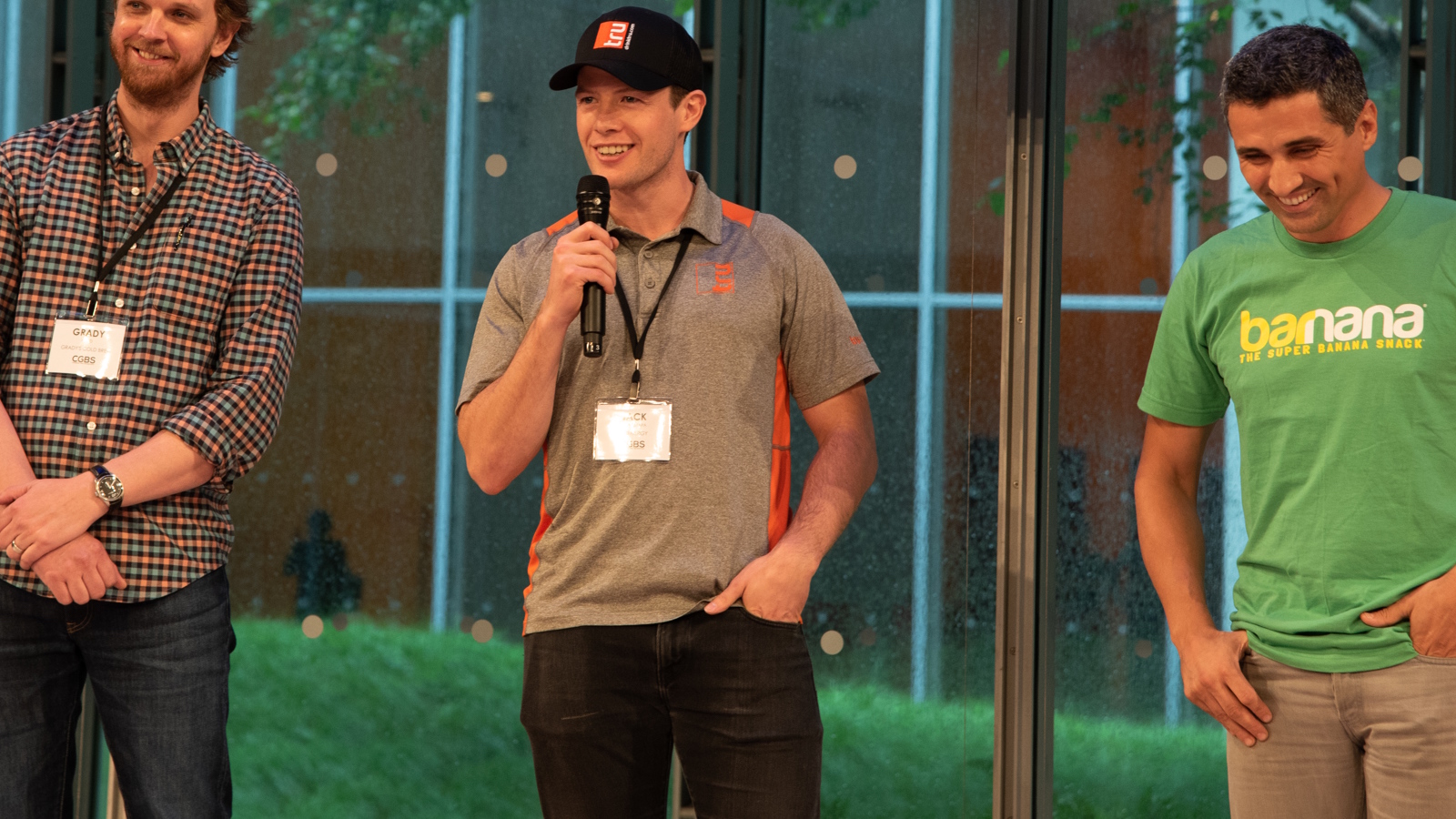 Born in 1990, Jack McNamara ‘09 has led a rich and eventful life featuring professional hockey, coaching tennis, and most importantly, the founding and management of a burgeoning functional beverage brand, Tru.

Jack joined Belmont Hill as a 7th grader in 2003 and graduated with 3 years of Varsity hockey under his belt in 2009. In hindsight, Jack recounts his time at Belmont Hill as one of the most profound in his life so far. Although he still claims that the Form I workload was harder than college, Jack believes that the life lessons he learned on the Hill have aided him in all his ambitions since. His time in school taught him that life rewards those who work hard and refuse shortcuts.

Furthermore, Jack believes that Belmont Hill holds the greatest network of Alums in Boston. After starting his company, Jack sent numerous hand-written letters to his fellow alums and not once was he denied. Belmont Hill alumni remain a family, whether you graduated in 1970 or 2014, and this family cares for each other, with a sense of togetherness, unlike any other school. As Jack reminisces about his time on the Hill, he asserted “To this day, my best friends were made on the Hill while its business network continues to pay massive dividends.” Although Jack went on to play professional hockey across Europe, he asserts that the group of Belmont Hill guys he competed with during his sophomore year were the greatest of his career.  Featuring immense camaraderie, extremely skilled individuals, and a sense of unity, this team won the ISL and made it to New England finals. According to Jack: “Some would say that it was just lucky to have a group of guys so close willing to do anything for one another; however, I know Belmont Hill breeds this mentality and that, in my opinion, is what makes it the greatest high school in America.”

After graduating in 2009, Jack traveled to Sweden, where he played in the country’s top junior league for two years. Two of his teammates ended up competing in the NHL. Back in the States, he played collegiate hockey at Colgate for two years, leaving (with just a backpack and his hockey equipment) to pursue his hockey career in Denmark, where he joined a professional team.  While competing at the professional level, Jack found time to attend the Copenhagen School of Entrepreneurship. Here he began working on a beverage bottle concept called Kickstick, which later became Tru. From 2012-14, Jack played in the top leagues of Denmark, Slovakia, and Norway while also earning his college degree. He had transferred to Boston College, where he was able to complete his college education over the summers. While playing professionally, Jack realized that sugary sports drinks and unhealthy energy shots had flooded locker-rooms. Grasping the magnitude of this issue, Jack planned to solve it: “Instead of waiting for the solution to come, I decided to build it myself.” Jack’s ultimate goal is to become the world’s leading provider of great tasting, nutritional solution to everyday needs. To begin the process, Jack moved to New York City where he participated in two startup accelerators, Startup52 and Food-X, and received his first investment. Jack knew starting his company would be extremely difficult, especially since 5-Hour Energy, a billion dollar company, held a monopoly over most of the market.

However, Jack persevered: “I have always believed that if you work smart and avoid distractions while driving towards a passion, then success is the only outcome”. After incorporating Tru Inc. in September of 2015, Jack moved into a gym where he built Tru with a limited budget. On May 9th, 2018, Jack pitched “Tru” to a group of investors, including former NASCAR driver Danica Patrick, on a show called Elevator Entrepreneur Pitch. On the experience, Jack stated, “Despite getting shut down by a world-famous athlete on a video that got over 1M views, the pitch is something I am extremely proud that I attempted.” In 2015, Jack initiated Tru’s Kickstarter campaign, which established a genuine proof of concept for the company and motivated Jack to continue driving his company towards greatness. Through mid-2018, Jack has developed Tru using a budget of only ~$120k from investment, an outstanding achievement in the industry. Across those three years, Jack refused to pay himself in an effort to aid the company, as he babysat and coached tennis to support himself. Tru’s story has been featured in Forbes, Fortune, HuffPost, Bevnet, and Entrepreneur, among other notable publications. After finalizing the first product, TruEnergy, a nutritious, yet tasty, shot designed to boost performance and energy without compromising health. By 2018, this product has landed in 750 stores and ~250 vending machines across the nation. Tru has ended the year closing a $567k seed round from 26 investors, many of them being Belmont Hill alumni. Jack brought on a Chief Operating Officer and is in the process of launching 5 new functional beverages.

While Jack spent the last three years focusing on TruEnergy, he has learned the industry inside and out. These new Stock Keeping Units, or products, will be Focus, Detox, Sleep, Power, and CBD. With these 5 new products in the pipeline, Tru is at a tipping point. Jack believes, rightfully so, that once these products are released, Tru will take the industry by storm. Jack is also currently editing a ten-part documentary which reveals the process behind developing a company. Overall, Jack attributes much of his success to his grounded and motivated work ethic, which he learned at Belmont Hill. Jack genuinely believes in the phrase Carpe Diem (Seize the Day) as he aims to grasp every opportunity that comes his way. Whether it was leaving his college scholarship to pursue his dream or living in a gym to build his company, Jack’s entire essence is determined. In his closing remarks, Jack spoke on this unmatched resolve: “I do not look in the past, nor do I look in the future. I put my head down and grind so that I can go to bed and sleep easy… then I wake up and do it again.”