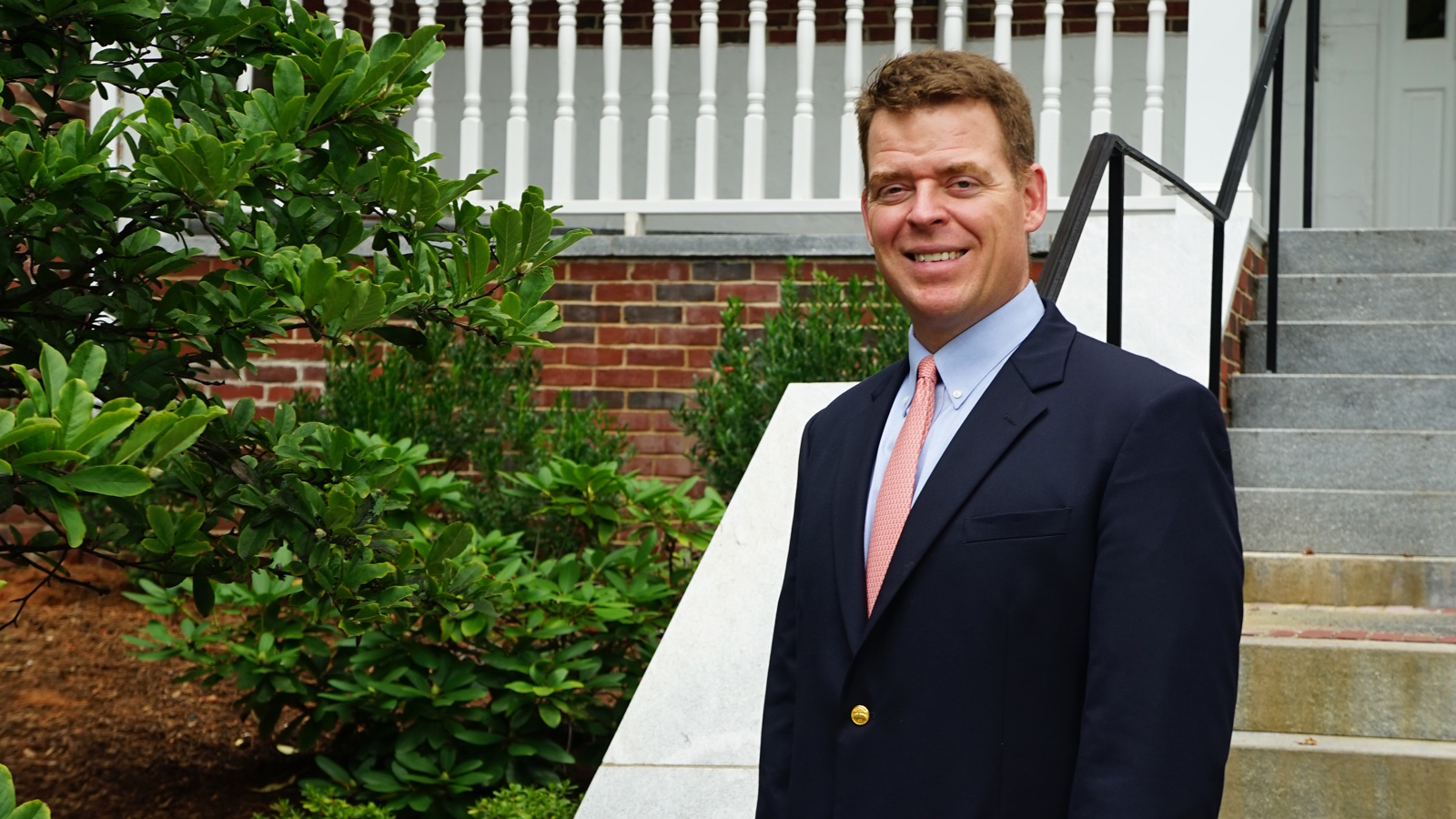 For each of the past 25 years, the Belmont Hill community watched Dr. Melvoin climb the steps of the chapel podium and deliver a back-to school address. This year, however, students and faculty saw a new face surveying the crowd, and heard a new voice projected by the microphone. Whether you’ve seen him peeking into a classroom, perusing the Morse corridors, or taking in an athletic contest, new Head of School Mr. Schneider has certainly made an effort to get to know you. If not via a personal conversation, then perhaps he’s seen your face amidst his stack of flash cards, a pile containing the name and ID photo of each and every student, Forms I-VI.

For longtime attendees of Belmont Hill, the absence of Dr. Melvoin from his lunch table or his spot at the chapel lectern still feels unfamiliar, but students are quickly getting used to his successor. “First impressions of Mr. Schneider have been overwhelmingly positive,” says School President Shane Rockett, “He has a personality that fits Belmont Hill. In school he was heavily invested in athletics as well as music, and he embodies the traits of not letting people put you into a box. For all of us who haven’t seen the school under anyone other than Dr. Melvoin, it will be very exciting to see which way Mr. Schneider takes the school.”

Mr. Schneider’s position in Belmont Hill is certainly a unique one.  While at ease with the power and authority of a headmaster, the former Head of Berwick Academy in Maine recognizes that he is also a “new guy” of sorts. When asked about balancing his prominent role at Belmont Hill with the relative youth of his tenure, Mr. Schneider reflected “I think it is an advantage. On the one hand it is overwhelming, but on the other hand you have the gift of fresh eyes.” A Nobles alumnus, Mr. Schneider also noted that he is coming in to an institution that holds a strong sense of tradition. Hoping to bring in experience and expertise he acquired at Berwick while making sure to keep Belmont Hill’s current culture intact, Mr. Schneider also notes that a “bigger group of new employees” has helped ease his transition into the community.

In reflecting upon his plans for the remainder of the school year, Mr. Schneider revealed that he believes relationships hold tremendous value, saying “I am a believer that relationships have to come before tasks.” Hoping to establish such relationships with due haste, Mr. Schneider aims to hold a half-hour, one-on-one conversation with each member of Belmont Hill’s faculty and staff by Thanksgiving. Since July, he has already completed 85% of his goal. Noting that Dr. Melvoin has handed him a “a very powerful strategic vision,” Mr. Schneider also aspires to hone his own vision before his first year on the Hill is up, although he knows he does not have “all the answers” just yet. Harkening back to the headmaster search process, Mr. Schneider conveyed a great deal of gratitude towards his predecessor, explaining “Dr. Melvoin was an amazing mentor and friend to me over the past year.” He added that Dr. Melvoin is “one of the most ethical, honest people you will ever meet,” and that he aims to emulate Dr. Melvoin’s ethic and devotion to the school in the years ahead.

Mr. Schneider’s enthusiasm for his new job is unmistakable. He describes his impressions of the school as “even better than expected,” enamored with the “energy and sense of purpose” of the students, adults, and alumni. “It is such a dream opportunity to get a chance to lead a place as great as this that you have to remind yourself it’s happening,” he says. Carrying himself with the humility he spoke about in his opening Chapel talk, Mr. Schneider enters his tenure with a reverence for his surroundings and an eagerness to lead them forward.