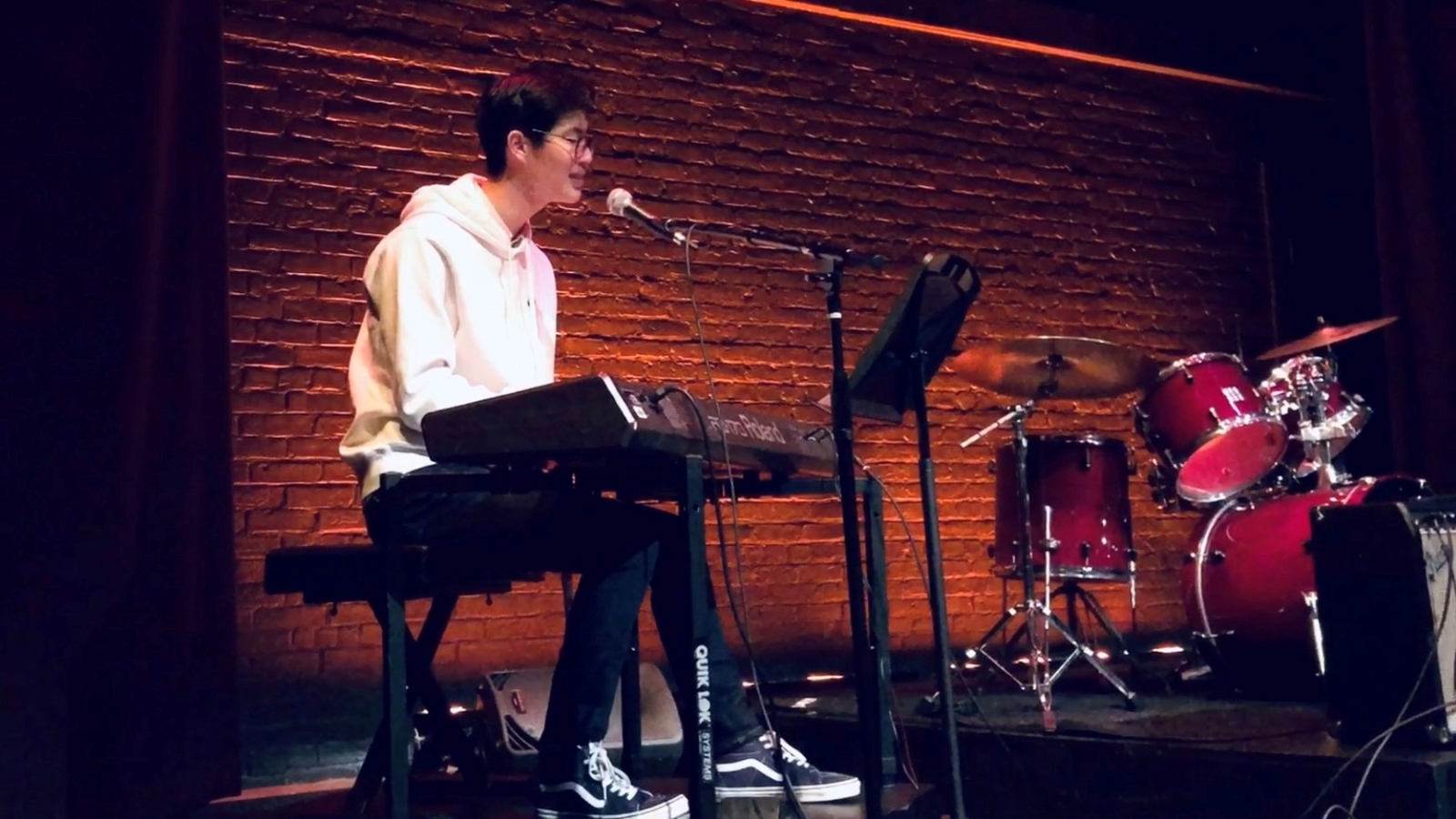 Confident, talented, and passionate. Andrew Jonghyun Lee ‘20 exhibits these qualities in all aspects of his performing arts prowess. These characteristics have allowed him to express his creativity in a musical lense, which has contributed a valuable amount within the performing arts sector at Belmont Hill. From a young age, Andrew expressed a keen interest in musical instruments. At age 9, he picked up the violin and performed in various concerts, focusing mainly on classical music; he continued to play this instrument for many years.

However, his musical expertise does not only entail classical music. It extends to much more modern music such as pop and soul on different instruments (his musical appreciation covers music from the 80s and 90s).  At a very early age, Andrew taught himself how to play the piano. Through many hours after school emulating and transposing covers of pop songs, his ability grew exponentially. During his journey of musical-realization, he discovered his talent for writing music, both musically and lyrically. His original works entitled “Butterflies,” “ForeverMore,” “Cigarette Lady,” “Cecilia,” and “fairytale” resulted from his creativity in writing as well as an affinity for musical culture. Andrew is currently teaching himself how to play the guitar.

Andrew Lee’s musical journey was heavily influenced by the artists that he listened to. His appreciation of older music entails Five for Fighting, Queen, Chicago, and Billy Joel, while more-current artists include Lauv, Quin XCII, Bastille, Parachute, and Passenger. When asked about the importance of music in his life, he responds, “Music has shaped my life in many ways. It has allowed me to appreciate many cultures as well as find my own voice.”

At Belmont Hill School, Andrew has performed in the finals of the Poetry Festival during his junior year and the Coffee House various in his junior and senior years. The most recent Winter Coffee House was a highlight for him as a performer because, for the first time, he performed an original piece (Cigarette Lady) at a public venue. Music has given Andrew a platform to express his creativity and passion. And, he has no plans of stopping his ascent to musical fame.