Artist Of The Issue: Jalen Walker ’21

Artist Of The Issue: Jalen Walker ’21 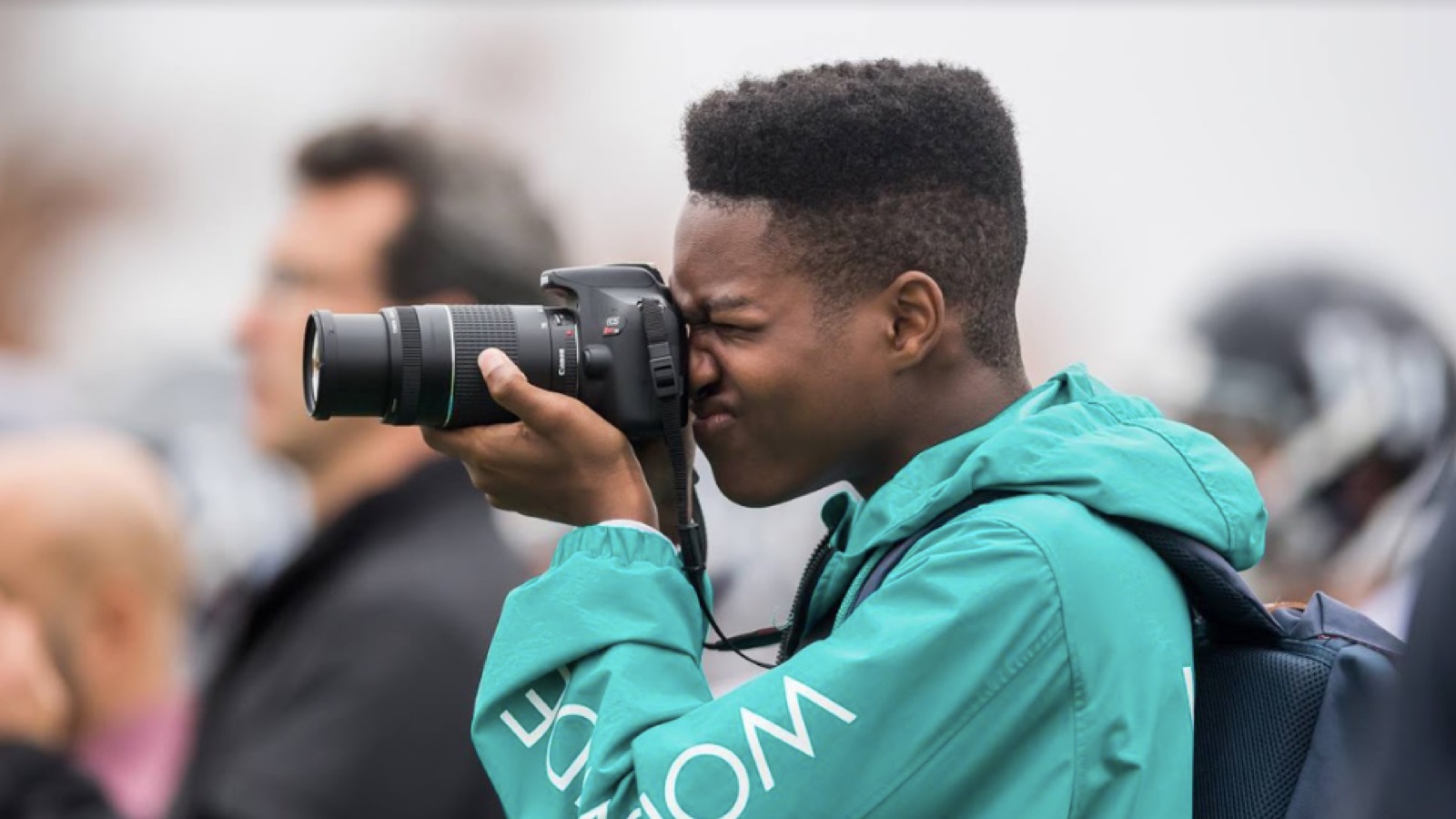 If you have been to a major Belmont Hill sports game this year, chances are high that you have seen Fourth Former Jalen Walker snapping photos on the sideline. Despite only taking photos seriously for two years, Jalen is prolific, usually dropping an album, consisting of anywhere from 100 to 500 photos, at least once a week on his Flickr.

Jalen has certainly found his niche — sports photography. Jalen enjoys shooting sports games because, unlike portraiture or nature photography, which to him can get repetitive, “there is always something new happening in a sports photo.” In addition, Jalen has always appreciated Adam Richins’s work, which initially made sports photography interesting to him. A surreal moment came for Jalen when Richins told Jalen that he liked his work, motivating him to continue his passion and keep shooting sports games.

Jalen has been interested in photography for a while, so, when he got his first chance to get his hands on a camera in a digital video class that he took during his Third Form year, he ran with the opportunity and developed a passion along the way. Mr. Duarte has played an instrumental role in Jalen’s growth as a photographer by helping Jalen become more comfortable behind the camera. According to Jalen, “Mr. Duarte is easily one of my favorite teachers at Belmont Hill because the environment he creates within the photo lab is very motivating.”

Jalen loves the power that photographs have. He appreciates the subtle yet important role that photos hold in our society — the power to represent something greater, to hold a memory. In the digital era, photos will often outlive the photographer or the subject, accordingly so, Jalen loves the idea that people, later on, will enjoy his pictures just as much as his peers do. “Everyone loves to have a handful of good photos of themselves or of the people and events in their lives that they can keep forever.”

Like any endeavor, there are positives and negatives to sports photography. The best part for Jalen is accompanying the team that he is shooting on the sideline. He fondly remembers being a frequent member on the sideline of this year’s football team. Jalen loves not only enjoying the game with a great view but also being able to help the players remember the games with his photos. Furthermore, he feels proud when people from Belmont Hill compliment his photos, validating him, for he contributing positively within the community. On the contrary, it is often hard for Jalen to keep up with the fast-paced nature of most sports. As a result of this, Jalen often finds himself constantly editing and deleting pictures that, in the moment, he thought were adequate, but actually have little imperfections, like too much blur or a referee’s arm in the way. Nevertheless, Jalen does not get discouraged and continues to shoot photos abundantly, with no sign of slowing down.

Check out Jalen’s photo’s on his Instagram (@jalenwalkerphoto) or on his website (www.jalenwalkerphoto.com). You will not be disappointed by his many impressive shots of Belmont Hill sports games.