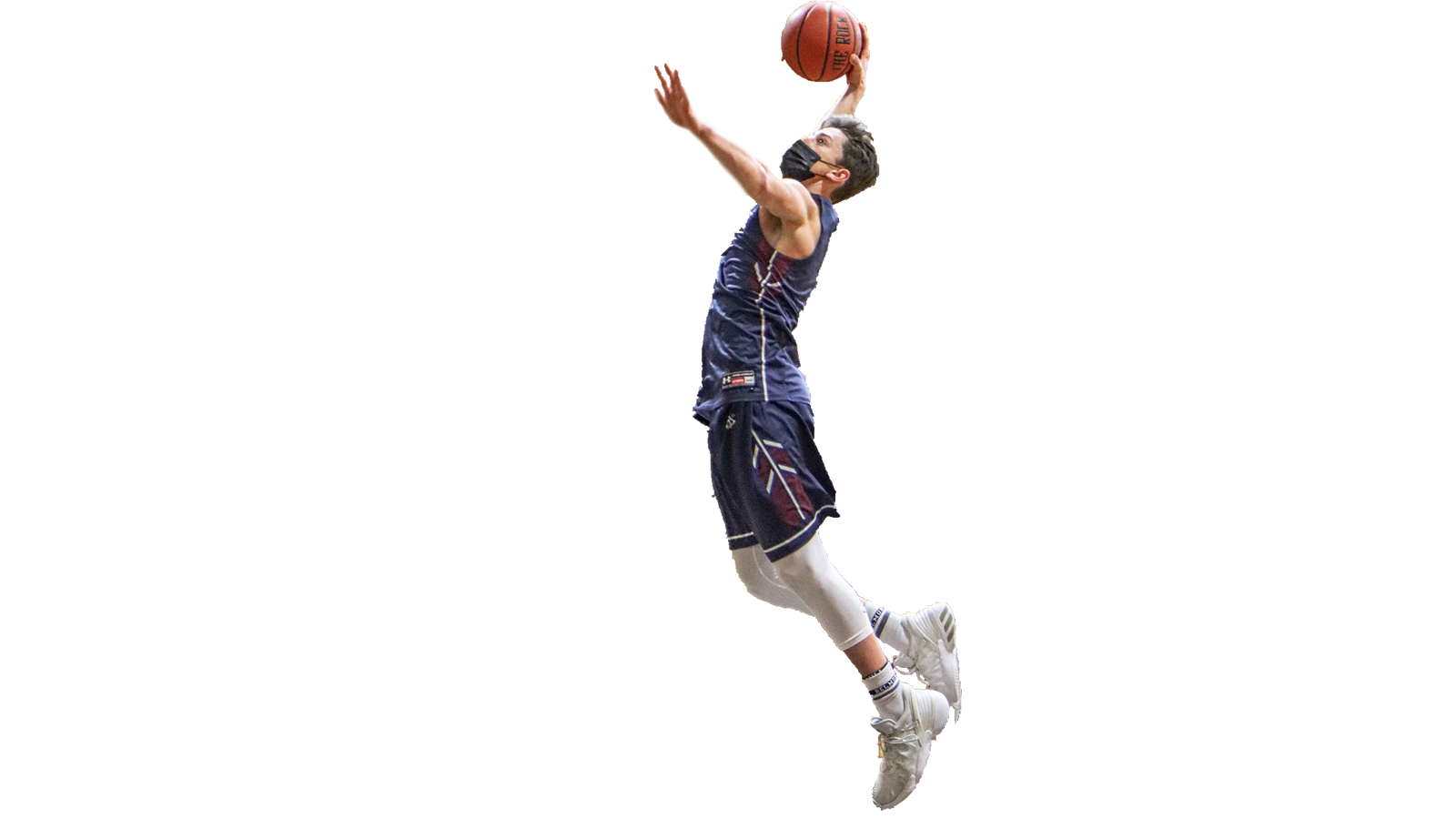 Heading into the last two weekends of the winter season, the Belmont Hill Varsity Basketball team is showing no signs of slowing down. As was the case throughout the season, the Belmont Hill basketball team has been playing an improvised, week-by-week schedule due to COVID-19. Games are scheduled usually within a couple of days before the weekend, with athletic directors sharing test results and other relevant news with each other.

After their strong showing against Roxbury Latin at the beginning of February, the team traveled to St. Sebastian’s again for their third matchup against the school rival. Playing with an injured foot, captain Casey Rockett ‘21 had a strong defensive performance, making his case yet again for the best defender in the ISL. Unfortunately, BH came up short near the end but came back with a vengeance against Lawrence Academy at home in the Fritz Gym. Junior Harry Lodge ‘22 overpowered Lawrence’s big men, leading the team to a win at home.

Next, the team traveled to Nobles and Greenough School the subsequent weekend. Junior Trent Mosquera ‘22 continued to show his dominance on the offensive side of the floor, showing off his post moves against the smaller Nobles guards. Multiple notable highlights came as a result of this game, specifically Trent Mosquera’s block that sent the ball into Nobles’s upper stands and Junior Josh Baldwin 22’s catastrophic dunk over a humiliated Nobles player. The next day was at home and was an unusual date for Senior’s Day due to the unpredictable nature of the pandemic. Nevertheless, senior Kai Ogenah ‘21 fittingly put on an offensive show in front of the senior parents. Unfortunately, the team’s energy was inconsistent, leading to a Noble’s lead that was difficult to overcome by the end.

The next weekend, The BH basketball team had a chance to come back against Rivers after the previous week’s loss. Unfortunately, the team suffered from a lethargic start that resulted in an insurmountable deficit. The next week, the energy on both sides of the court improved tremendously, but the shooting performance by Rivers resulted in a BH loss.

On the last weekend of the month, Belmont Hill played Milton Academy for the first time this year in back-to-back games. On Friday night, the BH basketball team played what felt like the best game in weeks, with Junior Trent Mosquera ‘22 showing off his impressive shooting range multiple times throughout the game. The next day, the team played inarguably the best game of the season, imposing their will upon the Mustangs through transition and in the post. It seemed as though Junior Jayden Hill ‘22 never came out of the game, harassing the Milton guards on defense and making his teammates better on the other end of the floor.