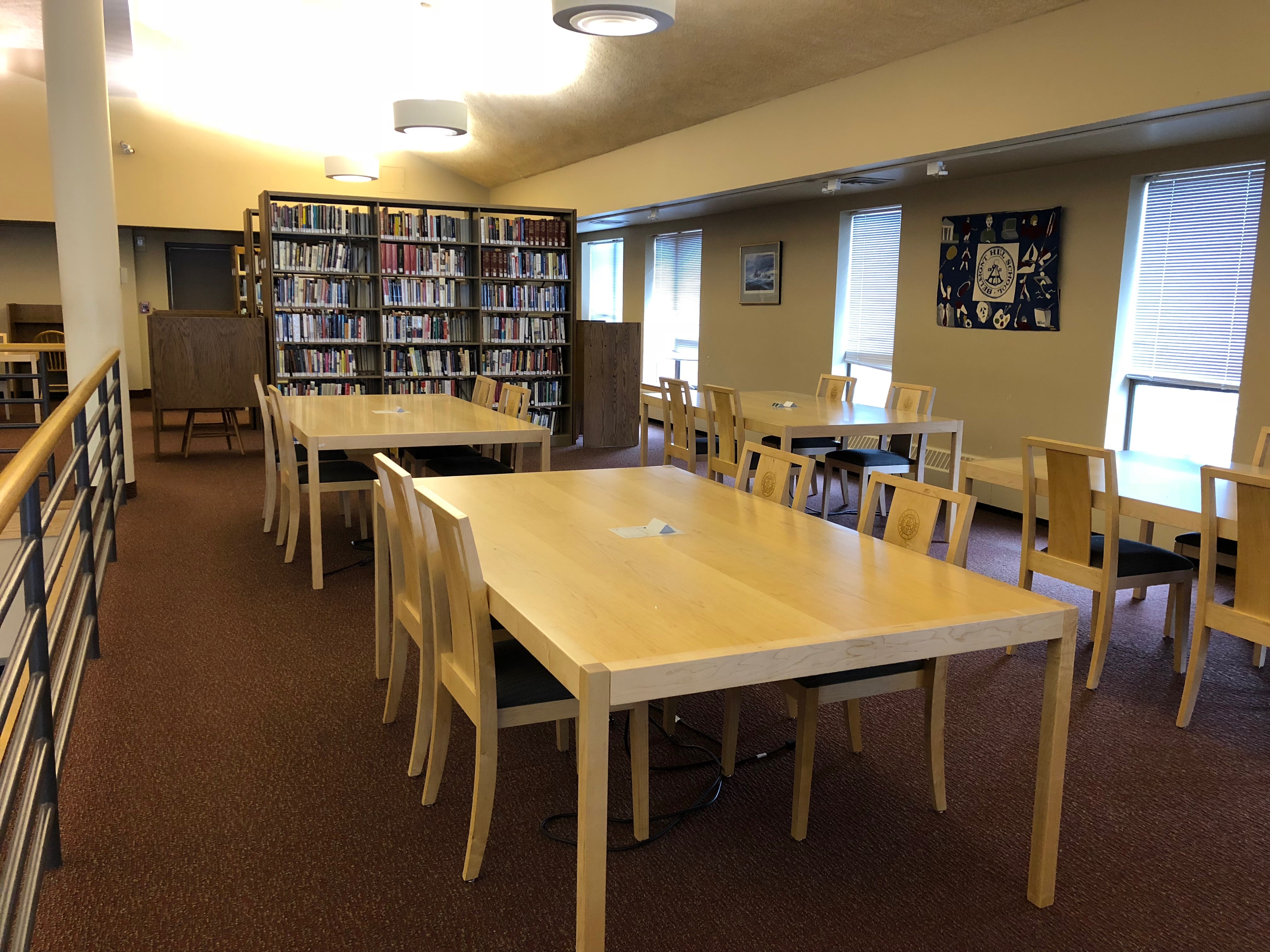 Belmont Hill has officially announced plans to expand the Dining Hall into a portion of the upper level of the Byrnes Library. The enlargement of the Dining Hall is long overdue, as the current space can no longer accommodate the entire senior class. Because of overcrowding, 10 to 12 students overflow into the back room each lunch period, isolating students and disrupting the faculty’s privacy.

The planned expansion will convert part of the upper section of the library into a space confined by glass walls and sliding doors connecting the Dining Hall and the library. During upper school lunch, the doors to the Dining Hall will open up to the room to allow students and faculty to fill four long tables, which the architects estimate can seat up to 48 people in total. The pace would not be used during Middle School lunch because the number of students in Forms I, II, and III are fewer than in the upper grades. Some might worry the extension will take away from the library, but Belmont Hill is one step ahead. During all other hours of the day, doors connecting the library and the new room will open, allowing for students to sit and study in a confined space, much as they do now in the three study rooms on the library’s lower level. The expansion, however, will result in a relocation of part of the collection and some furniture, thereby somewhat crowding the lower levels.

The Dining Hall extension also serves another purpose, as the school has a strategic vision to modestly expand the Upper School in the coming years by 15 to 20 students. The new space will have more than enough room for the current population and gives Belmont Hill the ability to grow the Upper School without seating additional students in the back room.

Before settling on the final expansion design, Belmont Hill also looked into expanding over the Library Corridor. However, after consulting a team of architects and engineers, this approach would have required a support system that would crowd the hallway and that would cost the School much more than expanding into the library. Moving part of the Dining Hall into the kitchen space was a non-starter given the already cramped kitchen conditions. Construction in the library will begin this summer and conclude in time for the start of next school year.