Debate of the Issue: Adult-Sized Baby vs. Baby-Sized Adult

Debate of the Issue: Adult-Sized Baby vs. Baby-Sized Adult 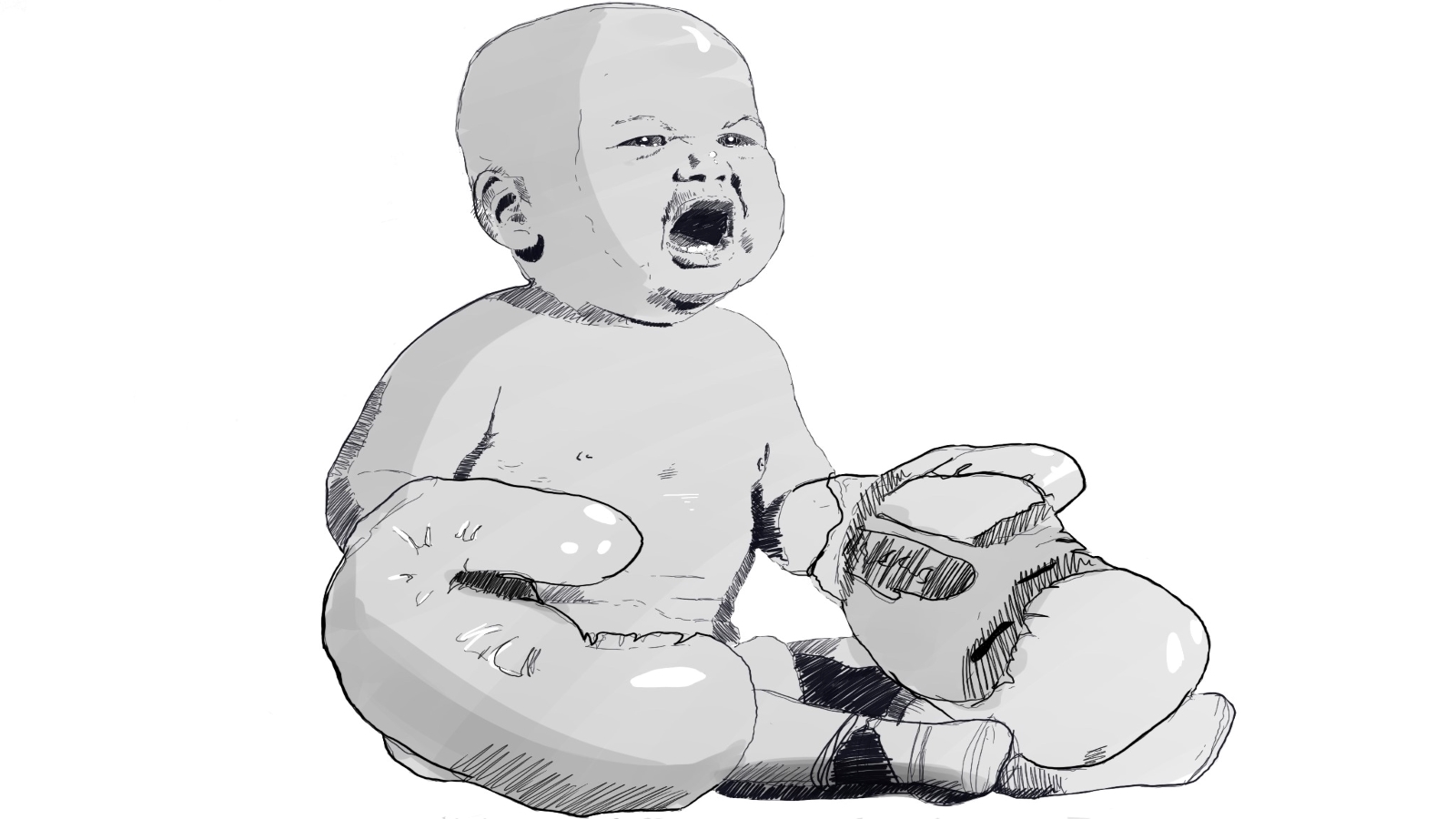 Standing 5 foot 10 inch, 200 lbs, squatting 350 lbs, and the mental capacity of a one-year-old. These characteristics would easily lead to victory against a baby-sized adult. Even with the lack of fighting knowledge, the pure strength and speed would swiftly dismantle the opposition. In a Hunger Games-style event, the adult-sized baby would only have to kick and swing their hands to annihilate the baby-sized adult, as it would have a four-foot advantage. This fight would be identical to Ali and Liston, an immediate blow and knockout, in favor of the adult-sized baby. Who would win a fight to the death between an elephant and a man? Clearly an elephant and this scenario matches that type of fight.

The only major disadvantage for the adult-sized baby would be mental capacity. Its reflexes and decision-making would be slower than the baby-sized adult, but the strength and height would easily make up for the difference. Mental strength is not essential for winning, as strength and power are the most vital parts of a victor. Overall the strength, agility, speed, and height would overpower the mind of the adult. After a long battle of kicking, punching, biting, spitting, and multiple instances of licking, the adult-sized baby would come out on top due to all the aforementioned advantages. An adult-sized baby would be able to dispose of the baby-sized adult and claim victory.

to the death, I immediately assumed that there would have to be multiple large babies in order to defeat the small adult; however, after letting this match play out in my head, I realized that several babies would easily crush the adult simply by crawling around. In order for there to be a fair fight, it must one-on-one. In the end, though, the baby-sized adult should come out victorious.

Let’s break down our opponent: the adult-sized baby. One-year-old humans have various physical handicaps as a result of their complete lack of development. Firstly, the proportionality of a baby’s body makes them extremely under-equipped for hand-to-hand combat. They have very little muscle and very much fat. Yes, this may look cute in the context of Christmas cards and getting ready for bed-time, but it also renders them incredibly weak in regards to their physical capability. Babies don’t necessarily learn to walk, they just do not have strong enough legs for the first year or so of their life. Arguably the most significant debility of babies is their laughably large and pathetically soft heads. The human head starts off looking more like that of a xenomorph from Alien than that of an adult. Not only does their cranium make them top-heavy and clumsy, but it is also vulnerable to trauma. Aside from their bodies unfit for martial arts, let’s remember that we are, in fact, dealing with a baby who only knows how to eat, poop, and sleep. Will they be able to effectively move and attack in a fight? Will they be able to assess their situation and react accordingly, even with life-or-death stakes? Of course not, they’re a baby.

On the other side of this battle resides the baby-sized adult. A fully developed human, in both mind and body, should be able to defeat the baby despite the size difference. The adult will know to retreat from its opponent as it quickly crawls towards him and to attack as it sits idle,  refilling its meager energy supply. The only way the baby can win is by luckily crushing the adult with its body weight, for it will not even be able to apply lethal pressure with its hands or limbs. With clever maneuvering, the small adult should be able to foresee the babies generally slow movements and, thus, stay out of harm’s way. The aforementioned weak and cumbersome head of the baby will often be exposed since it cannot stand up, and blunt strikes to its fragile skull will eventually take their toll. This matchup presents us with a brains vs. brawn fight, yet the baby only has a sizable amount of fat and bone as opposed to actual brawn. Perhaps in the future, whether distant or near, we will acquire the technology and amorality to make this fight happen, and, if it does, I know whom I’ll be betting on.