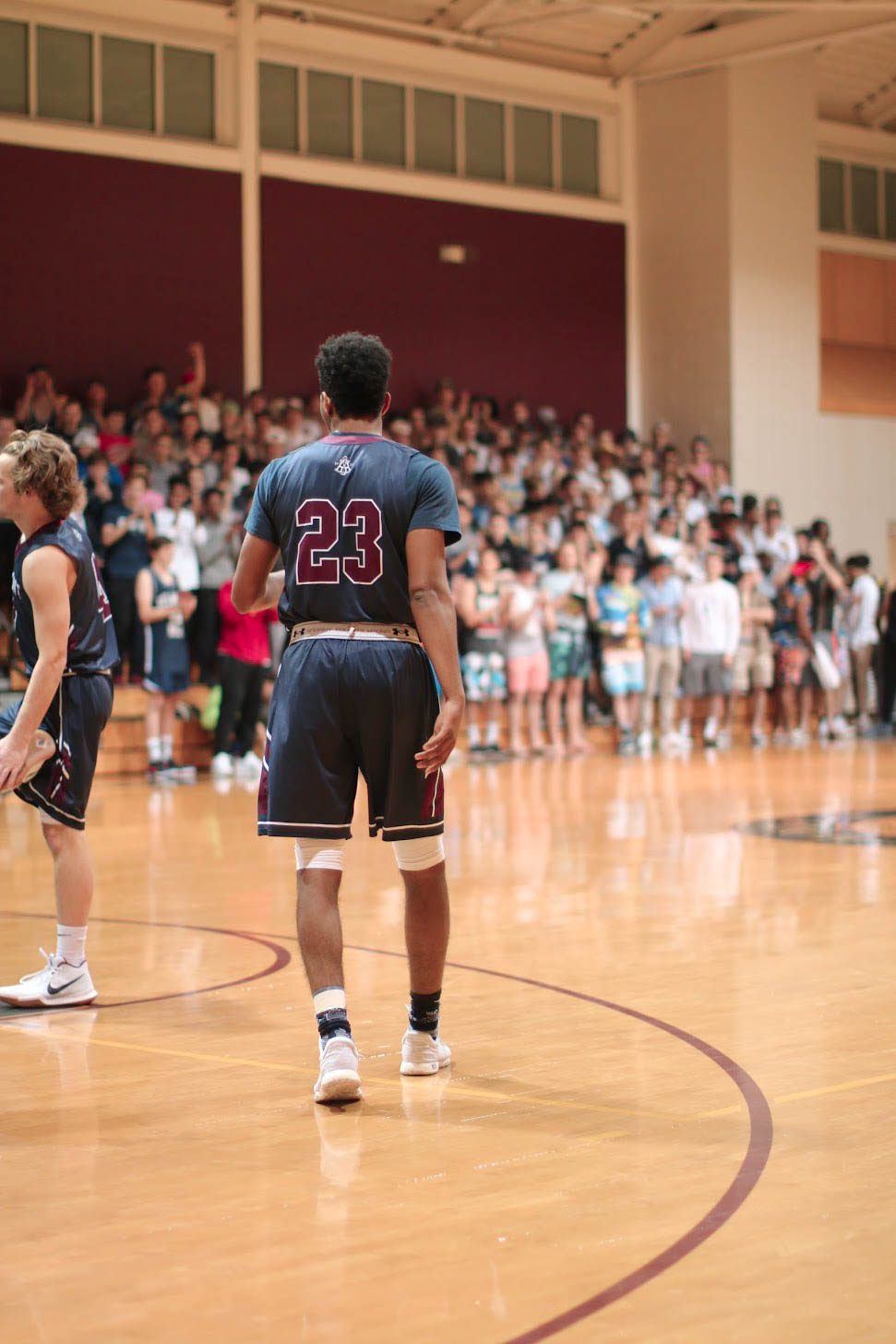 It’s Saturday morning in the Fritz Gym, and the Varsity Basketball team has already compensated for the mounds of turkey, stuffing, and pumpkin pie its members devoured a mere 36 hours prior. High-energy drills that dominate the first half of this morning’s session offset any losses in conditioning wreaked by Thursday’s feast. Excitement levels are high, and everyone understands that this afternoon’s scrimmage against St. Seb’s—though insignificant itself—marks the beginning of the ISL campaign.

Pre-season buzz about matchups, competitors, tournaments, championships, and away games quietly consumes the gym, and through these debates about goals, challenges, and expectations, one fact shines clear: this team is tired of second place.

For three years, Belmont Hill has finished as the runner-up in the ISL. At first, top-three performances in league play excited many about a program that had struggled to post wins. An 18-4 finish during the 2014-2015 campaign marked a significant improvement over a 7-17 record during the 2013-2014 season. By now, however, senior co-captains David Mitchell ‘18 and Jovan Jones ‘18, who have been with the team for all three consecutive second-place years, merely consider second place as recognition for the first loser.

“Winning the ISL,” Mitchell emphasizes, “and then winning Class A New Englands—those have become our goals. And if we play our type of basketball, it’ll become the expectation.”

Successful scrimmages against Seb’s and Beaver familiarized the team with offensive plays and defenses and acclimated newcomers Isaiah Collins ‘18, Mike Piazza ‘19, Luke Bobo ‘21, and Casey Rockett ‘21 to the pace and intensity of varsity play. Since the official season began, Belmont Hill’s defensive strength has been on full display.

Beginning the year with Chick-fil-a sandwiches and a Friday night trip to the St. Andrew’s School in Rhode Island for the Zero Gravity Prep Classic, Belmont Hill defeated powerhouse South Kent, limiting their team to 54 points. South Kent’s historical basketball prowess—in the past ten years, they’ve sent 60 to play Division I basketball and eight to the NBA, including Isaiah Thomas—made the showcase win all the more impressive. Jovan Jones, who’s averaged 21.8 PPG over the team’s first four, added 14 rebounds against South Kent, earning him Player of the Game honors.

Jovan adds that “we’re a long team,” and accumulating deflections with a tremendous wingspan and honest defense has made opponents claustrophobic on offense. The team beat St. Paul’s at home to follow the win vs. South Kent, and another win against Rivers last Wednesday proved that BH can shut down individual stars. Though Jermaine Samuels and Azar Swain graduated last Spring, Rivers remains a strong program, and Terrence Clarke, their newest Class of 2021 addition, is ranked third in the nation for his age. Only a ninth-grader, he has already received offers from Uconn and Georgia Tech, and ballislife.com named him the best player at Chris Paul’s 2017 Rising Stars camp. David Mitchell’s defense, Jake Bobo’s five steals, and Belmont Hill, however, limited Clarke to just nine points. Against Nobles last Friday, The Loop™ packed the Fritz Gym to witness a frustrated Nobles squad launch 33 three-pointers, converting eight and attempting a mere twelve two-pointers, again a testament to Belmont Hill’s defense.

“They’ve beaten us these last three years,” reminds David, “so this is our last chance.” There’s no room for second-place. This is the year. This is their chance.