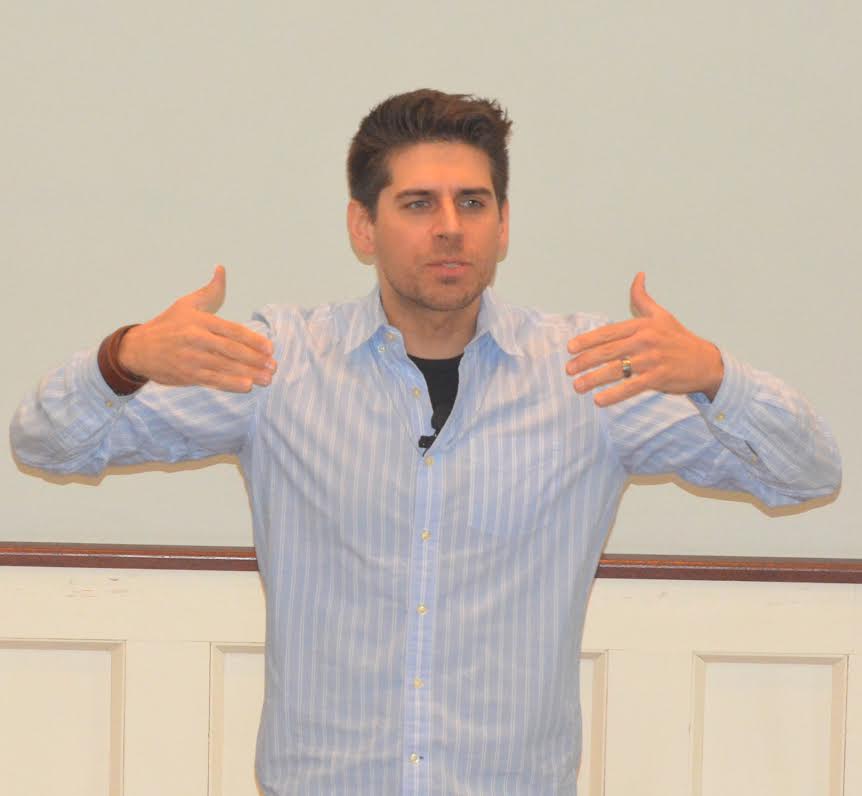 On Tuesday, January 16th, Belmont Hill hosted its annual Diversity Day; a day free of traditional classes and school work and full of meaningful conversation about issues faced by the school and society, seeking to both explore solutions and bring the community closer together. While past Diversity Days have focused on issues of racial inequality, this year’s installment brought new conversation to the table; Following the birth of the #MeToo movement and sexual assault scandals plaguing the daily news since last fall, Diversity Day 2018 placed its emphasis on masculinity, sexuality, and gender.

The day kicked off with the keynote guest speaker, Carlos Andres Gomez, a renowned poet, actor, public speaker, and author of the memoir Man Up: Reimagining Modern Manhood, whose work references a childhood filled with what he referred to as “toxic masculinity.” The phrase, which became a focal point for much of the day’s conversation, drove Gomez’s talk, as he delved into experiences that prompted him to question his masculinity, from playing soccer at five years old to an unnecessarily escalated fight scene in a New York City club.

After Gomez’s moving words, the student body and faculty broke up into workshops, such as “Masquerading Masculinity” or Gay Straight Alliance (GSA). The workshops, facilitated by Mr. Gomez as well as students and faculty, offered all parties both the opportunity for personal reflection and stimulating conversation about a variety of pertinent social issues. Discussions about masculinity, privilege, and stereotypes permeated the halls, as students and faculty alike found common ground on these typically taboo topics.

Once every student had attended two of the randomly assigned workshops, advisee groups met to discuss how the programs were run, offer any insights they had gleaned, and, once again, reflect. Overall, Diversity Day proved a great success across campus. Nevertheless, the conversation should not stop there; it is vital for our community to take every opportunity to continue these difficult conversations. Only then may we create change and a better world.