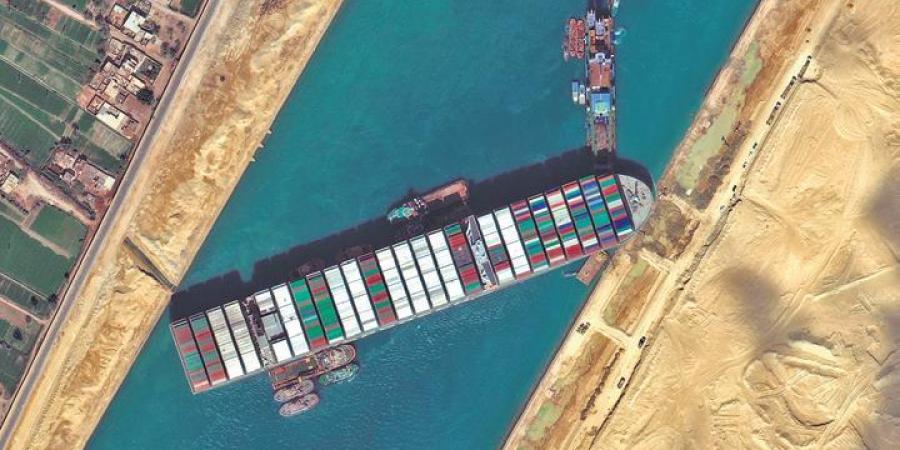 On March 23, the Ever Given container ship became beached in the Suez Canal. Stuck at a point almost perpendicular to the flowing of the Nile River, the 1300 foot container ship remained with little hope of extraction for several days. The estimated value of the ship alone is estimated to be north of $170 million. Evergreen Marine has a flotilla of around 150 ships in operation.

Leading up to the incident, Egyptian officials released a statement warning inclement weather due to sandstorms across the desert nation. The immediate effects of this would be poor visibility and dramatic shifts in temperature; the former would be very important to what happened next. With terrible visibility, it would be very difficult for the helmsman not to set a point that would end with them beaching the ship or colliding with another ship passing through the canal. Wave heights were also expected to reach around 10-13 feet, making it quite a difficult journey.

Since there was low visibility, the ship’s crew did not know exactly where they were in the canal. As such, they exceeded 8.6-knot max speed by going 13.7 knots. Traffic control told them that they would have no choice but to speed up the ship due to the combination of the 40 mph gusts pushing them to shore, as well as the inability to slow the ship down before they would hit the bank. Minutes later, the bow became stuck in the bank of the river. Trade halted as the position of the ship would allow no safe travel through the canal, blocking off one of the world’s premier shipping routes and costing the world billions of dollars per day.

Primarily using tugboats, with the exception of the little excavator that could, the rescue effort took longer than anticipated to dislodge the behemoth. Dredging ships were utilized to remove silt and sand from underneath the bow where the excavator could not reach. Additional measures were taken, such as emptying the fuel tank to decrease the weight of the ship among others. It took around a week for the ship to be removed from the shoreline.

Trade was not back to normal after the ship had been freed. Approximately 400 ships were caught in a backlog ever since the ship became stuck, meaning that it would take a couple of more days for traffic through the canal to return to normal. This could lead to shortages of supplies in certain areas. According to the BBC, the blockage of the canal cost roughly 9.6 billion dollars per day; this was a catastrophe for the global economy.

Even though travel through the canal has returned to normal, the Ever Given and its owners are not out of the woods quite yet. The Egyptian government seized control of the ship on April 13 and still has possession of the ship as of the writing of this article. The government is demanding that the owners of the Ever Given pay a restitution fee of 1 billion dollars. Evergreen Marine has balked at this number, leading to a standoff between the two, with some of the crew of the Ever Given remaining on board more than a month after the initial disaster. With all the memes and attention surrounding its grounding, this event will be remembered for years to come.