From the Archives: “Board of Trustees Picks Dr. Richard I. Melvoin as Belmont Hill Head”

From the Archives: “Board of Trustees Picks Dr. Richard I. Melvoin as Belmont Hill Head” 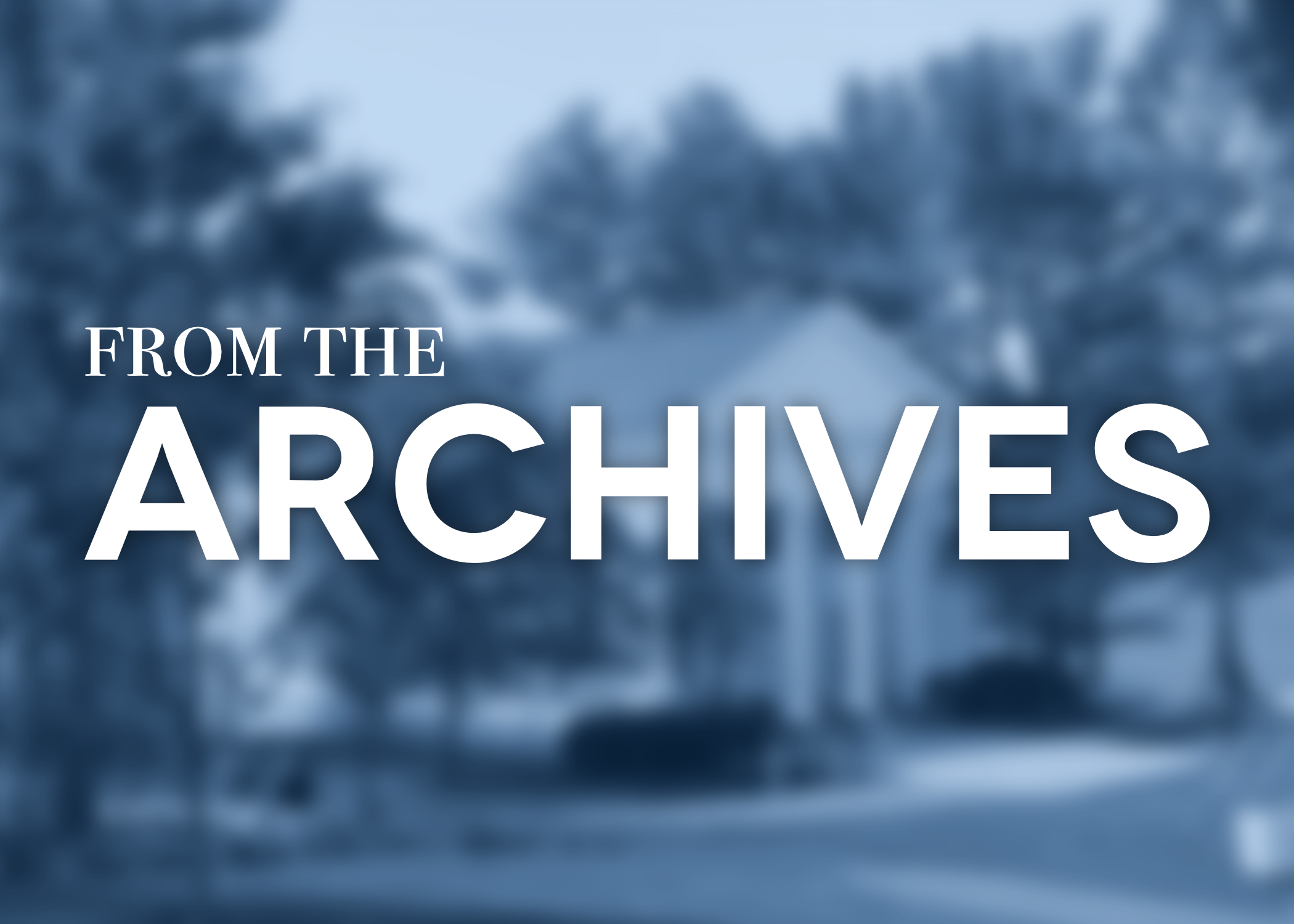 This year, the 66th Editorial Board of The Panel has chosen two core themes for the publication — retrospection and celebration. From exploring the history of the Hamilton Chapel, to considering the announcements of the most recent Heads of School, we at The Panel have found great enjoyment in linking Belmont Hill’s past to its present. Throughout the year, The Panel intends to include excerpts from older editions and articles, providing the student body with an accessible means to investigate the Belmont Hill experience from 1923 to 2017. As we embark on our school’s 95th year, we at The Panel hope to lead the school through the beginning of an important transition period. The process of both celebrating and re-evaluating the past will be almost as important as pondering the future.

The Panel published this article by Christopher Mutrie ’93 on December 17, 1992 (Volume 40). This piece was re-published in Volume 66 (Issue 3) following the announcement of Mr. Gregory J. Schneider as 9th Head of School.

Richard I. Melvoin, Assistant Dean of Admissions and Financial Aid at Harvard/Radcliffe Colleges, was named November 18 by Belmont Hill’s board of trustees to become the head of school when headmaster Christopher Wadsworth leaves on July 1, 1993 to become headmaster of Robert College in Istanbul, Turkey.

Dr. Melvoin was recommended to the board by a search committee composed of trustees and faculty. Faculty member Ted Martellini, a member of the search committee, said that Dr. Melvoin was chosen in a process that began last March and examined 75 applicants for the position. Mr. Martellini described the “winnowing process” as reducing the number of candidates to 25, then eight, and finally to three. The finalists spent two days at Belmont Hill gaining an impression of the school and meeting trustees, faculty, students, parents, and alumni. The search committee then assembled information and impressions from visits made reference and background checks, and agreed to recommend Dr. Melvoin.

English Department Chair Jeffrey Fast, also a member of the search committee, praised the effectiveness and thoroughness of the search. “As a participant on the search committee, I developed an unshakeable confidence in the process and in the degree of scrutiny each candidate received,” Dr. Fast stated. He noted, “Each member brought varied experiences and resources to the committee.” The search committee also utilized the experience of businessmen and individuals who had served on other search committees and on the Long Range Planning Committee. Dr. Fast said that the recommendations of the Long Range Planning Committee, and the experience of its members, “provided a clear concept of a direction for the school and better anticipation of future needs.” Dr. Fast also commented that the Search Committee made certain that every group at Belmont Hill was represented in the final assessment of candidates.

Dr. Melvoin comes to Belmont Hill with extensive experience in education. In a recent announcement of the appointment, John Pike, President of the Board of Trustees, reported that Dr. Melvoin graduated from Harvard, magna cum laude and as a Harvard National Scholar, received master’s and doctoral degrees in history from the University of Michigan, [and] published a book and several papers on colonial history. He also had faculty experience at Deerfield Academy, where he was history department chair, dean of studies, a member of the curriculum committee, the holder of the Deerfield Chair in Social Sciences, and served as as a theater director and coach of track, soccer, and hockey. He has held teaching at Harvard/Radcliffe Colleges, Mt. Holyoke College, and the University of Michigan, where he earned an award for excellence in teaching history. Dr. Melvoin described himself at Belmont Hill as a “school man” and said he looks forward to “exploring new territory in the position of Head of the School”

“Rick Melvoin understand being an educator and will get involved with the faculty,” Mr. Martellini said, “He is also intellectual, energetic, very personable, an athlete, and interested in the arts.”

Dr. Fast noted that Dr. Melvoin is “articulate, organized, direct, an intense listener, able to put people at ease, perceptive, tenacious, ethical, sincere, and responsible. Both Mr. Martellini and Dr. Fast remarked on the very positive responses which were received from all constituents in the Belmont Hill community after Dr. Melvoin’s visit. Dr. fast said that Dr. Melvoin is “the right man to lead Belmont Hill into the twenty-first century.”

Dr. Melvoin plans to have frequent interactions with students and faculty. He commented that he hopes to work with trustees and faculty to implement parts of the Long Range Planning Committee Report and that he is interested in curriculum development and diversity issues. He noted that he would enjoy teaching a course at Belmont Hill, probably in either history or ethics, but said that he would like to spend the first school year becoming oriented to Belmont Hill and his new position.

About coming to a single-sex school, Dr. Melvoin said, “I am quite comfortable with the decision to leave Belmont Hill as a boys’ school. It will be important, though, to explore issues of gender sensitivity, as established in the Long Range Planning Committee Report.”

Dr. Melvoin and his family will move to the Belmont Hill campus next summer. His wife, Barbara, is on the faculty at Roxbury Latin School and his daughters, Sarah and Rebecca, are in the tenth and eighth grades, respectively. Dr. Melvoin describes his family as “thrilled with the appointment to become Head, but sorry to give up the Wayland public schools.” For recreation, Dr. Melvoin enjoys soccer, distance running, fly-fishing, backpacking, skiing, windsurfing, and theater.