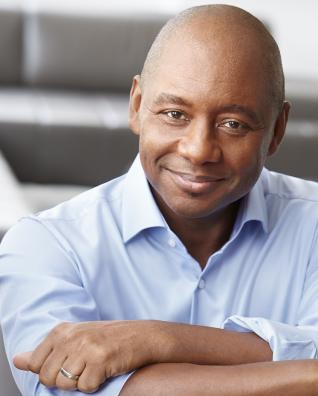 On April 2nd, the Belmont Hill community was graced by the music of jazz musician Branford Marsalis, a Grammy Award-winning saxophonist, composer, and bandleader. Born in New Orleans to a family of musicians, Marsalis grew up under the influence of his parents, Ellis Louis Marsalis Jr., a pianist and music professor, and Dolores Ferdinand Marsalis, a jazz singer. His brothers Jason Marsalis, Wynton Marsalis, and Delfeayo Marsalis are also jazz musicians.

The first-ever performer to play in the newly renovated Hamilton Chapel, Branford Marsalis came to Belmont Hill through a connection with the Wilkins Family. Ann Marie Wilkins, the mother of alumnus Brian Wilkins ’20, is Marsalis’ manager and was able to book him for a jazz performance and chapel talk. Originally set for April of last year, Marsalis’ visit was pushed back due to the pandemic. Marsalis’ visit was meant to introduce the concept of a “band clinic,” which would have provided Belmont Hill student-musicians the chance to play alongside Marsalis, Mr. Fiori, and other musicians; alas, the clinic was cancelled due to pandemic protocols.

The school rescheduled the performance as Marsalis still wanted to play for the Belmont Hill community. A week before the rescheduled concert, he reached out to Mr. Fiori to choose their repertoire. Mr. Fiori suggested several songs he felt would suit the contrast of the tenor saxophone’s rich and deep notes with the brighter piano. They settled on Night Dreamer by Wayne Shorter, a mellow piece led by Marsalis on the tenor saxophone. Mr. Fiori believed that Marsalis would have a connection with Shorter as Shorter was one of the best tenor saxophonists of his time. Marsalis, Headmaster Schneider, and Mr. Fiori also performed Ladybird by Tadd Dameron. This song, chosen by Mr. Schneider, exudes vibrant melodies that allowed him and Marsalis to harmonize and exchange parts as they played. Both pieces filled the campus with jazzy tunes and warmth.

Marsalis also addressed the school with a powerful speech concerning excellence, diligence, and perseverance. Marsalis spoke about pursuing his education and music simultaneously and highlighted his work ethic through an anecdote about him and his brother during their music class. Having been assigned forty harmonies from a workbook for their class, Marsalis and his brother, after realizing the extent to which they both improved after playing together, spent the rest of the year learning every piece in the book. Though a tedious and difficult process, Marsalis explained that their dedication to the music greatly heightened their performances, and that spending time on the little things made him a better musician overall.

Belmont Hill is incredibly grateful for Branford Marsalis’ performance and accompanying speech, and The Panel hopes he will return to our chapel stage so that we may all listen to his music again.