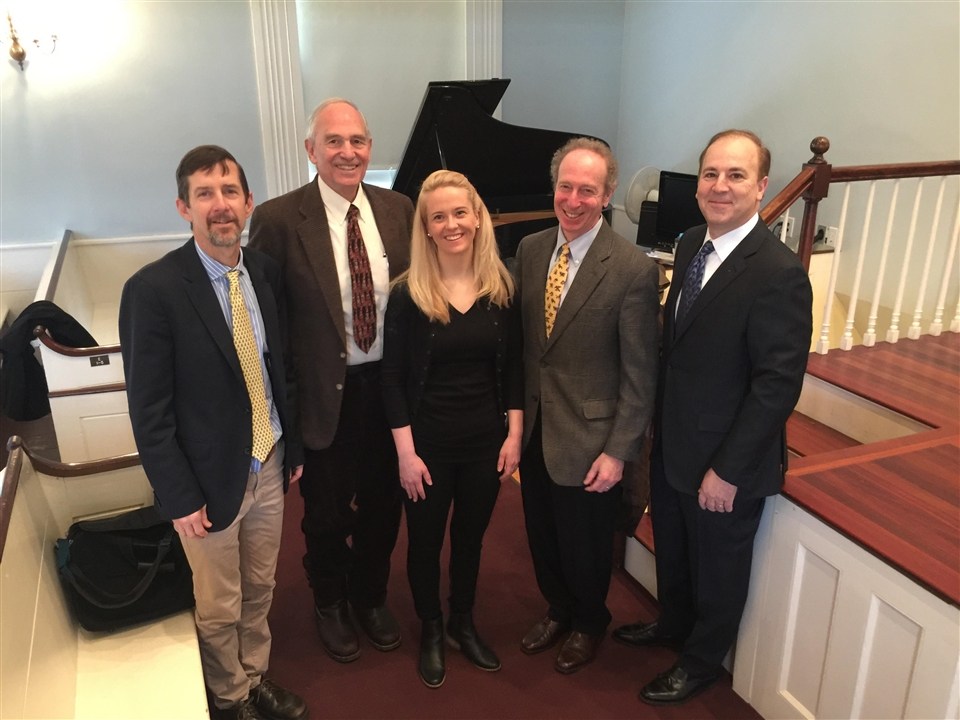 In the fourth Hunt Global Lecture Series, Halla Hrund Logadóttir gave an informative and engaging talk about climate change, its causes, and its potential solutions. Ms. Logadóttir, currently a Davis Bacon Environmental Fellow at the Harvard Kennedy School, formerly directed the School of Energy at Reykjavik University, founded the Arctic Innovation Lab, and previously consulted with the Icelandic Energy fund.

At Belmont Hill, she discussed the gravity of climate change, including the melting ice caps, droughts, and rising sea levels, providing a unique insight into her climate change niche of the Arctic. Having worked in the Arctic for years, Ms. Logadóttir humorously explained how protecting the Arctic is about so much more than just saving the polar bears, pointing to the area’s massive size and the devastating effects of rising sea levels.

Afterwards, Ms. Logadóttir discussed what each student could do to minimize their own carbon footprint, noting that even top-down, government-side efforts such as Iceland’s use of geothermal energy, were jump-started by individuals’ entrepreneurialism and experimentation. She answered student questions pertaining to government-led/top-down change vs. people-led/bottom-up change, the viability of a carbon tax in the US, the viewpoint of climate change deniers, and the role of private companies in sustainability. Ms. Logadóttir spent the rest of the day on campus visiting classes and participating in various small group discussions.

Ms. Logadóttir was introduced to the school community by Nobel laureate William Moomaw, Professor Emeritus of International Environmental Policy at the Fletcher School of Law and Diplomacy, Tufts University (aka Mr. Harder’s father-in-law).  Moomaw is the founding director of the Tufts Climate Initiative and the Center for International Environment and Resource Policy, and co-founded the Global Development and Environment Institute. His work with the Intergovernmental Panel on Climate Change was acknowledged with the 2007 Nobel Peace Prize.

Thank you to Mr. Harder, Professor Moomaw, and the Hunt family for bringing Ms. Logadóttir to Belmont Hill for an engaging day on campus.