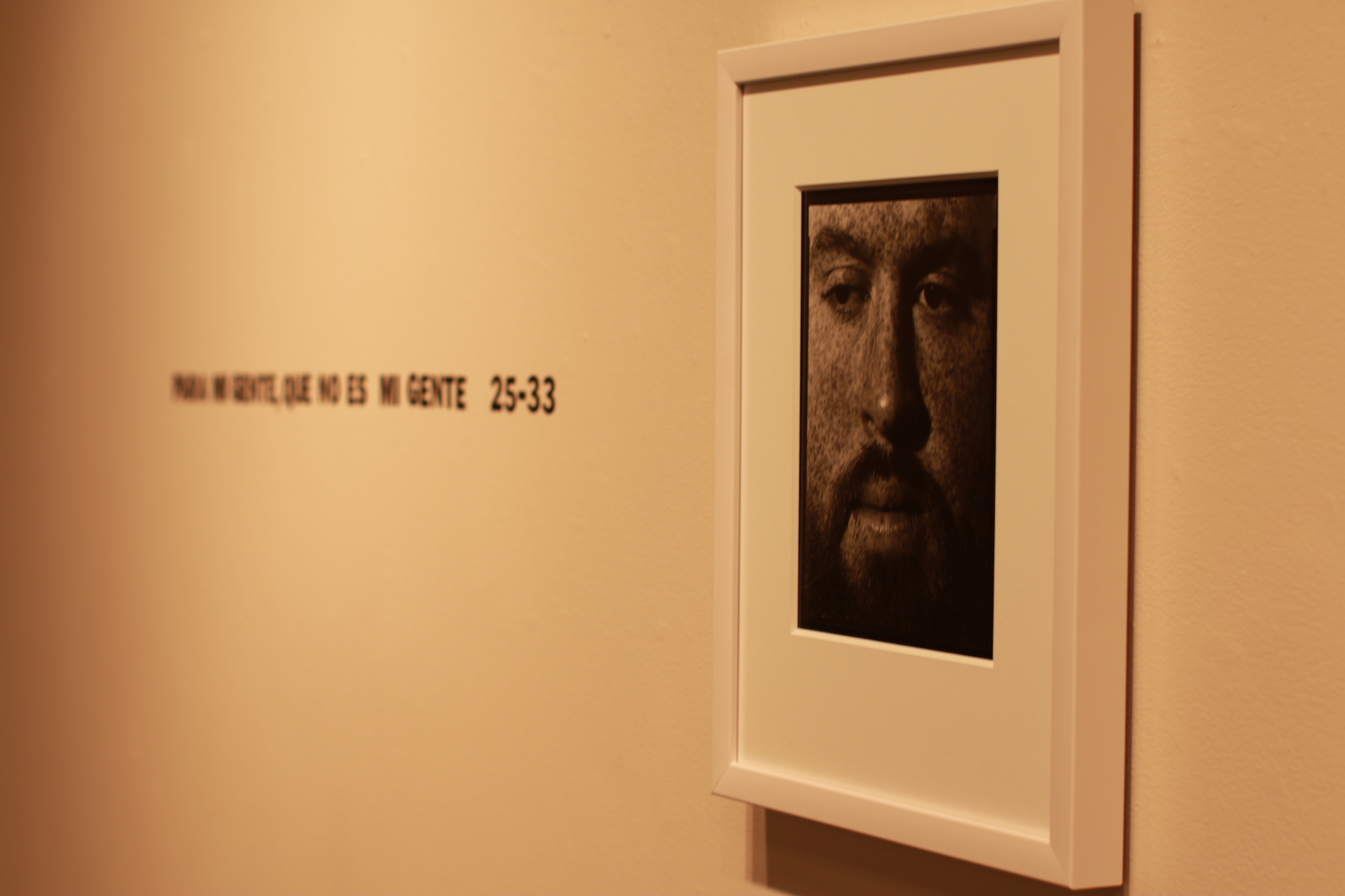 After graduating from Bowdoin in 2007 with a degree in studio art (painting), Mr. Duarte’s artistic passion drove him towards a new medium…and he eventually arrived at photography. As he said, “There are no constraints in painting. I can control every element. Photography is different. There are physical constraints and natural rules I have to follow.” Not only did Mr. Duarte step out of his comfort zone when transitioning to photography, he challenges himself further as he prefers to shoot film over digital. He generally shoots using 6×6” medium and 8×10” large format film. The entirety of his new body of work, the unframed pieces currently on exhibit in the Landau Gallery, uses the silver gelatin process. When asked about the nature and settings of his new body of work, Mr. Duarte explained his fascination of the tradition of the “American road trip”: “I had a desire to go, a desire to find pictures in nature.” Spending a month on the road in his van this past summer, Mr. Duarte traveled far and wide around the United States, shooting in nearby Plum Island, to the historical sites of Gettysburg, Virginia, and even into the North Carolina-Tennessee Smoky Mountain National Park. Mr. Duarte’s “American views” are inspired by photographers like Robert Frank and Robert Adams. In his photographic work, Mr. Duarte seeks to explore our relationship to the land on which we live and how humans impact the landscape. Mr. Duarte sets out every summer—this year he plans to travel west, the American West being a region he has not yet explored. The framed section of Mr. Duarte’s show, which are untitled works from the series “Para Mi Gente, No Es Mi Gente,” is what he refers to as “more cohesive.” While the unframed pieces are still a work in progress and their narrative has not yet been totally realized, Mr. Duarte had a clear understanding of the concepts he tackles in his more polished work. The pieces focus around how Mr. Duarte handles issues of identity, home, and faith: “I was born in Venezuela. I’m a first-generation American. I struggle with my sense of identity in America. It’s this concept of home: Am I just a visitor, or do I really live here?”

Mr. Duarte’s “New Work” and selection from his series “Para Mi Gente, No Es Mi Gente” can be found in the Landau Gallery from November 13 – December 22.