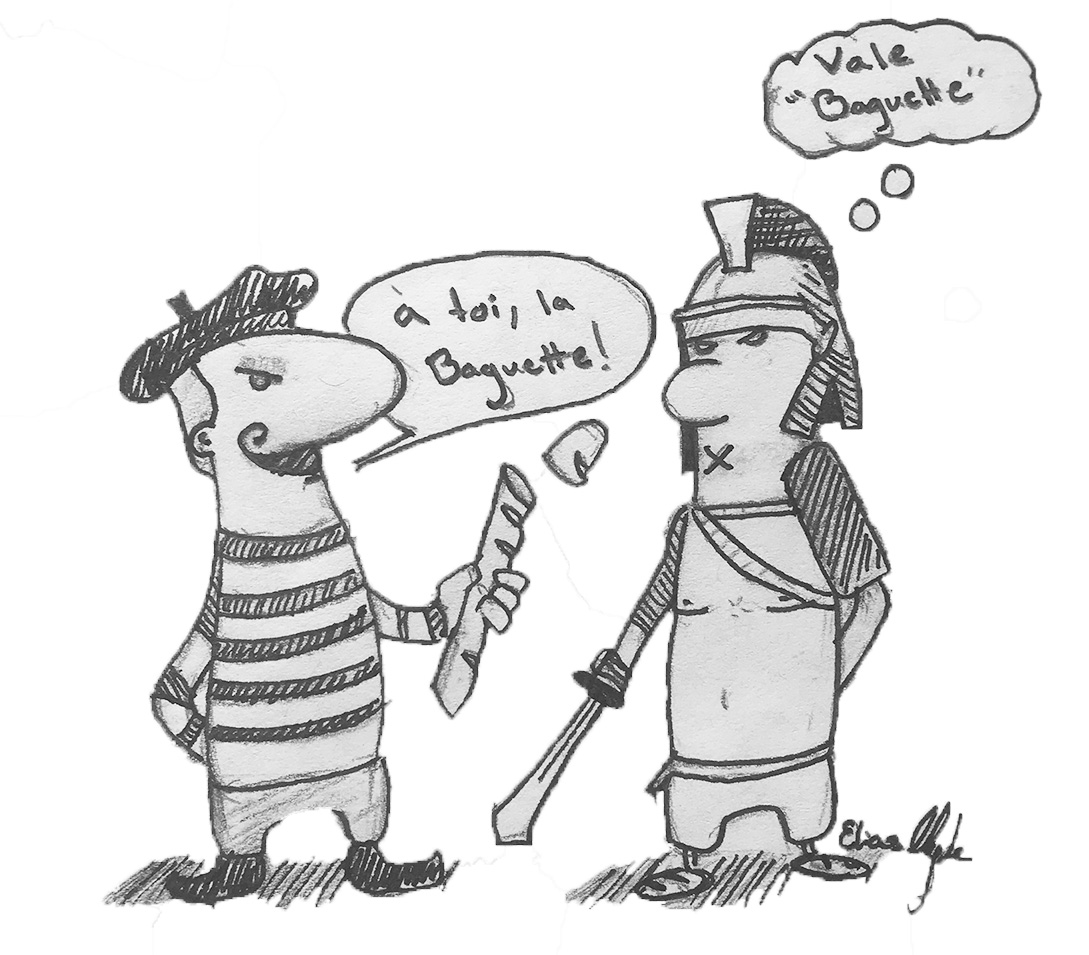 As rising Third Formers finalize their language selections, the hotly-contested debate of Latin vs modern languages has never been more relevant; however, in a rapidly diversifying, exceedingly interconnected world, the correct choice has never been more clear. The ability to meet new people through traveling abroad, enhance one’s career prospects, and achieve cognitive benefits all make modern languages far and away the better selection.

This past summer, I traveled to Costa Rica, where I participated in a three-week language and community service trip. A large part of why I found the experience so enjoyable was my capable knowledge of the Spanish language, and subsequent ability to freely communicate with anyone I happened to meet. Beyond just Costa Rica, speaking a modern language opens up an entire world of travel opportunities. In contrast, very few nations have sturdy ties to the Latin language and culture; furthermore, most countries where Latin was once – a long, long, long time ago – spoken can be enjoyed without an understanding of the language .
With the removal of a vocabulary section from the SAT, the lone element of practicality to studying Latin has vanished, while the value of speaking Spanish, French, or Chinese has only increased. Recent studies by The Economist have found that those who have achieved proficiency in a modern language will make, on average, $70,000 more than those who have not. BRIC Language Systems offers an even more generous figure, suggesting that bilingualism can resulted in 15% greater income in 2014, while noting that the statistic applied to only a select few languages, including Chinese. Latin was not mentioned.

Even health and mental fortitude have been mentioned amid advocacy for modern languages, citing enhanced memory, sharper problem-solving skills, superior multitasking, and even longer lifespan. It’s true, speaking more than one language, ideally on a regular basis, which becomes exponentially more difficult when the language is hardly spoken at all (Latin), has been proven to push the average onset of dementia and Alzheimer’s back by over four years.

All in all, social, economic, and cognitive benefits propel modern languages well past the aged, fruitless, albeit neat Latin. No Spanish teachers have their attention divided by owning a crew-based cult following on the side.

As technological advances allow people to converse in modern languages easier than ever before, Latin provides a chance to look into the past and much more.

Latin, the pinnacle of intelligent thinking for centuries, is a thought-provoking and challenging course for people of all ages, contributing to excellence in many facets of one’s life.

Take the vocabulary aspect for instance. As one learns to translate Latin, they memorize hundreds, or even thousands, of vocabulary words. While they help in terms of translating, their importance stretches beyond just the Latin classroom. These vocabulary words can now be found across the world’s languages dubbed Latin derivatives. Some of these Latin derived languages include Italian, Portuguese, Romanian, French, Spanish, and, most importantly, English.  For instance, in English, words like microbiology stem from Latin; “micro”(meaning “small”), “bio”(meaning “life”), and “ology”(meaning “the study of”). Learning Latin allows one to systematically divide words into their latin roots, creating a greater understanding of a word. Furthermore, knowing these Latin roots also allows one to recognize the general meaning of a previously unknown word without the need for a dictionary. Modern language speakers may know the vocabulary of their own language very well, but knowing Latin vocabulary allows you to know the majority of words from many languages. While Latin has not been spoken for centuries, we have writings from the ancient world that we translate on a daily basis. Acting as portals to the past, these transcriptions provide us a lense to view what life was like in Ancient Rome or even 1200s AD Great Britain. While this may seem boring, imagine yourself reading about the conquests of Gaul (modern-day France) from the perspective of debatably the greatest general to ever live, Julius Caesar. Furthermore, learning what British monks thought of animals through the Aberdeen Bestiary provides insight and humor.

Especially in the polarized political world we live in today, being able to look back into the similarly designed governmental system of Ancient Rome gives one a chance to view how they dealt with similar problems. As many people have said, “History repeats itself”, making it imperative to be able to look into the past so we do not make the same mistakes they did. Translating Latin transcripts of Cicero’s Catilinarian Conspiracy is one such example. While translating, we learned of the overall tension during the speech through minuscule nuances in the text and the outcome for the culprit. For example, one line stated that no one would sit in the same row as the man on trial. While you can find many translations online, it is very challenging to find trustworthy, high caliber translation that catch all the nuances an intricate text provides. Furthermore, there are many interesting texts without translations, just waiting to tell their stories. Overall, learning Latin expands one’s vocabularial boundaries, teaches one of historical importance, and at least no classics teachers wear bike shorts.