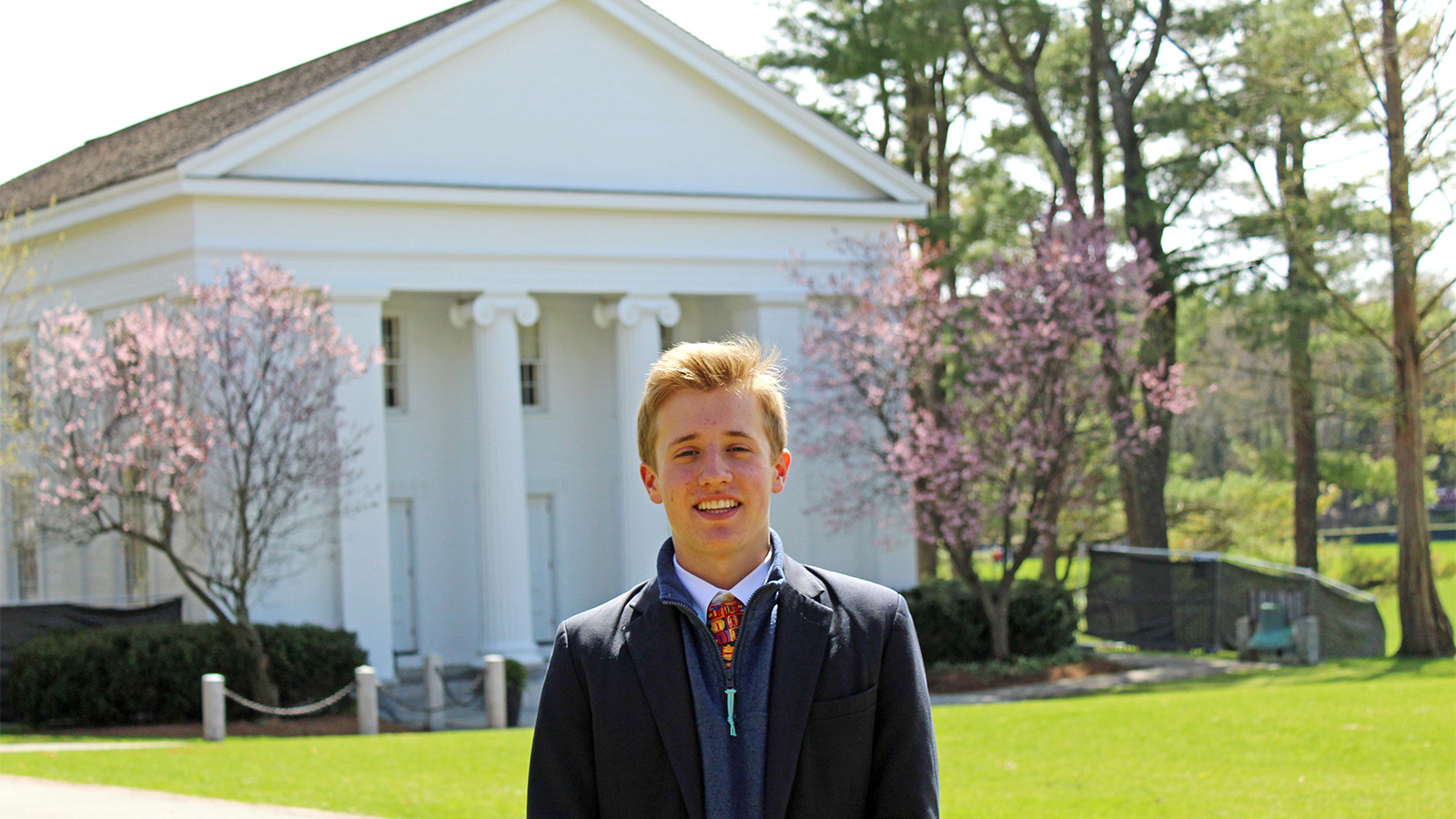 All-School President Timmy McCormack ’21 had the opportunity to be the first to give his presidential speech in the newly renovated chapel. Unlike past years where students packed the chapel, Timmy stood only in front of a handful of teachers and Form VI students. Nevertheless, he spoke with the same kind of clarity and assertiveness that his predecessors spoke with.

To open his speech, he explained how the little things that occur at Belmont Hill are what make the school joyful. He gave the example of his amusing Form I soccer experience with Mr. Murphy, where Mr. Murphy misheard Timmy and gave him the nickname “Potty Mouth.” He continued by noting that these moments, like Luke Bobo and Cam Reirden converting a fourth and fifteen, are what will define our Belmont Hill experience and will be the discussion of future reunions.

Following this discussion, Timmy used an apt metaphor comparing the Michael Jordan documentary titled The Last Dance to the Belmont Hill community. He explained how even Jordan, “the second-best player of all time” (not sure about this one Timmy), had to rely on his teammates to win championships. Like the Bulls, Timmy emphasized, we need to rely on one another and be creative starting new clubs and projects to make the school better.

Timmy then called out the Belmont Hill community to be better allies and be more inclusive. He described the community’s frustration when the school remained silent when George Floyd was murdered this summer. He noted that we have to work together in this fight to make Belmont Hill as inclusive as it possibly can be.

As Timmy finished his speech, many students and faculty stared at their respective Prometheans in awe. In particular, Headmaster Schneider commended Timmy’s speech: “Timmy did a masterful job of blending elements of humor, reflection, and leadership. He reminded us of the things that really matter at Belmont Hill. Even though he had to wait an extra week before delivering the speech, I thought he set the tone for a spectacular year on campus.” It is without a doubt that the Belmont Hill community will face many challenges throughout this school year, but in Timmy’s hands, the school is destined for greatness.