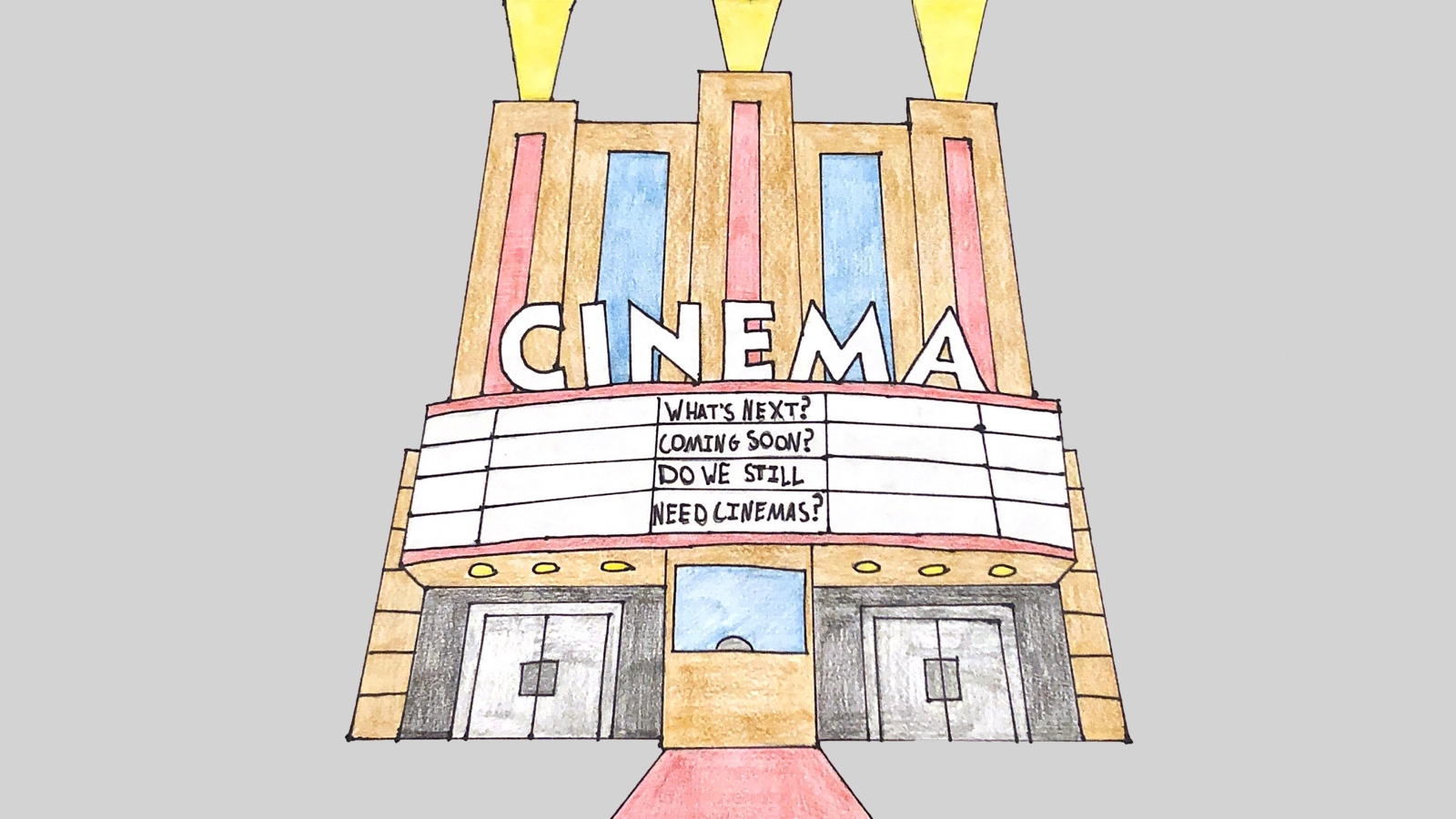 There’s nothing in the world I love more than going to the movies. Something about stepping into that cavernous room with a gigantic screen has infatuated me for as long as I can remember. It’s been frustrating not to be able to revisit this magical place for the past eight months as I anxiously await the much-discussed vaccine. At this point, movie theaters have reopened in certain areas. If you feel comfortable with your odds, you can buy some tickets on Fandango and brave the virus. If you’re more cautious like me, and you too are holding-off until the great panacea, there’s a greater dilemma. When it’s safe to return to theaters, will there be any left?

Disaster struck in March when, the same week star Daniel Craig hosted Saturday Night Live to promote the release, Bond film No Time To Die was delayed six months to November. Other films had begun to shift their dates, but this was the first significant change. Other major films followed suit: A Quiet Place Part II (March to September), Black Widow (Undated), and Fast and Furious 9 with the most dramatic shift, a whole ten months to April 2021. The push seemed excessive at the time, but a smart move in hindsight.

Now is a good time to discuss why these postponements cause a major issue for the exhibition industries. Movie theaters survive by selling you popcorn. When you buy a ticket, the theater gets 45% of that money; the rest goes to the studio. Depending on how much you eat or drink, theaters can make upwards of four times as much at the concession stand than in seats. That’s why blockbuster movies are so important. They bring in crowds of people, many of them hungry for some popcorn to toss into their mouths as they watch the Avengers beat-down the villain of the week. When theaters are closed, however, they can’t make money, and neither can the studios. It’s a symbiotic relationship… until it isn’t.

Meet the theatrical window. In short, this concept is the minimum amount of time a studio has to wait before taking a movie that has been in theaters and putting it on streaming or paid video on demand (PVOD). Nowadays, this timeframe is around three months, allowing theaters to make as much money as possible on the film by giving incentives to the audience to actually see it in theaters and not just wait for a home release. This arrangement has worked out well:  it ensures theaters a steady business, and studios make more money on films theatrically (where every viewer must buy a $10-20 ticket) than on PVOD. On streaming, a single five-dollar rental can be viewed by multiple people.

With theaters closed under the coronavirus lockdown, studios can’t sit on these movies forever. Movies are financed productions, and some sort of profit needs to be turned eventually. As rumors spread about films that may or may not go straight-to-streaming, theater owners grew anxious. If all of a sudden, every major film were to go straight to streaming, there would be nothing to play. Even when they were allowed to open, it would be futile if there were nothing to screen. Exhibitors hoped that the studios had their backs: they could wait out the pandemic together, continuing business as usual as soon as restrictions were lifted. But then, the shot heard round-the-world. Universal Pictures announced that Trolls World Tour would adapt a day-and-date model where consumers would be able to rent the film on-demand as well as see it in their local theater should it be open. Exhibitors were enraged. In an interview with The Hollywood Reporter, John Fithian, chief of the National Association of Theatre Owners, stated,

“Only Universal, and only on Trolls, did one studio skip the theatrical model and go straight to the home. Universal continues to advertise to consumers that Trolls will be released simultaneously to theaters and the home on April 10. And they are lying to consumers. Universal knows that theaters will still be closed on April 10, so unlike every other distributor who must simply delay their releases in that time period, but still understand that theatrical release is essential to their business model, Universal on Trolls didn’t make that decision. Exhibitors will not forget this.”

Except, Trolls wasn’t the only one for much longer. A rift started to form between the studios and theaters, which are entirely dependent on the studios for their revenues. As other films began to go straight to streaming (Mulan to Disney+ with a $30 premium price tag among them), it became less and less clear whether theaters would be able to survive the extended closure.

Some US theaters began to reopen in late August, but the slate of films was slim pickings. The first and only big film out of the gate was 20th Century Studios’ The New Mutants, which finally opened on its fifth scheduled release date. A remnant of Fox’s now-dead X-Men franchise, it had an infinitely troubled production and was inherited by Disney once the two studios merged. Due to deals made years prior, Disney couldn’t put it straight to streaming; it had to go to theaters eventually. Given Disney didn’t even make the movie, the suits decided it was ultimately better to cut their losses and squeeze any amount of money they could out of it, dumping it into the 2,412 theaters open on its August 28th release date. It scored abysmal reviews and, at the time of writing, has only scored $21 million at the domestic box office with a November home release already set. Globally the film hasn’t fared well either, adding an additional 21 million, a far cry from its 67 million dollar budget (not including marketing, which typically increases a budget by 50%).

The next major film to drop was Tenet, which seemed as though it would be the light at the end of the tunnel. With filmmaker Christopher Nolan’s fervent belief in the cinematic experience, the film was always going to play in theaters. Nolan’s films almost always deliver at the box office (his past three films combined drew in a whopping $2.3 billion globally) so it was crucial to ensure the least amount of money as possible was being left on the table. As Tenet’s July 17th release date approached, it seemed like US theaters could be open again. Eventually, it was decided that it would be best to push the film, but not by much. Tenet would begin to open in foreign territories at the end of August and in the US on September 3rd. This film boasts a $205 million budget and, according to some estimates, would need a total gross upwards of $500 million just to break-even. To date, it has made 323 with a measly 48.3 coming from the domestic box-office. For the past two weeks, the film’s domestic turnout has been comparable to that of Disney’s re-release of Hocus Pocus, a 27-year-old movie. This past weekend, long-gestating family film The War with Grandpa opened to poor reviews but still managed to dwarf Tenet’s $2.1 million. The saving grace of the Summer box office, Tenet was not.

As soon as studios caught wind of Tenet’s failure, a second wave of release date shifts began. Black Widow, Bond, and Dune all pushed forth into the next calendar year. Disney  recently announced that their upcoming Pixar film, Soul, would skip theaters entirely and debut  straight on to Disney+. (The past two Pixar films not affected by the pandemic each grossed over a billion dollars internationally) With the onslaught of delays, larger theater chains started pulling the plug. Cineworld, the largest theater owner in the UK and Ireland, announced the closure of all of their theaters, including their Regal Cinemas locations in the US (the second-largest domestic chain behind AMC). AMC remains open but is in deep economic trouble. From one year ago, their shares have dropped by over 50%, and bankruptcy is on the horizon. The company was already in debt before the pandemic due to expenses related to an internal reorganization. Over the course of lockdown, their debt ballooned to $5 billion. The company initiated a new debt restructuring in early August that has shaved off $533 million and is set to provide up to $415 million over the next year and a half. Despite these efforts, the future looks glum.

Currently, AMC and Regal are actively considering filing for bankruptcy and planning accordingly. If AMC is going to stay on its feet, something major has to happen. In May, it was reported that Amazon was interested in acquiring AMC, and meetings were being held. Were this true, it could be a saving grace for the failing company, $5 billion is lunch money for the shipping conglomerate. This deal has not come to fruition, however. It seems the most straightforward way to secure the future of the movies is a government bailout. Should the government provide financial aid to theaters, they stand much more of a fighting chance. Despite pleas from industry leaders to congress, no helping-hand has been outstretched.

When observing the struggle of the two largest theater chains in the US, it’s easy to lose sight of the independent theaters. They face an even more existential battle. Many US theaters can’t open due to strict COVID-related guidelines. New York and Los Angeles are the two largest box office contributing economies in the US and also happen to be two of the areas with the strictest lockdown measures. The aforementioned Regal Cinemas has been using the marquees at one of their largest New York City locations to berate governor Andrew Cuomo for refusing to reopen theaters. It currently reads, “48 states have reopened theatres safely. Why not New York, Gov. Cuomo?” A clearly charged attack, but “safe” nowadays is more nuanced than before. Was it safe to reopen theaters in the first place? You can minimize theater capacity to minimize risk, but mitigation and elimination are two entirely different principles.

People will go back to theaters when they feel it’s safe and, in my eyes, the silver screen can wait if it means saving lives. It’s a catch-22, no theaters mean no movies in theaters, no movies in theaters means no theaters. Films will continue to go to streaming but many will continue to be pushed. Studios are going to keep delaying these films until they know they can turn a profit. The fact of the matter is that they can’t right now. When a brand new blockbuster can’t do much better than a 30-year-old movie, it is monetarily irresponsible to release it. I wish I could go see Black Widow tomorrow, I wish I could have seen it months ago, but if waiting until May 7th means I’m not putting me or my family at risk, I think it will have been worth the wait. As for theaters, almost all American businesses are struggling. I have to believe they’ll bounce-back. Theaters could use a bailout, but the likelihood is unclear. The only thing we can do is our part. Wear our masks, keep our distance, and wash our hands for as long as it takes, and eventually, we’ll all be buttering our popcorn again.