Mr. Duarte, One Year In

Mr. Duarte, One Year In 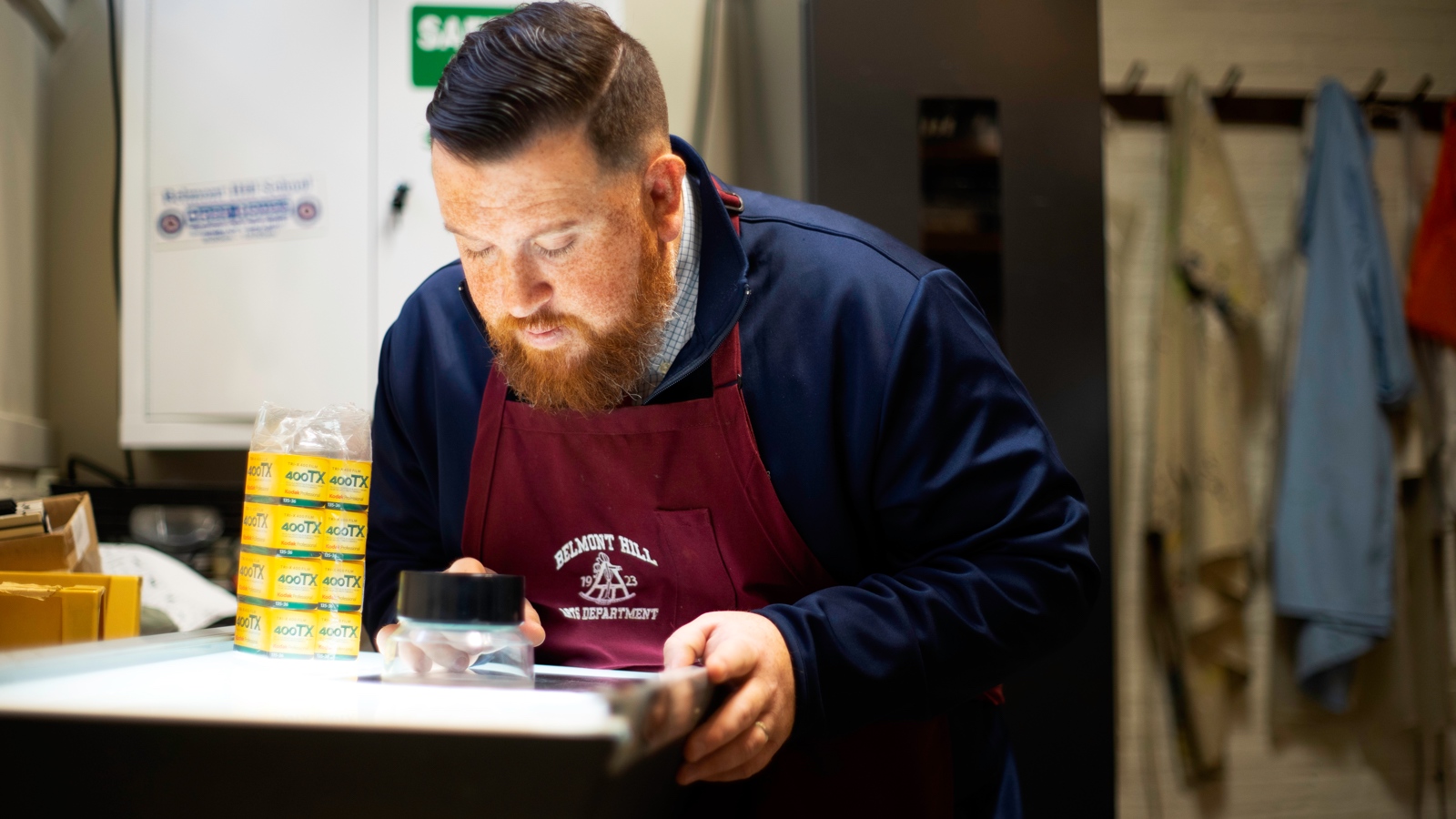 It is a testament to Mr. Duarte’s influence on the Belmont Hill Community that no one can believe that he has only been at Belmont Hill for a year. For the very few that don’t know him, he is a leading figure in Belmont Hill Arts with a special gift for photography. You can almost always find him in the arts building developing film or offering his expertise to his Photography and Digital Video classes.

Naturally, I asked Mr. Duarte how he felt about his first year at Belmont Hill and what were the best and worst things. He especially enjoys encouraging the boys to take risks and to “think outside the box.” Students easily forget that faculty members derive great satisfaction from engaging with students willing to stretch themselves artistically and intellectually. Mr. Duarte likes nothing better than to enjoy the “look on a boy’s face when a print emerges from the developing tray.” Like so many others, Mr. Duarte chooses to punt the question of the worst thing at Belmont Hill. I think teachers declining to answer this question should be rewarded with a fictitious answer of the Panel’s choosing.

So, Mr Duarte  – “What is the most surprising thing about your first year at Belmont Hill”?

“The most surprising element of my experience boils down to risk.  I’ve enjoyed getting to know some great boys so far and what so many of them have in common is their willingness to take a risk  The risk in how they define themselves is an effort to recognize the importance of being a multifaceted individual.  I’ve enjoyed watching members of my Form III hockey team act in a play, throw clay blindfolded, and capture an amazing photograph of their grandfather and the power in gifting him a print of that memory.  Belmont Hill boys fight the urge to define themselves in a single box and that’s simply amazing”.

As with many one-on-one interactions with faculty, it is revealing how much fun they have hanging out with a bunch of teenage boys. Mr. Duarte recalls with some hilarity the misguided belief that at thirty-something, he would be able to hang with the JV Hockey team. He recalls the excitement and misplaced self-confidence he felt strapping on pads. Sixty minutes of hockey preceded six days of limping to class.

“How did your expectations for Belmont Hill compare to reality”?

“I had the privilege of knowing a former faculty member, Whitey Morange, who played a huge role in my life as a teacher and as a photographer.  He spoke so passionately about his time with the boys here and I was elated that I would continue the tradition of analog darkroom photography at Belmont Hill.  Given all of our conversations regarding the school, I am pleased that my expectations of the school and its many traditions were happily met”.

“If given the opportunity what would you change about the school”?

“As many of the boys on campus know I am a pretty passionate golfer.  I’ve had numerous conversations with students regarding their love of the game and their willingness to put the effort forward to strengthen their skills.  I’d like to see the game expanded here at school with either a middle school or JV team offered as a means of providing students with the experience of competitive golf in order to better prepare those with varsity level aspirations.”

Mr Duarte is a nice guy – boys like him and it is easy to see why. I hope he stays here on the Hill for many years to come and even though many describe him as “chill”, he takes his job very seriously. Mr. Duarte’s teaching ability breaks down the wall between work and play, showing his students and everyone at Belmont Hill that you can do both simultaneously.