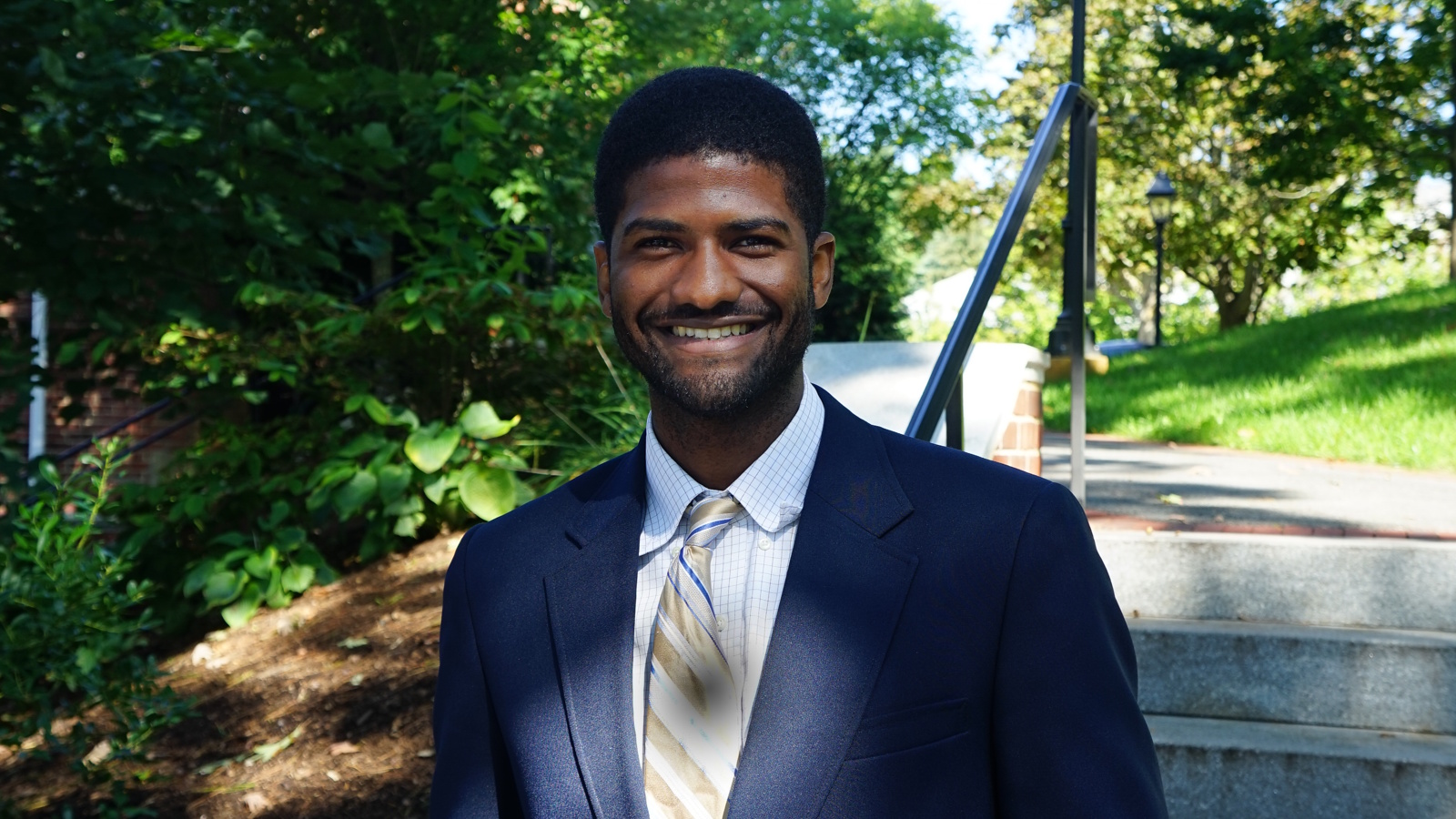 This year Belmont Hill welcomes new faculty member Aziz Khan who has joined the science department. He teaches both Science 1 and IPS, and although he won’t be an advisor this year, he will be working with other teachers to lead the First Form. In another area of Belmont Hill life, Mr. Khan is also an assistant coach for the Varsity soccer team.

Mr. Khan was born in the U.S. but grew up in The Gambia, West Africa with a family of 14 in which he was the only son! He went to high school at Lawrence Academy where he played soccer, track & field, and also participated in the chorus. Once he graduated from Lawrence, he went on to Amherst College. While at Amherst he captained the soccer team, which ended up winning both the NESCAC and DIII National championship.

Along with his athletic commitment, Mr. Khan majored in Psychology with a pre-med emphasis. One invaluable lesson he learned from his time at Amherst came during his first teaching experience. While teaching students his native language of Wolof, he realized many of them were struggling to differentiate certain words. To him the difference between the words was dramatic, but to the students, it was subtle and almost unrecognizable. This experience led him to the realization that not everyone learns things the same, and you have to mold your ways of teaching based on the student. He gained the ability to see things from the perspective of the students in order to find solutions.

This lesson has made significant impacts on his teaching style. He went on to work at the BU orthopedic surgery department where he studied many mechanisms that promote fracture healing, and he worked in the Medical Research Unit where he assessed and diagnosed patients dealing with infectious diseases. Overall, Mr. Khan is an accomplished man and has learned many valuable lessons that he brings with him to Belmont Hill, but above all, he brings his desire to impact the lives of the people around him positively.