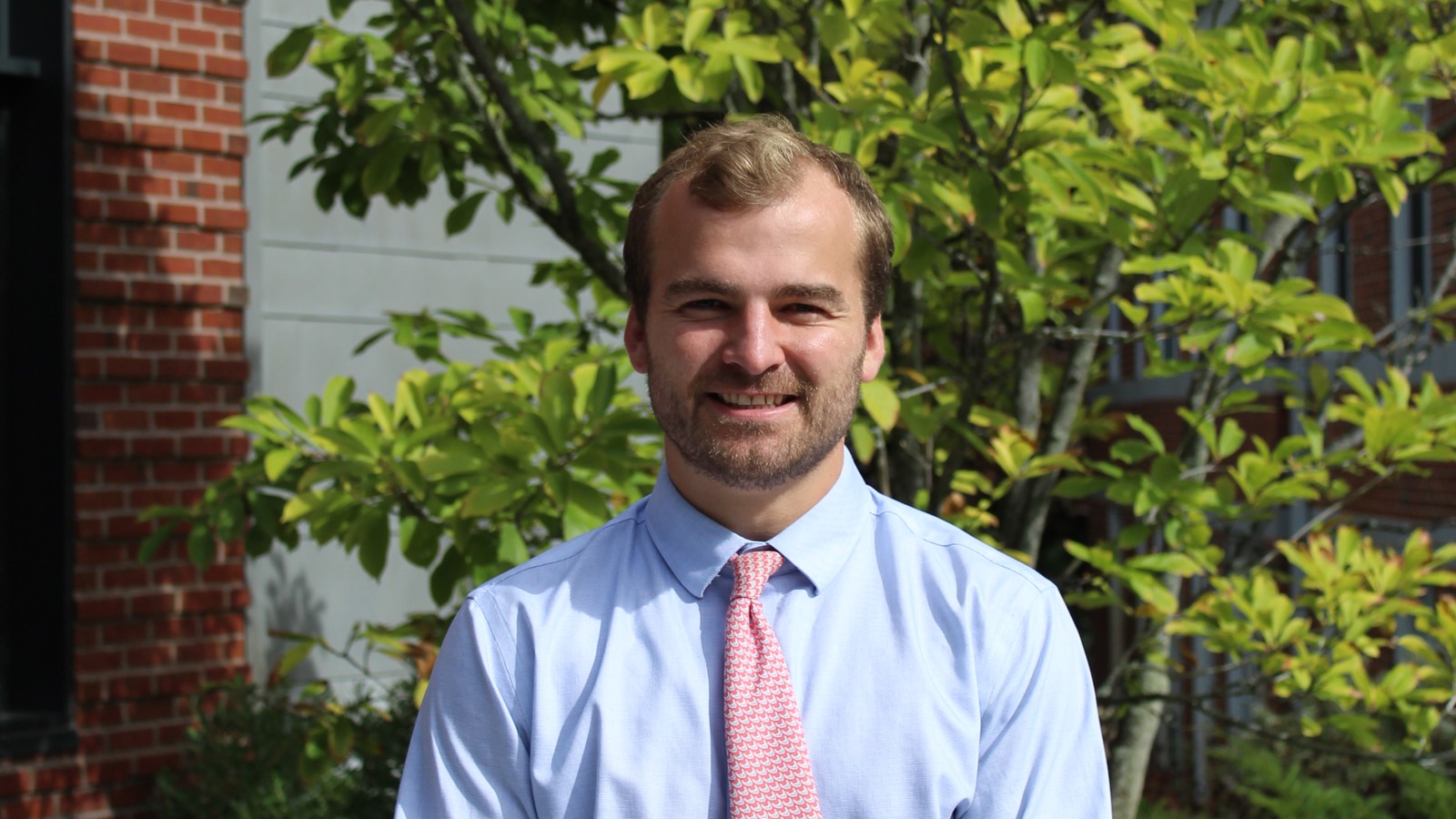 Belmont Hill welcomes back Mr. Sullivan!  A Belmont Hill graduate from the Class of 2007, Mr. Sullivan is returning to teach Global Economics, US History, and US Government and to act as a Fifth Form advisor.  When asked about his classes, he asserted that he loves his courses as he often “nerds out” about politics and economics, and, moreover, may even be interested in teaching a philosophy course in the near future.

Athletically, he will be coaching the middle school rowing team and the middle school wrestling team while also helping at the varsity level.  At Belmont Hill, Mr. Sullivan was quite the accomplished athlete as he was a member of both the Varsity Wrestling team and the Varsity Lacrosse team.  In addition, he was also the president of the B-flats; when asked of his experience in the B-flats, he responded that he remembers singing age-old classic, “Lean on Me” as a Tenor 1.  No promises, but we may be seeing Mr. Sullivan performing at Coffee House in the near future.

Following Belmont Hill, he attended Williams College, where he majored in political science and was a member of the Varsity Crew team.  After graduating from Williams College, he entered the finance field and, soon after, began teaching Financial Literacy and Seventh-grade history at The Pingry School.  Remarking on his return to The Hill, Mr. Sullivan said, “It’s fantastic being back. As you get older, you experience new things in college and in life. Belmont Hill has always been great, but often it can be tough to remember everything that makes it so great.  It’s only when you return to the school that you can truly understand how rare and special it is.”

Looking ahead, Mr. Sullivan is excited about what the future holds.  We hope that he continues to influence and impact the school!