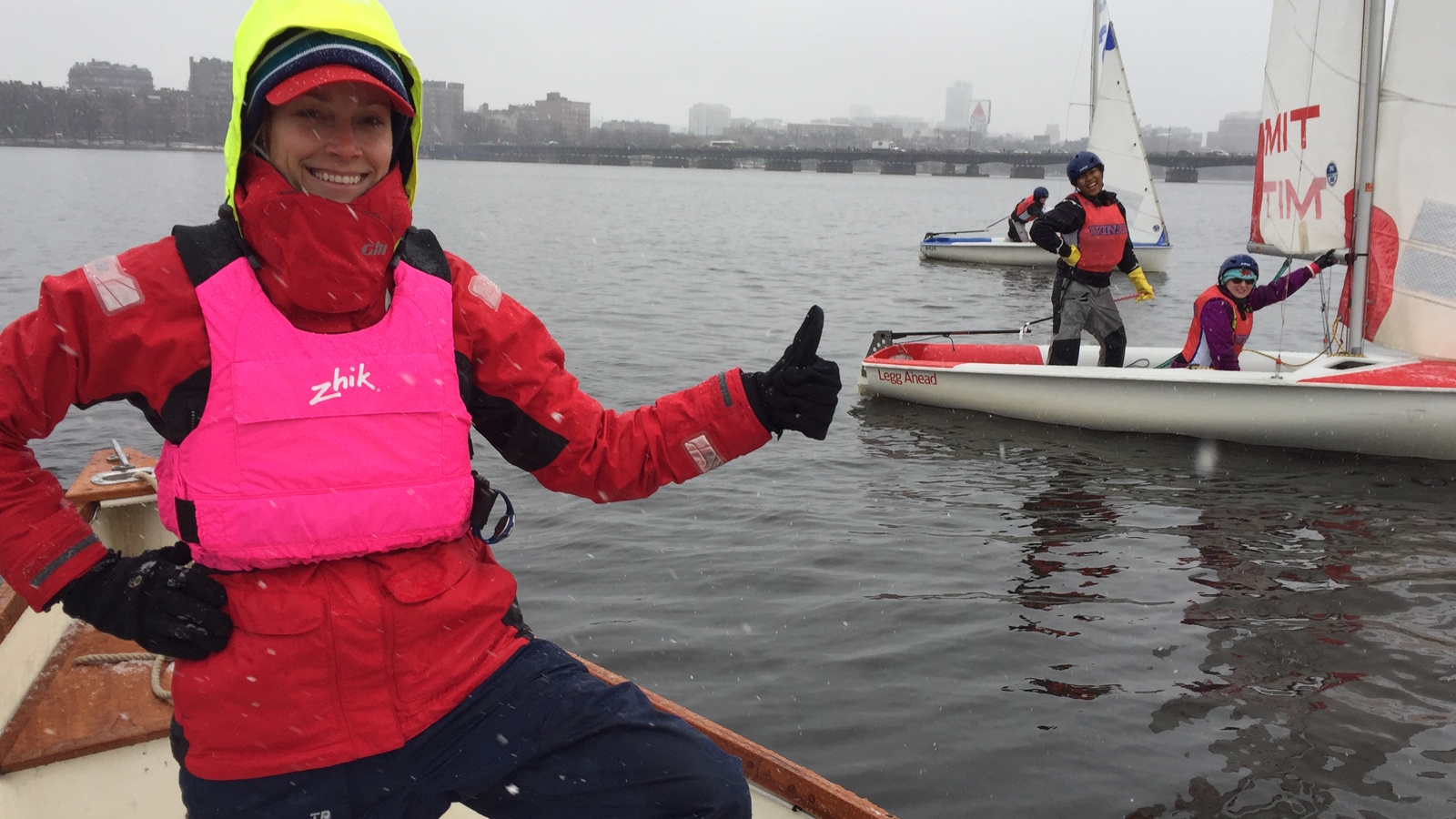 Recently, I had the opportunity to sit down with Ms. Lyman, one of the recent additions to the teaching staff at the school. She has taken on the always interesting task of teaching two sections of Form 1 English. She will also be coaching the alpine skiing and sailing teams. She brings a creative spark to the English department, and will undoubtedly inspire many more students to get involved with sports they might not have otherwise considered.

Ms. Lyman hails from the Big Apple, but made the wise move to New England as a sophomore, enrolling in St. Paul’s School in New Hampshire for the remainder of high school. Following her graduation, she went to Harvard University, so all you seniors be sure to ask her how she got in. At Harvard, she majored in History with a focus on International Relations. Post college, she had a series of incredible experiences including traveling around South America as well as working at both the American Embassy in the European Union and the Super Bowl in Detroit. Subsequently, she attended Georgetown Law School and worked as a corporate lawyer for several years before coming to teach at the Belmont Hill.

Her athletic credentials rival her academic ones, especially when it comes to sailing. She grew up on boats, sailing in the summers before taking on the challenge of Varsity sailing at Harvard where she was a national champion all four years and captain of the team in her senior year. She has sailed around the world, spending two and a half years on three different boats before settling back on dry land, for now anyway.

We look forward to a great year with Ms. Lyman at the helm of the sailing team, as well as her roles in the English department and skiing team.