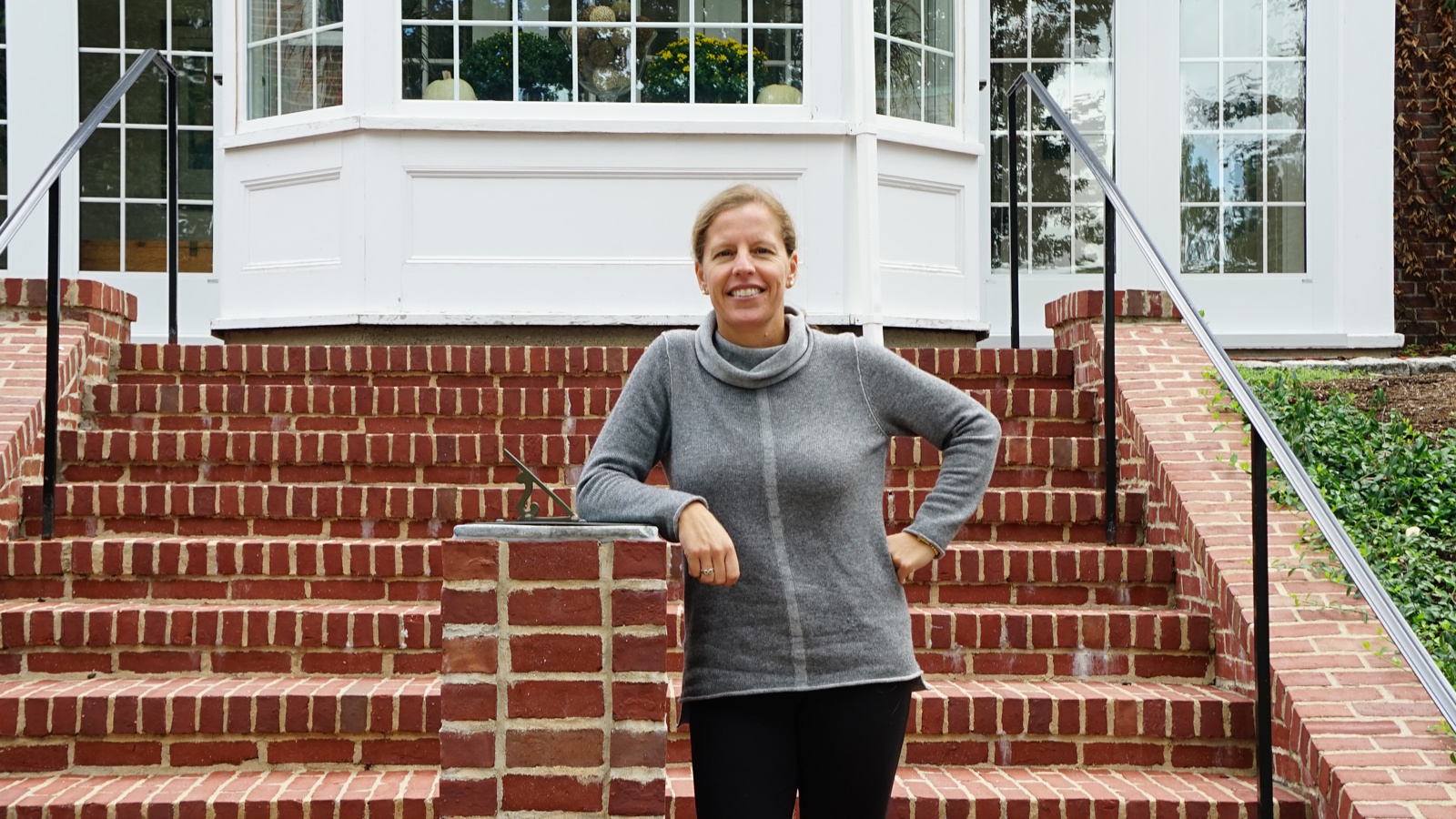 The first director of Belmont Hill’s brand new Health and Wellness Program, Ms. Rupley found her current career path practically by accident. While working at Milton Academy a decade ago, Ms. Rupley, whose welcoming and easygoing nature is readily apparent in any conversation, saw her role advising students on athletics and extracurriculars in the Student Activities Office evolve into what she describes as “informal counseling,” in which students would come to her and ask to “just sit and talk.” Inspired, Ms. Rupley pursued a masters in counseling while continuing to work at Milton and started down a road that has led her to Belmont Hill.

Ms. Rupley grew up in Providence, Rhode Island, and attended the Lincoln School, a private, all-girls school with a graduating class of 31 in Ms. Rupley’s year. Much like many boys at Belmont Hill, her high school years were consumed by sports, as she participated in tennis, basketball, and lacrosse. She focused especially on tennis, playing all year round outside of school and earning a full scholarship to play at Boston College. Looking back now, Ms. Rupley sees her time playing college tennis as a crucially formative experience in her life. “I can’t recommend college sports enough,” she declares. Through college tennis, says Ms. Rupley, she learned discipline and organization and traveled to colleges all across the country. But what she loved most was the lasting bonds she built. Whether with teammates, coaches, or even opponents, she always found ways to connect with people.

After BC, with “still lots of questions” about her future, she drove cross-country to find her way, settling in Los Angeles as a tennis pro. While she cherished her time on the West Coast, she soon returned east and briefly took a job in medical sales, where she put her ability to talk and build relationships to good use, but felt the job was “not all that fulfilling; it still felt that something was missing.”

Thinking back to her time in high school and teaching tennis in California, Ms. Rupley made the decision that would dramatically alter her career. “I felt being in a school was where I needed to be,” says Ms. Rupley, citing the “deep, rich” personal connections fostered in school settings, whether with students or colleagues.

After Milton and her graduation from the masters program, Ms. Rupley worked in a hospital as a counselor for adults with mental health and substance use disorders. She describes her work as “an incredibly eye-opening experience” and reflects that she “grew more in the one year at the hospital than in four years of grad school;” yet she still wanted to return to a school. So she moved to the Fay School and then to Austin Prep when she heard about an opening at Belmont Hill. Building a program and working in an institution she calls “so impressive in so many ways” was too great an opportunity to pass up. Ms. Rupley now runs classes for Forms I-IV, where she and her students discuss “what’s most pressing in kids’ lives,” from stress relief to relationships. She hopes eventually to add wellness programs for both students and faculty, seeing mental health as key to succeeding in school, at work, and in relationships. Already fully immersed in her new job and community, Ms. Rupley is right where she feels she wants to be. “I feel very fortunate,” she says, “to do what I love in a setting that I love.”