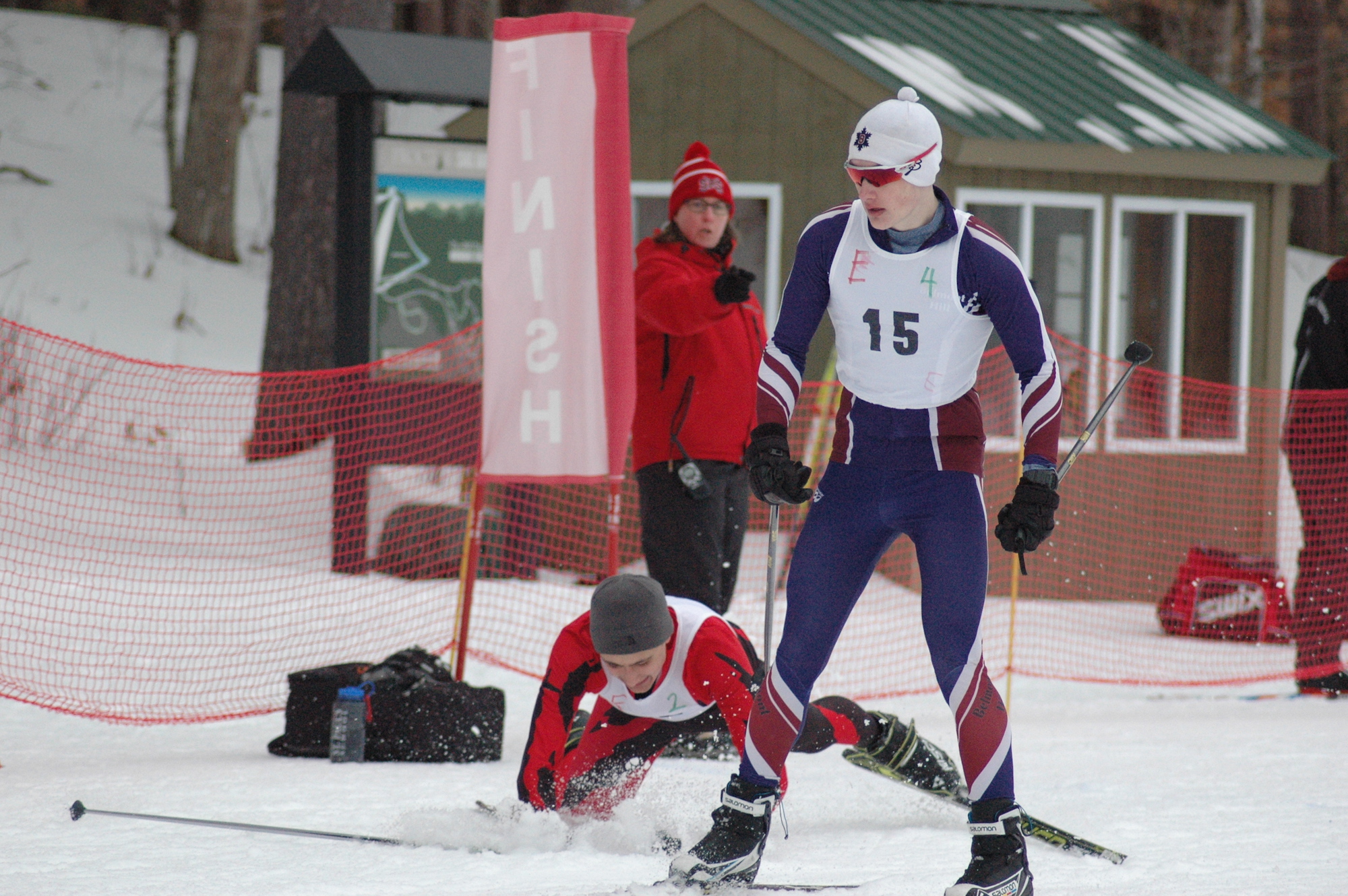 As local residents of Concord, Massachusetts tended to their regular weekday activities, they were greeted by an unusual sight: a parade of Belmont Hill Nordic Skiers in their translucent neon vests and bulky bicycle helmets, hustling to learn the mechanics of roller-skis in time for the season opener at Proctor Academy on December 13th. As the team has eagerly been awaiting snow, efficiency has become a theme for the athletes, who consider each moment of technical practice precious, despite the lack of snow. Supplementing the team’s newfound technical focus, the Belmont Hill Nordic Skiers can be found striding Harvard Stadium, beating the Alpine Ski Team in “zippy fun ball” (with a dominant 4-0 sweep), or training with Stella Strength in the Cross Fitness Center.

Competition at the Lakes Region remains as stiff as ever, and the team recognizes this reality. The Dublin School, Holderness School, and St. Paul’s all strive to maintain their dominance at the Lakes Region level, albeit with notable losses in national-caliber personnel. Indeed, Belmont Hill has adopted an “us-against-the-world” mentality for the upcoming season. Without the availability of natural snow and lengthy ski trails that Northern teams enjoy, Belmont Hill plans to capitalize upon its athletes’ developed endurance capabilities, with all but three athletes following a successful Cross-Country season from the Fall. Adding three freshmen to the team while awaiting the return of James Eysenbach ’19 from a semester away, the Nordic Ski team finds new blood on its roster.

It is a long road to the Lakes Region Championship, where the Nordic Ski team hopes to surpass any precedent established last season. With incremental improvements in practice and local races, Coaches Courtney, Zamore, and Kirby hope to guide the team to its highest potential. Making its season debut against regular Lakes Region competition, the Belmont Hill Nordic Ski team looks for strong results early on.