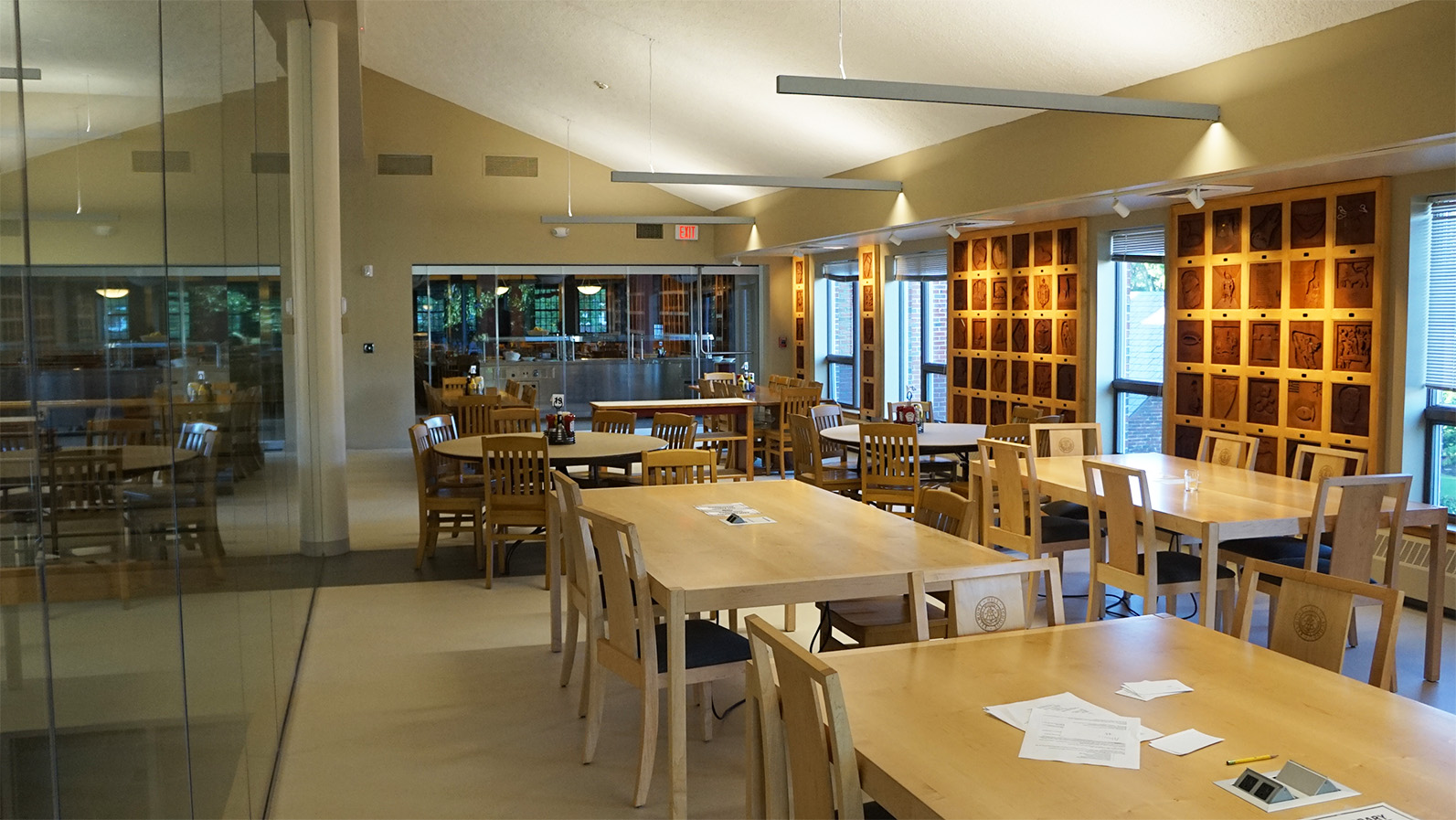 Over this past summer, the Belmont Hill dining room and library underwent a transformation. With the wall that separated the upper level of the library from the dining hall knocked down, the new design expanded the eating area to include more tables for lunch. Along with the expansion, air conditioning was added to the dining room, a welcoming change in the often oppressive heat and humidity of early September. The idea to use existing library space to enlarge the cramped dining room was efficient and allowed for the timely completion of the construction project. Although I was initially concerned that this project would subtract from already limited study space, the upper level of the library is still free to use outside of Upper School lunch, thus retaining its original size.

I appreciate the expansion and the redesigned eating space; the lunch room as a whole appears sleeker. But while the change is mostly a positive one, I do have a few gripes about the new dining hall. First, the goal of the project was to allow for all students to fit within the main lunchroom during Upper School lunch, without having to sit in the back room. However, I enjoyed my time in the back room last year, as it had a more laid-back atmosphere than the main room. Also, the placing of the new salad bar on picnic tables between the new and old lunch areas stands out as a bit unfinished when contrasted with the modern design of the expanded room. Finally, some of the lunch tables in the new area are the same tables which furnished the upper library last year. While this makes sense from a studying perspective, the different table and chair design stands out as incongruous with the rest of the dining hall.

As a whole, the project to expand the lunch room is a success, adding much-needed air conditioning and expanding the dining room to include all students. Although I personally have a few complaints, they are outweighed by the overall efficiency and design with which Belmont Hill accomplished the project.