Party With a Purpose 2018: A Night to Remember

Party With a Purpose 2018: A Night to Remember 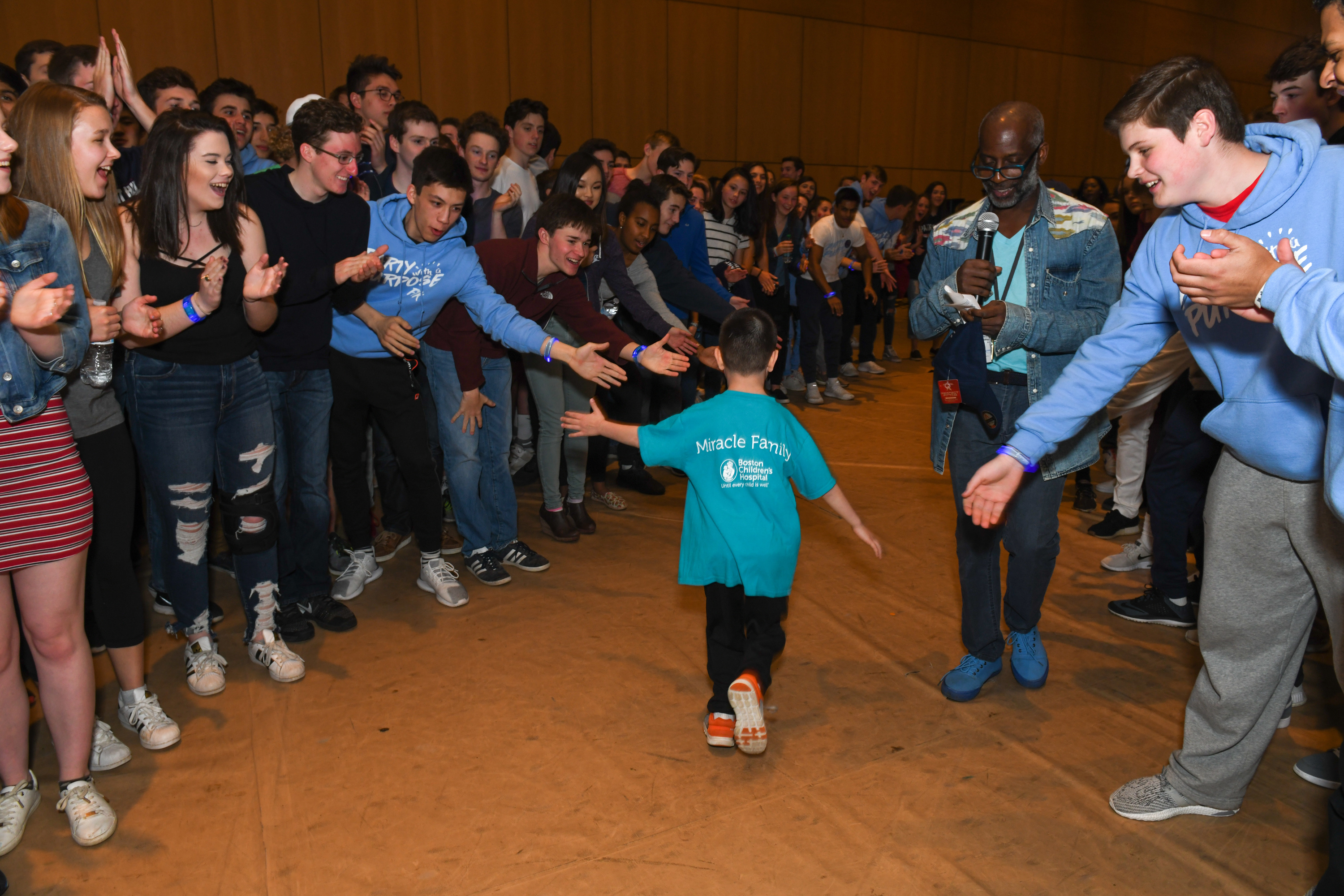 On April 21st, Belmont Hill hosted arguably the largest and most anticipated event of the year, Party with a Purpose. After a multitude of announcements, emails, and a wave of baby blue sweatshirts, the entire school prepared for a night of live music, inflatable games, food, and fun. And while on its surface the Party represents a new tradition of a multi-school extravaganza, it is important to consider the hardships of those who the event was dedicated to. FTK, for the kids, seemingly a simple, clean slogan, comes with a multitude of feelings. For the average student, it is the phrase we have heard for the last few months, but for the families whose children have been through so much, it means more.

After a night of success in 2017, all involved vowed to expand the event into a more inclusive event for 2018. This process began by doubling the core group of schools involved. From the original four, including Dana Hall, Winsor, and NCDS, this year’s Party included students from Nobles, Roxbury Latin, Beaver Country Day, and BBN. Not only has the number of schools involved doubled, but the fundraising goal for this Party was a whopping $50,000. Achieving this goal has sparked new additions to the Party including a raffle featuring a BH Basketball TD Garden Jersey, a signed Tuukka Rask 2011 Stanley Cup Finals Jersey, a signed Terry Rozier Picture, and a $100 Chick-Fil-A gift basket.

The Party can only really be described as a spectacular show of school spirit and community support. To bring the entire experience full circle, a multitude of past and current Boston Children’s patients attended the event with their families. Their inclusion represents the overall beneficiary of the event, Boston Children’s Hospital. With the culmination of this year’s Party, sights are set on making next year the biggest and best year yet.