Playlist of the Issue: December 2018

Playlist of the Issue: December 2018 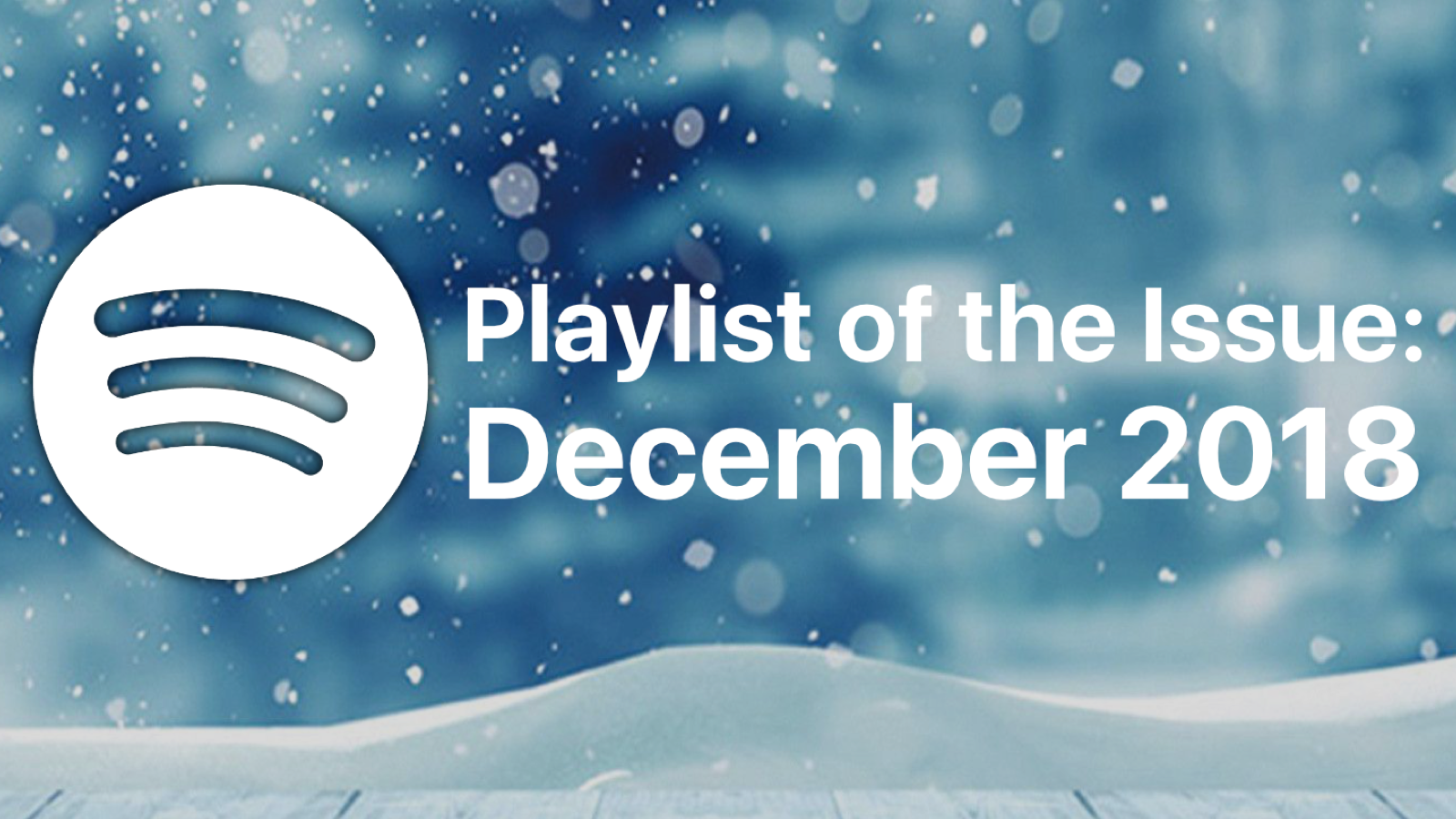 In “A Day Without A Mexican,” Hispanic rapper Kap G calls out Donald Trump’s immigration policy and reminds listeners of the importance of Mexicans in the United States. Kap G begins the track with a question for the president: “We’ve been working. Where the hell you been?” From there, he lists the contributions of Mexican-American immigrants, including working low-wage jobs and Taco Tuesday. But the appeal of the song doesn’t stop at its message. The song also finds the ideal mix of hip-hop beats and Mexican instruments.

Recently released from prison, Meek Mill reflects on his difficult upbringing in “Oodles O’ Noodles Babies.” “Oodles O’ Noodles Babies” is one of two songs from his upcoming album, Championships, which he released early. The song’s title references Top Ramen’s inexpensive line of noodle soups, Oodles of Noodles, which is popular in lower income areas. In the song, Mill explores many traumatic experiences in his early life including the death of his father and concerns about his single mother abusing drugs. The song isn’t all negative, however. Mill also celebrates the success of people with rough childhoods with lines like “When they see us now, they can’t believe it’s us.”

Once again, Chance the Rapper delays releasing an album in favor of a feature on another artist’s track. But that doesn’t mean I don’t enjoy his verses as he teams up with fellow rapper Tee Grizzley, best known for “First Day Out.” Together, through impressive bars and the exuberant repetition of the phrase, “Wake up!”, the duo promotes a better life based on faith and education.

Ever watched Home Alone? Remember the scene when the McCallister family (minus Macaulay Culkin aka Kevin) running through the airport? “Run Rudolph Run” is the rock and roll classic that makes it iconic. Released in 1986 by Chuck Berry, the song’s fast-paced guitar licks and piano playing perfectly reflect the hustle and bustle of the holiday season.

A fixture of any good “What to Play when your Dad is in the Car” playlist, Steely Dan features some of its best songs on 1972’s Can’t Buy a Thrill, and chief among those is “Only a Fool Would Say That.” With a catchy bass riff playing as the tune’s backbone and the mellow jazzy sound belying the cynical lyrics crafting an image of a man telling a young idealist about the harsh realities of the world, the song is guaranteed to get your father reminiscing about sitting by his record player or 8-track in the good ol’ days.

“The Man Who Has Everything” – Chance the Rapper

On Friday, November 30th, 2018, Chance the Rapper released two new singles, one being “The Man Who Has Everything.” Using his smooth, unique voice to create a profound track, Chance creates a melodic and, at the same time, poetic piece as he seems to talk over the slow and mellow beat. “The Man Who Has Everything” is classic Chance; he tackles difficult issues of everything from married life to racial profiling over a slow rhythmic beat.  The track feels nostalgic, almost wistful, with its frequent use of soul samples, reminiscent of 2000s-era Kanye. After listening to his new singles, of which there have been six, the hype for his album release is building exponentially for me. Once again, Chance continues to impress with his musical excellence.

Releasing his album, Cosmic, in 2018, Bazzi burst onto the music scene with his hit single, “Mine.” A more underrated song on the new album, “3:15”’s meaning seems cryptic. In this song, Bazzi strays away from his classic Pop style and creates an R&B classic. I truly underestimated Bazzi; his soothing voice constructs catchy beats and beautifully-crafted songs that you can’t get out of your head. Watch out for Bazzi. He’s on the come up.

I understand that this playlist choice will get some backlash, but I have a soft spot in my heart for Mumford and Sons. For all you folk fans out there, it’s hard to argue against the case that Mumford and Sons is the best folk band in today’s music. Their new album, Delta, released in 2018, is truly one of their best. Frankly, I could’ve chosen any song to put on this issue’s playlist; I believe every song on that album is unique in its own way. However, I chose “Slip Away” because I admire the switch of pace in the song. In some parts, Mumford & Sons create a slow, deep track. In others, they briskly move through the chorus, chanting the words, “You’ll find me holding my breath for you, It’s never more than I can take, I couldn’t have it any other way.”

A true classic. Yes, I understand that Band Aid is well past our time and is a quirky band. However, their Christmas single “Do They Know it’s Christmas” is one of the best Christmas songs ever created, in my opinion. The chorus, “Do they know it’s Christmas time at all?”, really pulls me into the holiday spirit. It’s a unique song and is in a different category from the Bing Cosby-esque music. It’s a little past our time, but we can still appreciate the Christmas joy this song gives us every year. Happy holidays, everyone!

In “Pink Matter,” a song off of the extremely successful Channel Orange album of 2012, Frank Ocean confronts the idea of existential crisis as he melodically sings, “What if the sky and the stars are for show, and the aliens are watching live, from the purple matter?” Frank also addresses the idea of traditional gender roles when he sings, “What is your woman, is she just a container for the child?” asking himself introspectively to re-evaluate his inconclusive view of his partner. “Pink Matter,” through lyrical genius, display of range through falsetto, and Andre 3000’s perfectly flowing raps, is a deeply beautiful and thought-provoking song, perfect for just about any playlist.