Sports Fan Sections at Belmont Hill and at Winsor

Sports Fan Sections at Belmont Hill and at Winsor 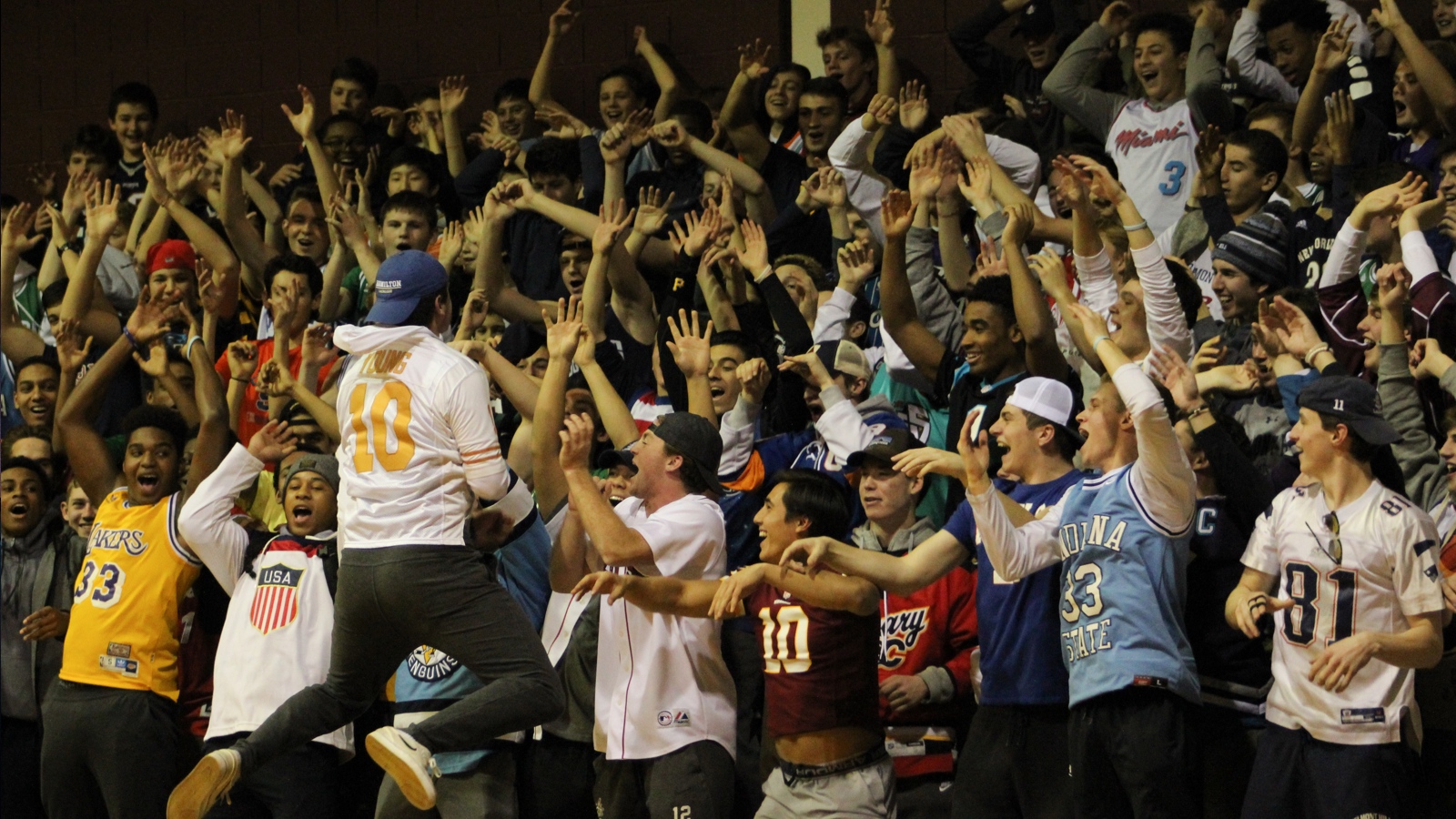 Winsor’s UTL (Under the Lights) and Spirit Week have always been highly anticipated traditions. Each year, in October, students dress up during the week leading up to UTL. These spirited festivities are planned annually by SASS (Students Advocating School Spirit). SASS prepares for the week by choosing themes for the dress-up days, managing fun yard games like mega Jenga, among other things.

The SASS heads in recent years have tried to establish more spirited traditions in addition to Spirit Week. Last year’s heads (Casey Hurley, Madison Lehan, and Sarah Figler ’18) introduced “Wildcat of the Cycle,” where an Upper Schooler is recognized for their contribution to the community. This year’s heads (Nancy Kaneb ’19, Serena Pollard ’19, Lydia Forti ’19, and Caroline Green ’19) created an Instagram for the club. This Instagram (@studentsadvocatingschoolspirit) not only celebrates the Wildcat of the Cycle but also posts support for community events, like games and plays. Pollard said, “We decided to make an Instagram for SASS in order to continue spreading school spirit throughout the year after UTL. We are hoping to encourage more students to support their friends and classmates at sports games, art events, dance concerts, plays, and all other events that Winsor students participate in. By creating an Instagram, a social media account that most students have, we are able to promote students’ achievements.”

While UTL draws large crowds, the fan section is often lacking at regular games. Most often, the parents are the huge majority. However, students often go to games that precede evening events, like Jamnesty or Dialogue Night. Additionally, people will go to Senior Day games, which celebrate the seniors on the team. Still, big games that are important for the respective teams often have relatively small fan sections. Monique Singletary ’19 noted that “People on the team have higher energy when there’s more people at games cheering them on. When there is a smaller crowd, they still play hard, but you notice the difference… Especially when classmates and teachers come to cheer.” She also went to a Beaver vs. Winsor basketball game once and saw that Beaver’s student section was much bigger than Winsor’s. In regards to that game, Monique said, “Even though we have a pretty similar school size, they had a lot more people showing up for their games in comparison to how many people showed up to ours.”

When people do attend Winsor games, some students will occasionally lead the fans through the two Winsor Cheers– “Red Hot” and “Hey All You Winsor Fans.” Besides those cheers, enthusiasm at these games is lacking. How can Winsor increase the number of people who show up to games and increase the energy? Should it be the responsibility of SASS to encourage more fan participation?

At Belmont Hill, things are a little different…

On the Hill, students show up in the masses. Even for away games, the boys will show, in a bus provided by the school or by packing every available student into Upper Schooler’s cars and caravaning to the opponent’s destination. The Hill’s Loop Leaders lead fans into battle with friendly email reminders, hype videos, and of course, the occasional early morning Chapel B-H-S chants. They also sell Loop labeled merchandise every year. But like Winsor, Belmont Hill also has themes for each big game like the Hockey Jungle, Football White-outs, and Beach day in the Fritz.

Last year’s seniors took the Loop to a new level with the creation of an Instagram page (@bh.loop) and many well-made hype videos from Will McCormick ‘18 and Ishaan Prasad ‘18. Through that social media reach and the creativity of this year’s and last year’s Loop Leaders, there has been a stark rise in attendance. This year’s seniors may remember the days of dwindling crowds mostly made up of seniors. Now the Fritz is packed to the point where parents have nowhere to sit and the bleachers are on the verge of collapse every rivalry game. This year’s Loop games were highlighted by the Football Team’s bashing of Milton at Homecoming, packing the Fritz in beach and jersey attire for two rivalry games, and Hockey Games in Needham and against Tabor.

As the crowds have grown, so has the contentious issue of what are “appropriate” chants. While the Loop Leaders always do an excellent job of maintaining friendly chants like “Let’s Go Belmont” and “You Can’t Do That,” sometimes a couple “Safety School” or chant imitations escape against a particular school in Needham.

However, one area that Winsor wins is in the mascot department. Although the Wildcats aren’t all that original, it’s better than nothing or Belmont Hill’s made up “Hillies” or Sextants.

Belmont Hill and Winsor demonstrate school spirit in different but similar ways. Both schools could take some notes from the other in their show of school spirit. While Belmont Hill could follow Winsor’s lead in respectable and controlled chants and how to install lights on the football field for a Belmont Hill’s very own UTL (@tahan), Winsor could learn from the Hill how to get more consistent attendance to sports games. Although both schools’ display of spirit has its pros and cons, a balance between the two levels of school spirit would be ideal.

By Mikayla Chen from Winsor (https://winsorpanel.org/)