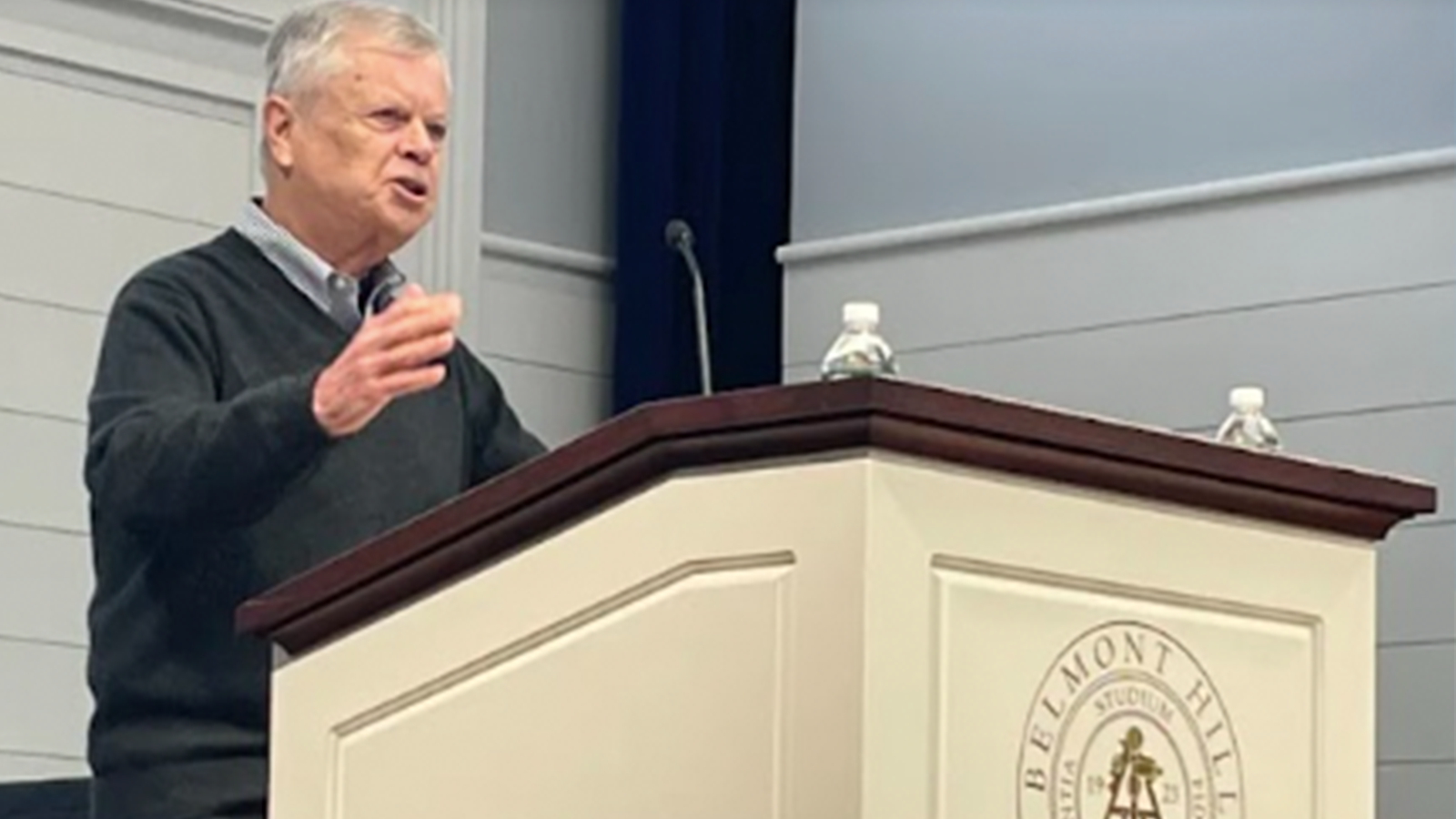 On March 28th, the acclaimed journalist Stephen Kinzer spoke at the Chapel. Kinzer was a longtime foreign correspondent for New York Times and has written many books. He served as a wartime correspondent reporting on various Central American conflicts. He has served in over 50 countries and has been a vital part of the American media. After retiring, he wrote even more books, taught classes at Northwestern, and became a Senior Fellow at the Watson Institute for International and Public Affairs at Brown University.

One of his many books is Overthrow, which outlines America’s role in the subversion of foreign governments for its own gain. This award-winning novel was added to the AP US History summer reading list, and Belmont Hill’s own Sam Atalla 23’ reached out to Mr. Kinzer and put him in contact with the history department chair, Mr. Harvey.  His focus on certain ‘taboo’ topics in U.S. history, including launching coups against potential leaders that could threaten U.S. foreign policy goals, was fascinating to students. When talking about the increased polarization in the American electorate, Mr. Kinzer postulated that the attachment of individuals to mainstream media outlets is one of the main culprits in preventing true, open political discourse in America today. Thus, he encouraged Belmont Hill students to think for themselves and not rely on a single news source to guide their outlook on domestic and foreign politics. He also advocated for absorbing news from many different viewpoints, whether they be on the right or the left, or even down the middle, so that Americans can reconcile some of their political differences with others and understand why one may choose to support particular policies. Belmont Hill greatly appreciates Mr. Kinzer’s visit and hope to have him come back to speak again.