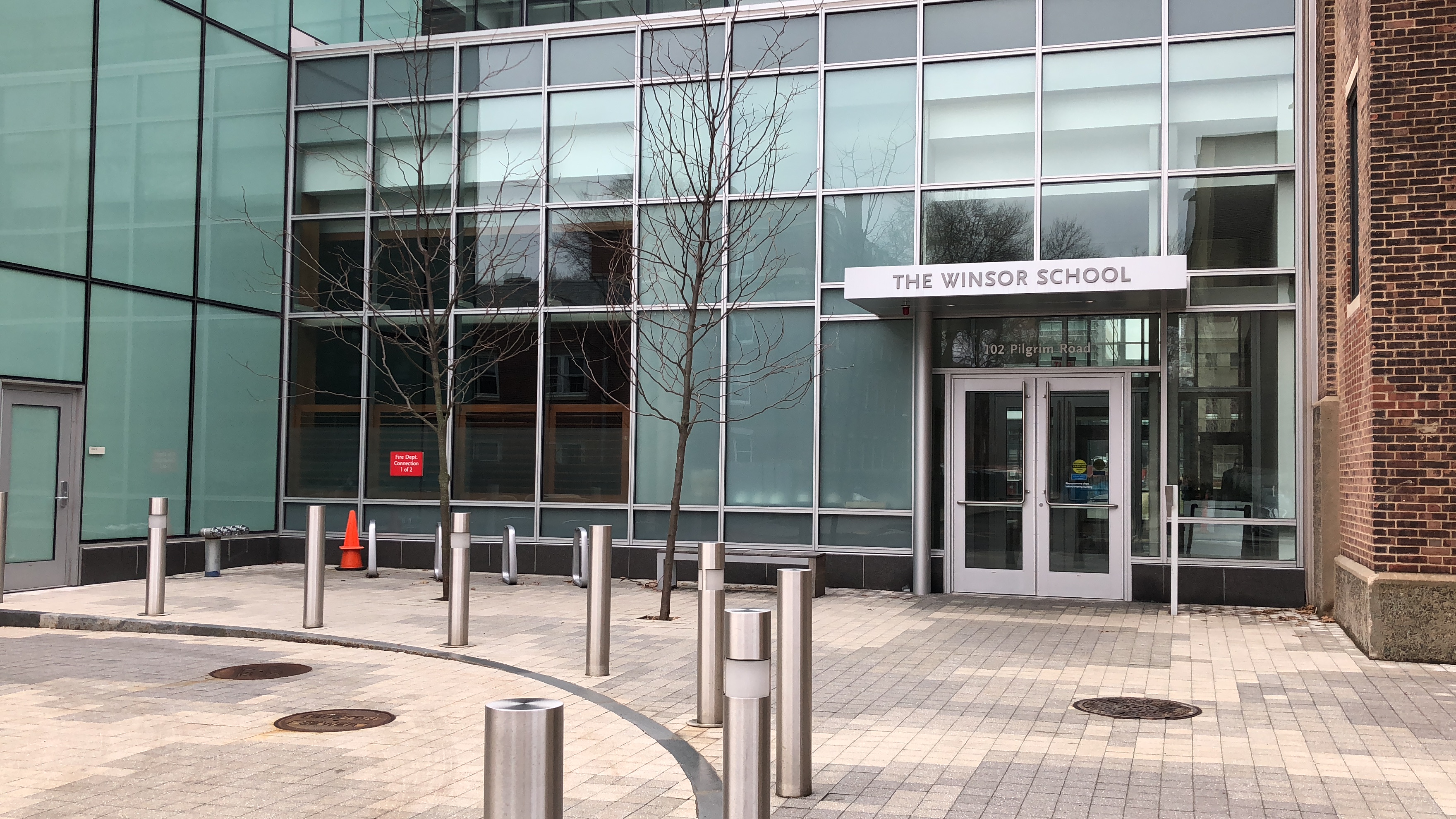 As a Third Former, during one of my first meetings with Mr. Will Slotnick—Belmont Hill’s most utilized outside speaker on stress, meditation, wellness, and risk behavior—he explained the psychology behind decompression and relaxation. He emphasized that everyone needed to find outlets for stress, and anecdotes he shared connected to the lives of us ninth-graders. Fatigue we might have been feeling during four o’clock? Slotnick linked such late-afternoon exhaustion to the body’s fight-or-flight response. Declaring the fatigue an inevitable physiological response to the stressors of our school lives, he went on to explain that the new-found perkiness boys might have enjoyed on the bus home resulted from stress-free interactions with friends and classmates. Relaxation time on the bus revitalized us for nights of homework and studying.

Last month’s day at Winsor impressed me with how well the school incorporates time, spaces, and resources for relaxation and decompression. During a first-period tour of Winsor’s completely connected campus, Ishaan, Arnav, and I came across the school’s “Wellness Wing.” Counseling offices inhabited by Winsor’s Dr. Blackburn and Ms. Warlan abutt a spacious room with soft rugs, bean bags, images of luscious rainforests, and a machine that emits sounds like plummeting waterfalls and flowing rapids. All provide tranquil escapes from concerns or stressors students may experience during the day, and girls are encouraged to use the space to rest, relax, meditate, or simply think.

The Virginia Wing Library’s informal “Netflix Room” later impacted me as another example of Winsor’s commitment to in-school decompression. On the wall of the small room, situated to the side of the library’s first-floor workspace, hang three items: a flat-screen television, an Apple TV capsule, and a laminated instruction sheet that reminds students to turn off the system when finished and to “Enjoy!” The room’s most frequent use, girls interested in enjoying Netflix with friends on a free block, provides for its friendly name.

“It’s their time,” librarian Ms. Stern emphasizes when I seem surprised. Her comment reflects an institutional regard for free time that students have during the day, and in addition to the Netflix room, Winsor maintains unrestricted access to Twitter, Instagram, Snapchat, music streaming resources, and games. No sites are blocked.

Winsor’s urban location and schedule also make for longer free periods which students can utilize more productively. During a typical one-hour period, students can buy food in Longwood and as second-semester seniors, they can access the rapidly developing Fenway neighborhood. The school’s new Lubin O’Donnell Center for arts and athletics features an expansive fitness center students may use during the day, and working out during a free can also fulfill a student’s fitness requirement. Televisions in the Lubin O’Donnell center and even the cafeteria lighten the school’s mood—dining staff projected an Eagles-Patriots game the Friday before the Super Bowl.

The structure of the schedule itself regulates the pace of each day. Though Milk and Cookies is typically a quick pit stop for Belmont Hill students, Winsor’s twenty-minute snack has become a destination, and girls flocked to the cafeteria to socialize and enjoy free cereal, fruit, coffee, tea, crackers, and killer chocolate milk. Scheduling time for homeroom, advisories, and all-school meetings during late morning and lunch in the early afternoon pleasantly divides the day. In Winsor’s Upper School, two afternoon classes are the only classroom engagements that occur consecutively each day.

Back at Belmont Hill, Mr. Slotnick spoke to teachers, instead of Third Formers, at last Thursday’s faculty meeting, reminding them that boys, like all humans, need to decompress. Fortnite, the free survival video game whose popularity has mushroomed in recent months—a quick glance at Form I Roman vases with inscriptions like “#1 Victory Royale” displayed in Robsham’s main hallway is proof of the game’s success at Belmont Hill—has become a means of decompression for many. For others, Netflix’s latest binge-worthy hit may work effectively, and for still others, shooting hoops or vibing to Drake’s latest hit may be ways to relax.

No matter the activity, both humans and Belmont Hill boys rely on daily time for carefree, stakes-free relaxation, yet Belmont Hill has struggled to structure this reality. Numerous websites and apps—ranging from social media platforms to Netflix and Xfinity—are blocked on the school’s wireless servers. Use of new rooms in the Melvoin Academic Center that feature large televisions and HDMI connections are almost always forbidden—two anonymous seniors who tried playing Fortnite during a free block last month were quickly asked to leave. The school heavily restricted YouTube during the 2016-2017 school year, and the site remains restricted for Middle Schoolers. In fact, Belmont Hill’s Upper School schedule, which subjugates lunch to the day’s end and conducts school meetings at the beginning, often contributes to frenzied, fast-paced days, especially when students’ X Blocks are occupied by activities, meetings, and double blocks. Aside from the Sixth Form experience in Goodband Commons, other grades also lack common spaces in which they are encouraged to meet and socialize. Instead, Belmont Hill expects X-Blocks to be spent in silent study halls and teachers’ classrooms as productive periods for coursework and only coursework.

For six years, I have proudly ingrained Belmont Hill’s all-business mentality, avoiding distractions and donning a tie and blazer to acknowledge the significance of each precious day I spend on campus. The school day has exclusively been a time for work, but should it be? Would structured time for in-school decompression unnecessarily derail boys from the demands of their workload? Or would it encourage refreshed thinking and renewed motivation in later classes and activities? Whatever the answer, Winsor’s example is certainly one to consider.