Students Compete in the Makerspace Competition

Students Compete in the Makerspace Competition 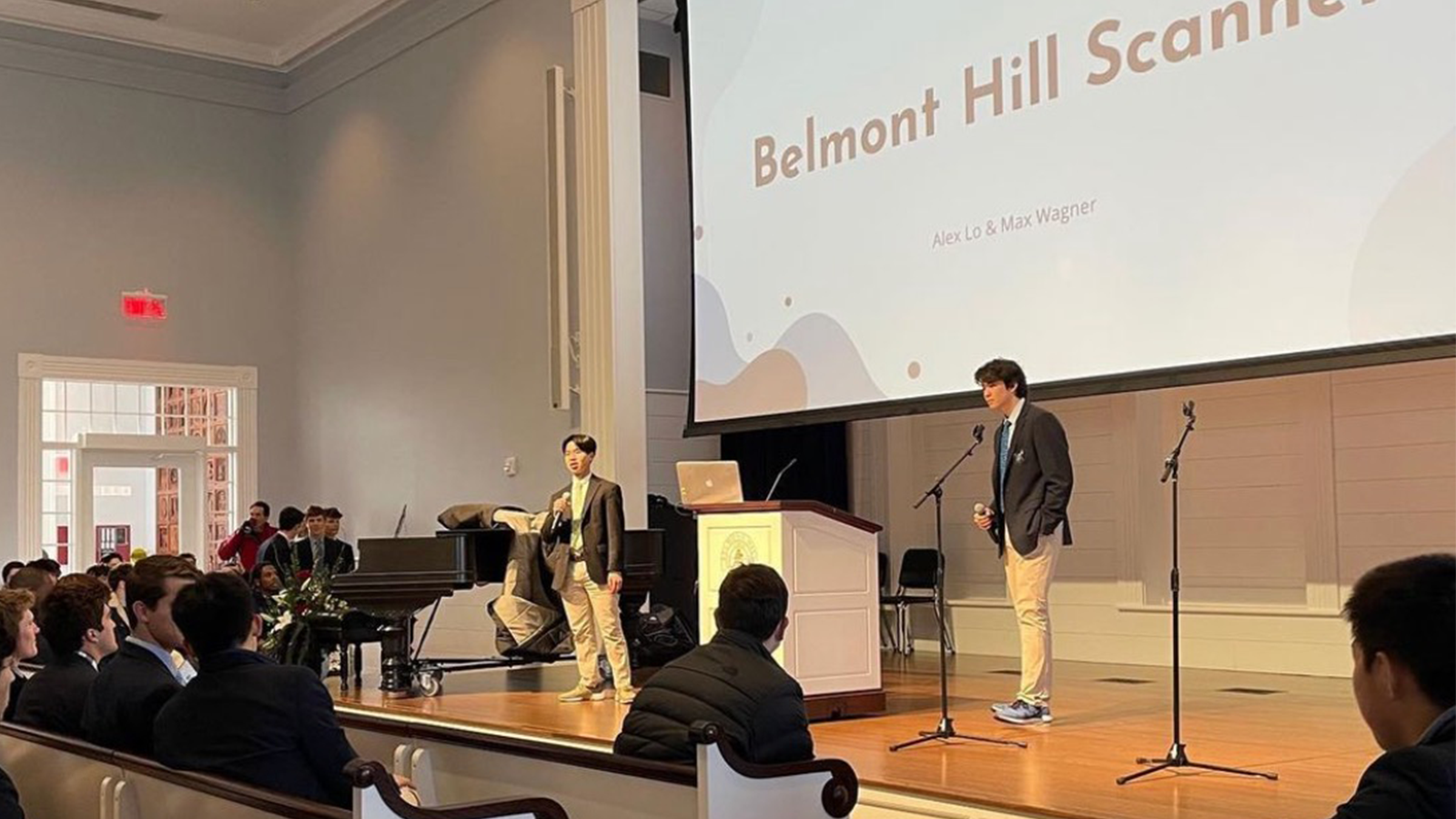 On Monday, April 4, the Maker Prize final pitch presentations were held in the Chapel. Inspired to make a “hackathon” style event, Mr. Ziff, Director of the Bolles Makerspace, created the competition as a way for students to propose a comprehensive solution to a problem at Belmont Hill. While a traditional hackathon lasts 24-36 hours of intense design and coding, Mr. Ziff modified the program to work with the boy’s busy schedules and allowed each group to create a more in-depth proposal. The school-wide competition started with boys from all forms split into seven teams of 2-3 and commenced at the start of the third quarter. During this time, the students wrote a proposal, created a prototype of their solution, and a short presentation. The two teams that made it to the finals presented in front of the school.

To solve the school’s problem of excess recyclables and a need for cheap plastic for the Makerspace’s 3d printers, Connor Emmert, Dietrich Jacobs, Ezra Lee, and Aaron Green proposed a new recycling system. The group saw that Belmont Hill has an overflow of recyclable plastics which could be utilized on-site. PETs (Polyethylene terephthalate) from plastic bottles and food containers would be recycled on campus and transformed into plastic spools. The system would be almost fully automated and fuel Makerspace 3rd printing eliminating extra plastic purchase.

Max Wagner and Alex Lo presented a new scanner sign-in system. Signing in is a hassle, especially when boys show up minutes before their first class and do not have time to get across campus to check in at their homeroom. To fix this problem, Alex and Max proposed installing several scanners placed around the school’s entrances, which utilized the barcode on IDs to check kids in automatically. Mr. Ziff agreed with the majority of the student body: “It was a great idea. It was definitely the winning idea. In this case, I would love to see it implemented and I know the boys have a little work to do to figure out the logistics, but I think they’re very close to being ready if they want to proceed.” Having clearly impressed the student body, Max and Alex won the prize and will be presenting in front of the board later this month.

Mr. Ziff reflected that “the timing wasn’t as ideal as I would have liked, but I thought it worked out fine for the first year and will probably adjust the timing for next year to give students more time where they have less responsibilities.” Next year he plans to start the competition before winter break and hopefully expand participation to more teams. As Mr. Ziff continues to promote the new maker space, this competition will surely continue to be a spring highlight in the coming years.