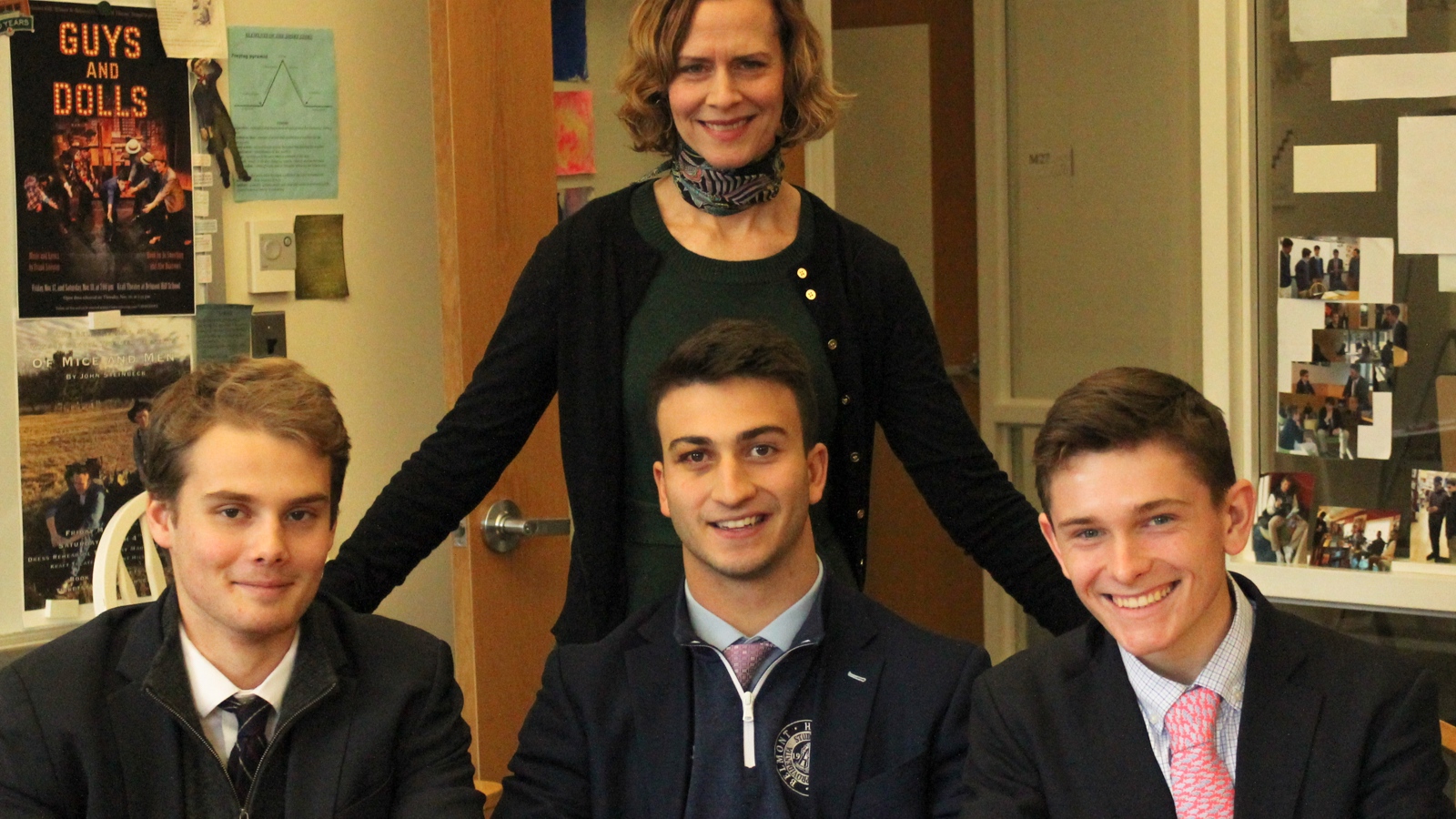 Recently, three seniors, Thomas McEvoy, Shane Rockett, and Jack Vander Vort, from Dr. Tift’s rhetoric class received honorable mentions in the New York Times Student Review contest. Students, ages 13-19 from anywhere in the country, choose from 10 different categories, such as  books, video games, music, movies, theater, TV, fashion, architecture, dance, art, restaurants, hotels, and technology and write a review about their selected topic. They submitted their 450-word maximum pieces earlier in November, and award winners were announced in the beginning of January. From a pool of 1,964 submissions, there were only 10 winners, 13 runners-up, and 32 honorable mentions. After Arnav Prasad’s (’18) recognition as a top 10 winner last year, there is clearly a trend of success for Belmont Hill writers in the annual contest.

Dr. Tift reflected on how senior year is a great time for students to write about their interests in the midst of their college essays. In her English elective rhetoric class, students are able to explore their opinions and weigh the value of online reviews. Dr. Tift said, “I’m thrilled to see these three writers recognized for using their distinctive and original voices not only to express informed opinions but also to back up those opinions with entertaining and effective examples. I love the freedom the contest offers.” While only three writers were recognized by the New York Times, there were a lot of creative reviews written in her class. For example, Kevin Michael O’Boy explored the combination of Buffalo Chicken and Pizza and Isaiah Gomes wrote  about Air Jordans. Thomas McEvoy said, “There were a lot of other great papers in our Rhetoric class and I’m surprised they didn’t receive recognition as well.” Prize-winner Jack Vander Vort wrote about the restaurant Alto’s adventure in Commander’s Palace, New Orleans. He chose the spot because in addition to serving the best food he had ever tasted, it was incredibly unique; the restaurant was established in a former plantation house with a band walking around playing any requested song.

After talking with the three prizewinners, it was clear that they owed their success to Dr. Tift. Shane Rockett attested, “Dr. Tift’s insight and advice was the key to improving our reviews to the NYT standards.” While Thomas McEvoy said, “Thank you to Dr. Tift for encouraging the whole class to craft a review. I thought the openness of the review contest was super neat – anyone could write a review on anything.”