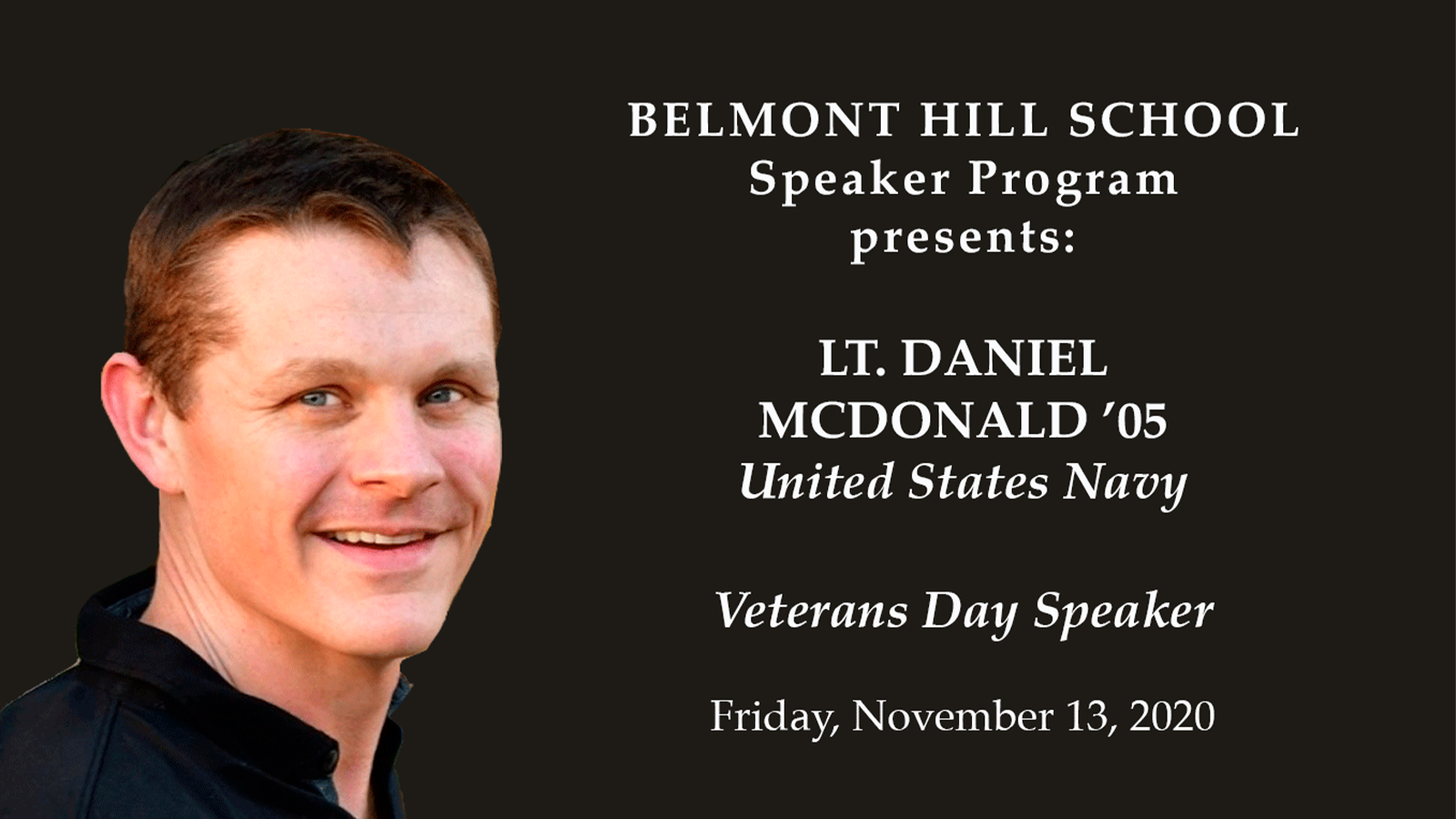 Veteran’s Day is a time for American citizens to reflect on those who served for the United States and risked their lives for the sake of protecting our Constitution. Belmont Hill usually remains open to give students a day to reflect together and the time-honored tradition of a veteran, normally an alumnus, speaking about their stories and advice for students. This year, due to COVID-19, the chapel talk was moved two days after Veterans Day to allow for reflection and discussion in advisory while everyone was on campus. This year, the esteemed speaker was Belmont Hill alumnus Lt. Daniel W. McDonald ’05. When introducing Lt. McDonald, Mr. Schneider, Head of School, spoke not just about Lt. McDonald’s military achievements but about his life on campus. Lt. McDonald was a member of many extracurricular activities and sports, but what stood out was how his activities edged towards helping others especially as a Peer Leader head and this reflected on his theme of being a part of something bigger than himself.

Lt. McDonald started his speech talking about the impact 9/11 had on his choice to join the armed forces. He described his reactions as he witnessed the event for the first time in the old Howe building on campus. He spoke about resiliency, support of one another, and commitment to military service he noticed rising in the country after the disastrous day in history. A moment of silence was also held for those who attended Belmont Hill and paid the ultimate sacrifice while in the line of duty. This galvanizing event led to his eventual joining of the US armed services to help make a difference and protect the country from foreign threats.

After speaking about his journey to service, he urged students to think about a question, “What is service to you? You have been given great resources: how will you give back to the community that has helped you so much?” One way is to be inspired by these annual speeches and the accounts of millions of other soldiers who choose to serve the country through military service. Many past Belmont Hill students have chosen that path. The Panel would like to extend its most gracious thanks for everything Veterans have done for the United States of America and to help safe from harm. Thank you Lt. McDonald for your strong and powerful speech.