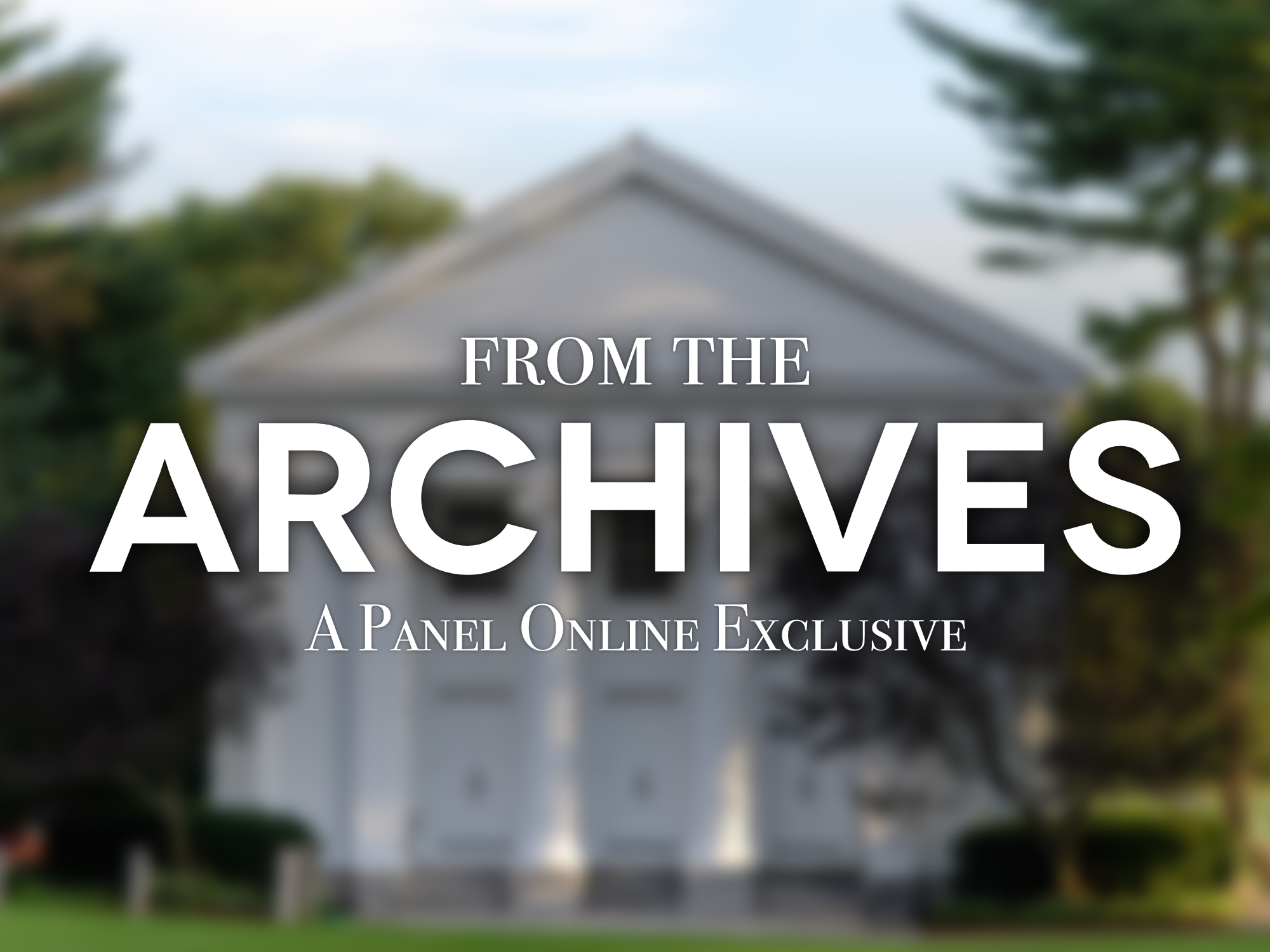 This year, the 66th Editorial Board of The Panel has chosen two core themes for the publication — retrospection and celebration. From exploring the history of the Hamilton Chapel, to considering the announcements of the most recent Heads of School, we at The Panel have found great enjoyment in linking Belmont Hill’s past to its present. Throughout the year, The Panel intends to include excerpts from older editions and articles, providing the student body with an accessible means to investigate the Belmont Hill experience from 1923 to 2017. As we embark on our school’s 95th year, we at The Panel hope to lead the school through the beginning of an important transition period. The process of both celebrating and re-evaluating the past will be as important as pondering the future.

This question has been in the minds of all concerned for the last few months. The idea of a newspaper has been well received for it seems that Belmont Hill has become a school used to rapid change; the major objections have been along the lines of “What can a newspaper give us that The Sextant couldn’t?” We of the newspaper staff feel obligated, therefore, to answer this question completely in this, our first issue

The first obligation of any school’s publication, be it magazine or newspaper, is to record the events of the school year. This The Sextant did well, but with more time and space, and armed with a board infinitely larger than the eight man Sextant News Board, The Panel will do the job more completely, and with greater detail.

Another important service which The Sextant performs is to present the school’s literary and artistic achievements in an attractive form. By leaving these two departments to The Sextant, we will, in addition to leaving The Panel more space, at the same time arouse new interest in the school’s literary ability, and start what we hope may be a stimulating rivalry between the two publications. The Panel will, of course, serve as The Sextant did, to keep alumni, parents, and other schools accurately informed as to goings on at Belmont Hill.

Our newspaper now seems justified in its existence, but that is not enough. We want more than a mere change in the size and form of Belmont Hill’s publication. The most important of these “extras” will be found here on the editorial page, and in the “Letters to the Editors” column. Organization and expression of student opinion are two of the most beneficial services that The Panel will offer the school; services which The Sextant, with its small size and restricted publication, could not satisfactorily fulfill.

In essence, we sincerely hope that The Panel will serve to draw the school closer together, and make its various elements better known to everyone. In danger of making ourselves “super patriots, who scream and holler about school spirit,” to quote Sextant editor Norris Hoyt, we venture to challenge the main point of his December, 1952, editorial, “…that school spirit must develop by itself, and that any attempt to speed up or modify its evolution, by outside stimuli, is likely to kill the organism or turn it into a Frankenstein.”

We plan to make our paper an “outside stimulus,” which by considering every member of the student body as a possible contributor, and by accurate and complete news coverage, will not only increase school interest, but will keep it alive.