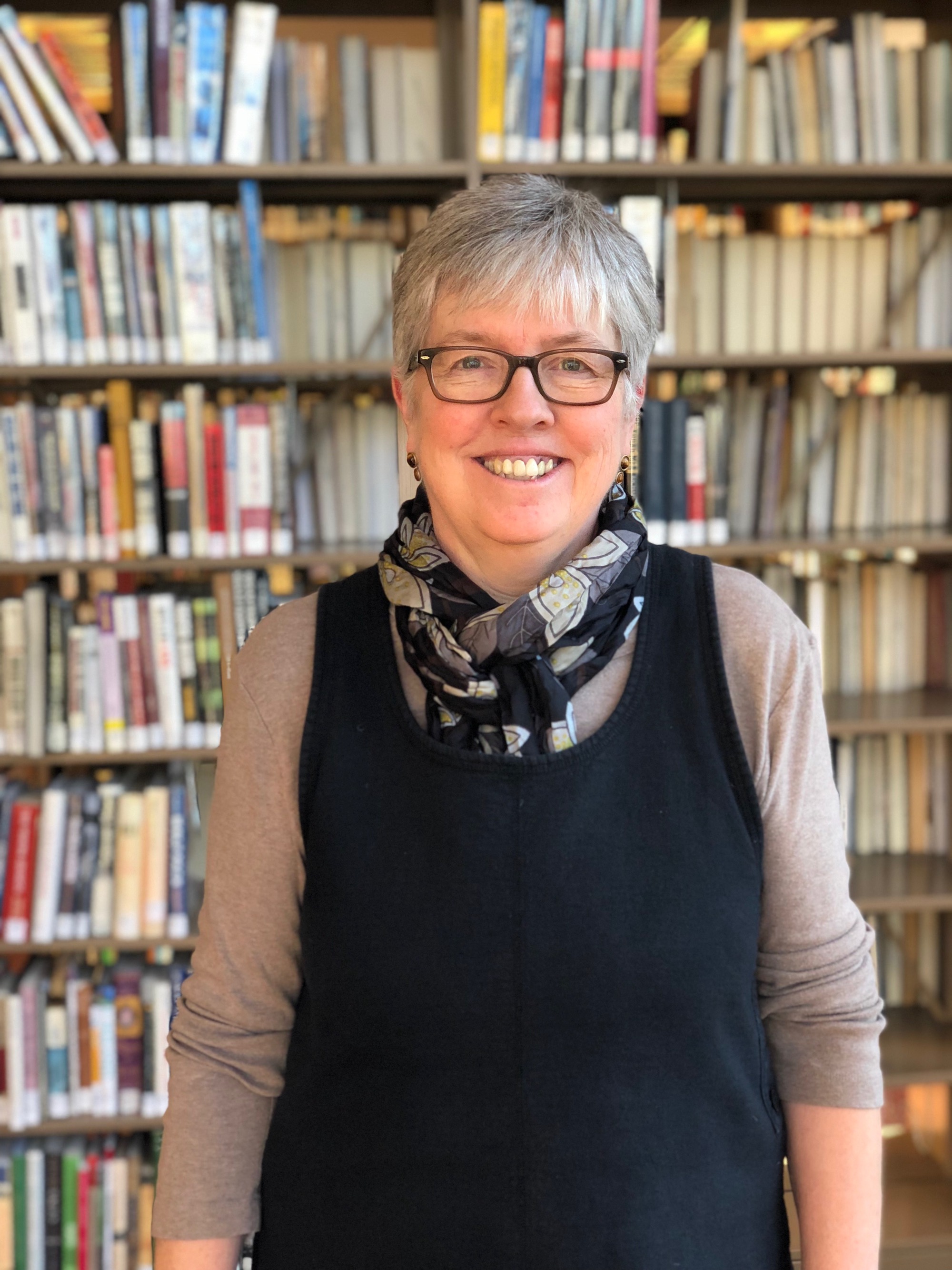 Earlier this semester, the Belmont Hill community welcomed Ms. Liz Gray as the interim director at the William H. Byrnes Library. Assuming many of Mr. Hegarty’s roles on campus — from advising The Panel to working with the Meadowgreen and Belmont Public School student volunteer groups — Ms. Gray has quickly immersed herself in campus life on the hill.

Growing up in Rome and London and attending the American Community School, Ms. Gray participated in much of the traditional American high school experience, all while living abroad. Debating at The Hague as a part of her school’s Model United Nations team and serving as her school’s yearbook editor during her senior year, Ms. Gray was an avid reader and a frequent audience member at London theater productions — during her four years of high school, she saw more than 110 plays and shows! Inspired to love learning by her eighth-grade teacher and her parents, Gray always knew that she wanted to work with teenagers. Following her first job as an English teacher at The American School in Switzerland, Ms. Gray has worked in education ever since.

Ms. Gray is no stranger to independent school libraries in the New England area. With a bachelor’s degree in English from Reed College, a master’s degree in English education from Tufts University, and a master’s degree in Library Science from Simmons College, Gray served as the library director at Chapel Hill-Chauncy Hall and Dana Hall Schools. Working at both of these Greater Boston-area prep schools offered Ms. Gray an opportunity to interact with colleagues at Belmont Hill. Spending time at both co-educational and all-girls schools, Ms. Gray is excited to now work with an all-male student body. While noting the similarities in philosophy and vision between the three schools, Ms. Gray also acknowledged the inherent differences — unlike Chapel Hill-Chauncy Hall and Dana Hall, Belmont Hill is primarily a day school and has few international students.

While at Belmont Hill, Ms. Gray hopes to inspire students to explore new reading interests and help them to follow their passions. Heeding her own advice, for the past few years, Ms. Gray has followed her passions in quilting, knitting, calligraphy, and writing — crafting 25 quilts and recently completing a memoir about her discovery in mid-life that she was adopted at birth. As an experienced librarian, writer, and mentor, Ms. Gray is more than ready to take on her many roles at Belmont Hill this semester. We on The Panel look forward to working with her and wish her the best of luck for the year!