One Year Out – Checking in with Mrs. O’Connor

One Year Out – Checking in with Mrs. O’Connor 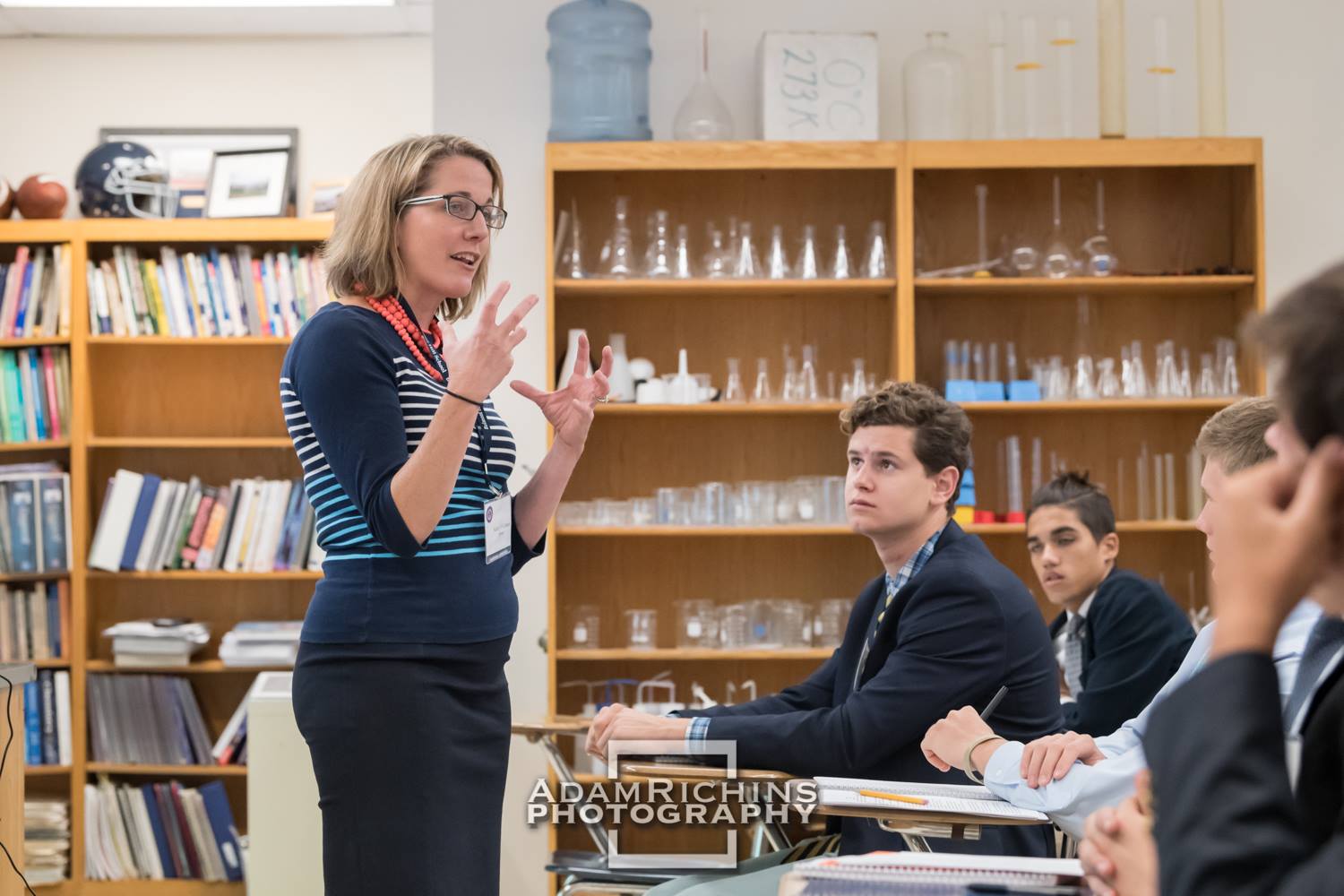 In this edition of One Year Out, I talked with Mrs. Nancy O’Connor. Whether you know Mrs. O’Connor from Middle School track, or from her enthusiastic embrace of all things science, we have all enjoyed her first year.  Well….not exactly. While it is true that Mrs. O’Connor joined the Belmont Hill faculty in 2016, what is less well-known is that she taught and coached at Belmont Hill from 2002-2006. Currently teaching first-form Science, fourth-form Biology, and fifth-form Chemistry, her undoubted science expertise is felt throughout the school. Having made the great escape in 2006, it is only natural to wonder what she was thinking when she chose to return. My suspicions were amplified when she struggled to answer my traditional leading question – What do you like most about Belmont Hill? After a lengthy pause, during which I imagine she was sifting through the profusion of virtues, she concluded that she simply  “loved being a witness to the excellent relationships the boys form with each other.” I was sure she hadn’t returned in order to further endure  the culinary adventure that is school lunch,  but because she was impressed with the “support and trust” within the faculty. Unwilling to be provoked into labeling the hamburger casserole as the worst thing about BHS, she chose a disappointingly mundane complaint about her morning commute from her home in Southboro. Assuming she’s telling the truth, this says a lot about the quality of our school and the people that make up the BHS community. Mrs. O’Connor’s husband betrayed the school by asking her, “Why don’t you work at St. Marks–we live across the street?” Lucky for us, Mrs. O’Connor, chose to bring her talents back to Belmont and make our faculty even stronger.

When asked about what has surprised her most, Mrs. O’Connor reflected on her first interview for the position at Belmont Hill. “When I first interviewed here everyone seemed so serious because it was the days leading up to the exam, which I didn’t realize, and there wasn’t a lot of laughter in the hallways. But, what has surprised me the most is the humor and irreverence in the classrooms and the science office. We have a lot of fun.” Certainly, Mrs. O’Connor is one of our most likable teachers, always managing to maintain her keen sense of humor while projecting her contagious positive energy. A strong advocate for all-boys education, Mrs. O’Connor spoke of her surprise at “how vulnerable the boys can be with me. In a coed situation, they are not always given that opportunity.” She is well placed to compare the differences between coed and single-sex education, having just completed three years at Rivers School and having previously taught at Gann Academy, Park School, and Dedham Country Day. Her remarkable resume also includes a B.A. in psychology with a concentration in neuroscience from Williams College and even a stint at Mass General Hospital. Finally, she believes that “I have found my home here at Belmont Hill.” It is great to have such a talented teacher in our midst, and, following a successful first year back, we all hope she will stay with us for many years to come!