The Language Requirement At Belmont Hill

The Language Requirement At Belmont Hill 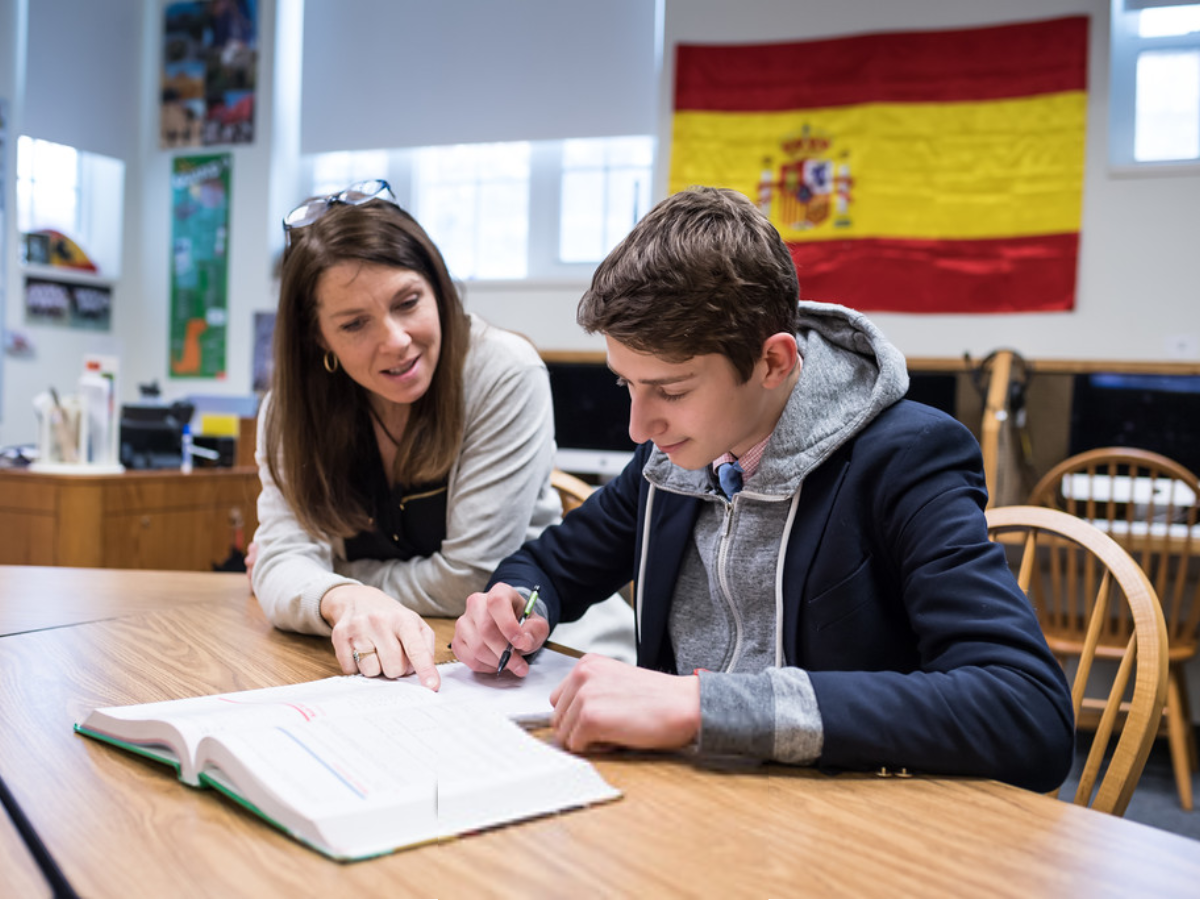 Whether he likes it or not, every student at Belmont Hill must take a language at least through level three. There are certainly many benefits to this rule. Communication enables us to better understand and connect with the people around us and learning a modern language allows you to effectively communicate with many more people from around the world. Good communication skills allow you to resolve differences, come to agreements and foster lasting relationships. The requirement allows students to fully immerse themselves in the culture and language of another country or, in the case of Latin, an empire. Mrs. Montanaro, as the head of the language department, believes strongly in the importance of learning a modern language. According to Mrs. Montanaro, “the US is the most monolingual country,” and so it is important to learn another language if we are to compete…and connect with foreigners. In a world where globalization continues to rise and the country becomes progressively more diverse, it has never been more important to be comfortable with a second language.

I agree with Mrs. Montanaro that there is value to learning multiple languages at a high level, but my only concern is the experience of the incoming 9th graders. When I asked Mrs. Montanaro if she had any advice for new freshmen with little to no language experience, she replied that they should “go with what they enjoy or have some connection to; it depends on what they’re interested in.  A modern language is something that you will use the rest of your life, whether in the business, travel, family or social arena.” This is great advice if they are interested in modern languages, but it does not apply to students interested in Latin. While modern languages may be valuable, they are not for everyone, and many new third formers wish they could take an introductory Latin class. This is a course the school should consider if they find enough interest.

The language requirement is a great way to introduce students who may be initially hesitant to an important skill, but it can also complicate schedules, especially for kids who come to Belmont Hill in ninth grade or later, possibly interfering with their ability to take classes they are passionate about.