A Tradition of Wastefulness

A Tradition of Wastefulness 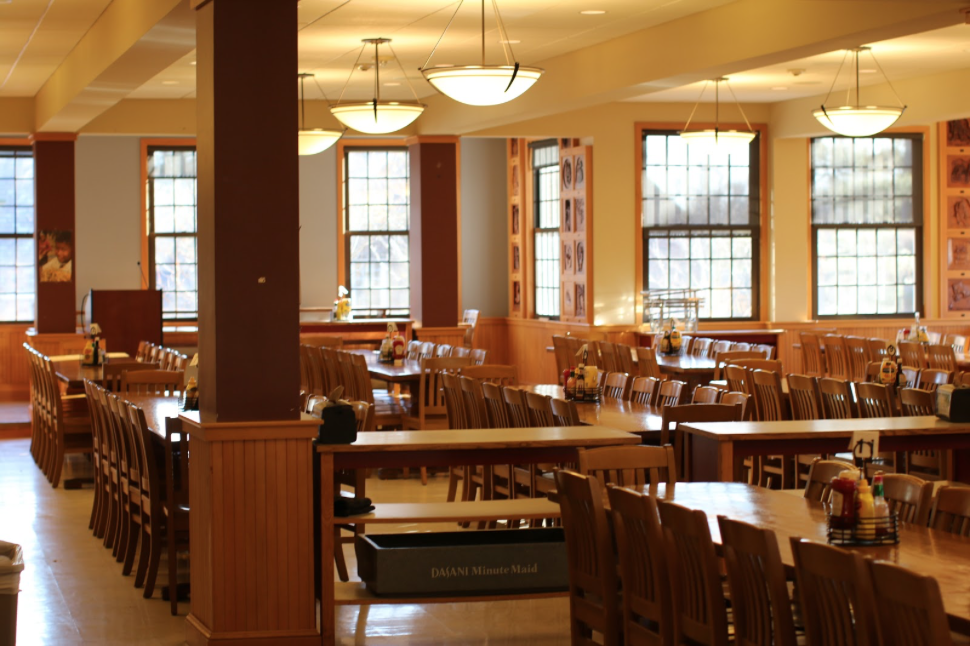 One of the Belmont Hill trademarks is the “family-style” lunch system. Instead of having each student individually fill a plate (like walk-through lunches), a waiter collects two or three bowls of that day’s lunch for each table. Initially, the table’s proctor prepares servings for each student at the table, and then leaves the bowls of food on the table in case students want seconds. The purpose of the system is to create, as the name suggests, a “family” meal atmosphere. If a student at one end of the table wants another serving of chicken nuggets, they have to ask other students to “pass the nuggets,” much like what would occur at a traditional family dinner. As a concept, the system seems practical; fostering a welcoming, co-dependent relationship during meals. But there is an issue with the system: food waste.

“Even with [Belmont Hill’s] constant promotion of consciousness of food insecurity, the wastefulness of our own lunch system is overlooked.”

According to the traditional “whoever kills it fills it” rule, if a bowl becomes empty, the student who took the last serving must refill it at the lunch counter for the rest of the table. However, as a waiter, I have often found myself dumping out entire bowls of chicken or trays of meat into the garbage–wasted food that could have been better used elsewhere. Some pin the problem on the lunch itself, claiming that if they enjoyed the lunch, they would have eaten it, and therefore there would not have been any waste. But even with the most popular lunches at school, such as General Tso’s chicken or Turkey Dinner, waiters dumping out full bowls of food at the end of the lunch period is a common sight. This is a result of the aforementioned “refilling” system that is an inherent byproduct of the family-style system.

It is a common occurrence during a lunch like General Tso’s for a student to refill the bowl, and return with a heaping pile of chicken, only to learn that no one wants any more. The result is an entire bowl of General Tso’s chicken dumped into the trash at the end of the period. This is only one potential instance; the “before you get more, ask whom it’s for” rule does not always apply. Often half-full bowls of food are dumped out, as it is hard to predict how much food each student will take after the bowl has been refilled.

Belmont Hill places a great deal of emphasis on the problem of world hunger. Oxfam banquets and fasts are held annually to educate students on how many people live in perpetual food insecurity. In fact, a recent chapel talk about the annual Turkey Drive, which raised 570 meals for families in need, pointed out how one does not have to look far to find people suffering from hunger–many are afflicted here in the Commonwealth. But even with the constant promotion of consciousness of food insecurity, the wastefulness of our own lunch system is overlooked. Yes, the family-style meals promote a friendly atmosphere, and yes, the system is a tradition of the school. But full trays of food, food which is desperately needed elsewhere, are emptied into a trash can at the end of each lunch. We could institute a process whereby a student must ask how many people want more food before he goes to refill the bowl. Additionally, the kitchen staff could refill bowls conservatively so as to prevent heaping piles of food being thrown away. As the family-style system is inherently wasteful; Belmont Hill should take further steps to decrease lunch wastefulness and move in a direction that more carefully stewards our food resources.